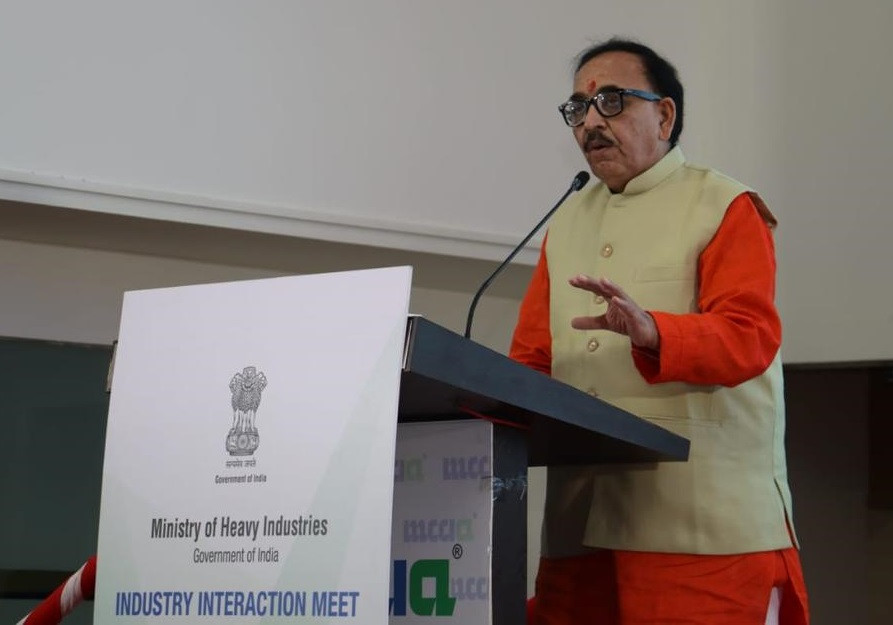 "The auto field contributes to about 14-15 percent GDP, which can go up to 25-30 percent and can support the PM's vision for making India a $ 5 trillion economy. The sale of Electric Vehicles has increased drastically in the last few months due to the various schemes and subsidies provided by the government for encouraging the use of electric vehicles. However, there are various challenges we must counter including the price and the charging infrastructure. To overcome one of these problems related to charging, I am going to urge the Automotive Research Association of India (ARAI) to develop the technology that reduces the charging time," stated the Minister of Heavy Industries.

He was speaking after the industry interaction meet organized by the Ministry of Heavy Industries in association with ARAI, SIAM, and ACMA to share information about the production linked incentive scheme (PLI) for the automotive sector.

"Since charging is the main concern when it comes to the use of EVs, the Government has chosen nine expressways where 6,000 charging stations have been sanctioned and about 3,000 shall be installed soon. The Advanced Chemical Cell (ACC), which is the main component of the EV battery is currently imported. About 30 percent of the cost of the EV is the cost of the battery itself. This can reduce if it is locally produced. This is possible because about 70 percent of the material used in the manufacturing of lithium-ion batteries is already available in India. With these newly introduced PLI schemes, the government is providing support up to Rs. 362 crore per Gigawatt in this sector of EVs," Pandey said.

He also emphasized the government's FAME I and II (Faster Adoption and Manufacturing of Hybrid and EV) scheme, which has now been further extended by another two years to March 31, 2024. "With the Production-Linked Incentive (PLI) Scheme, it will lead to an investment of Rs. 42,500 crore and will further accelerate the manufacturing of components and batteries in India. The government is providing financial support up to 8-13 percent for Auto Component manufacturers and up to 13-18 percent for EV manufacturers through the scheme. This will also facilitate the creation of about 7.5 lakh new advanced-level employment opportunities," he added.

The new facilities at the proposed Battery Safety Test lab will serve the industry's needs of Electrical Abuse test and Mechanical Abuse test of Electric and Hybrid vehicles. The facility will also host a thermal runaway, full-fledged BMS simulator, water immersion, and battery pack crush facilities in the coming days. ARAI is augmenting existing battery testing capabilities by setting up this new laboratory in the view of increasing variety, sizes, capacities, and volumes of xEV batteries coming for testing, validation, and development