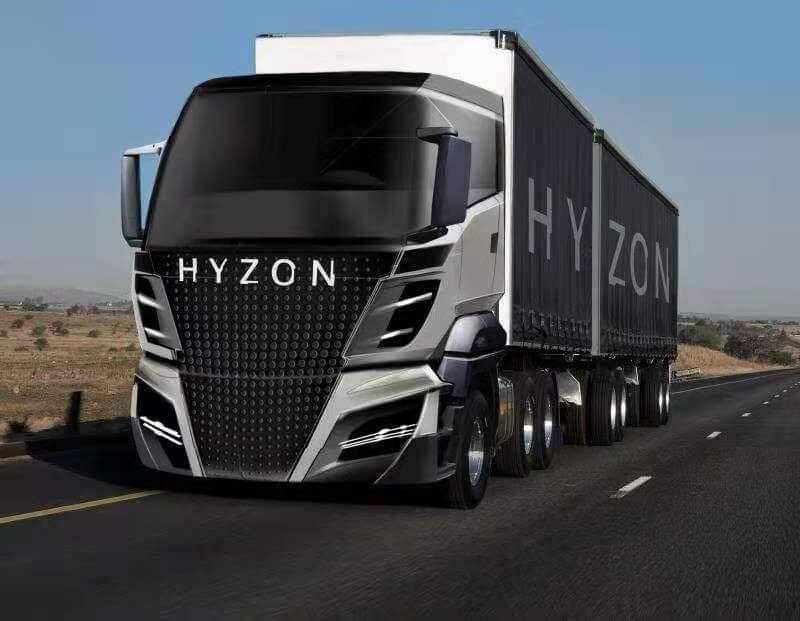 Hyzon Motors Inc. has announced that it has signed a memorandum of understanding (MoU) with TotalEnergies through its Marketing & Services division. The MoU strengthens the two companies shared commitment to appraise and develop hydrogen refueling and vehicle supply solutions for long-haul transport to customers across Europe.

Hyzon and TotalEnergies aim to make it easier for fleet owners to transition to renewable hydrogen fuel by combining their existing infrastructure and technology. TotalEnergies, which operates over 15,500 service stations globally, and Hyzon, a leading supplier of hydrogen fuel cell-powered trucks, already have hydrogen refueling stations and hydrogen-powered vehicles in operation, respectively.

This MoU strengthens the existing commercial relationship between one of the world's largest energy companies and a leading supplier of hydrogen commercial vehicles. TotalEnergies previously made a direct investment in Hyzon through its venture arm, TotalEnergies Ventures in 2020, to help fund the buildout of Hyzon's manufacturing and engineering centers in the United States, Europe, and China.

TotalEnergies is also a member of the Hyzon Zero Carbon Alliance, a consortium dedicated to accelerating the global development of the hydrogen ecosystem.

A first concrete operational step is the announcement of the signature of an additional MoU between Hyzon and TotalEnergies, this time through its French affiliate TotalEnergies Marketing France, which oversees its service-stations network and new mobilities solutions in France. Under this second MoU, the companies will collaborate on developing ecosystems and will secure by 2023 the production of 80 hydrogen fuel cell-powered trucks for TotalEnergies' French customers.

Beginning from trials, Hyzon aims to ultimately be able to supply customers with a hydrogen fuel cell truck at total cost of ownership (TCO) parity with diesel-powered commercial vehicles in Europe.

"At TotalEnergies, we are convinced that hydrogen is a mobility solution of the future. That is why TotalEnergies Ventures previously invested in Hyzon Motors," said John Wilson, vice president, Gas Mobility at the Marketing & Services division of TotalEnergies. "The announcement today takes that relationship further, giving the company leverage to expand the reach of hydrogen in the commercial vehicle market in Europe. To achieve our climate ambition of net zero emissions by 2050, together with society, hydrogen fuel cell-powered trucks must come to market. We are therefore excited about this partnership with Hyzon."

"It's rare to find a company as committed to the energy transition as Hyzon – but we've found that in TotalEnergies. While this is another important development in our relationship, we don't expect it to be the last," Craig Knight, CEO of Hyzon said. "Hydrogen will play a significant role in decarbonizing transport and we look forward to working with one of the world's leading energy companies to deploy hydrogen solutions at scale across Europe. Their relationships, customer base, and current infrastructure are a huge asset as we aim to make it as easy as possible for fleet owners to make the switch to hydrogen."