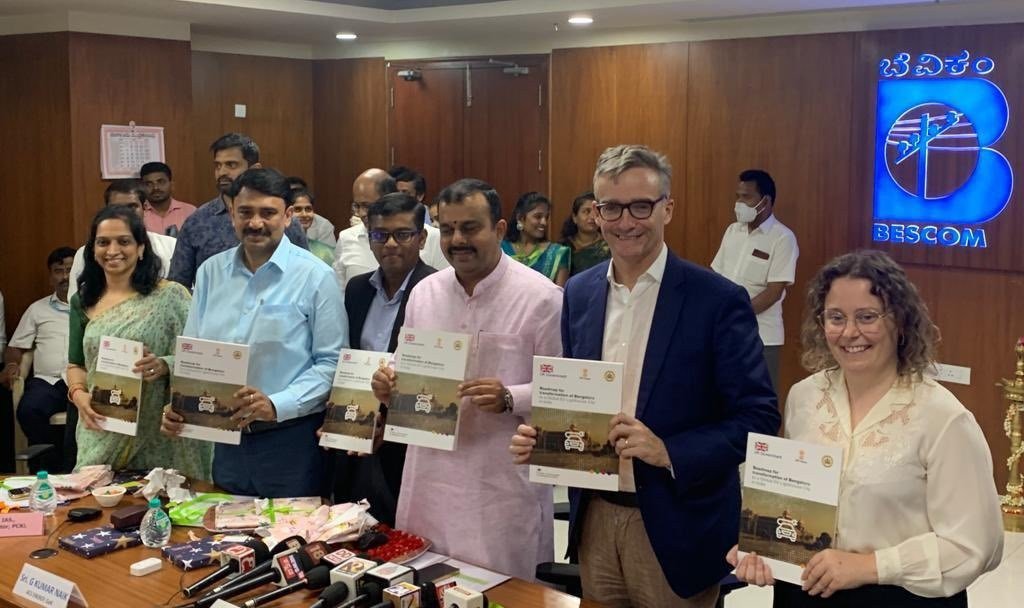 Advocating the use of electric vehicles (EV) in Bengaluru and providing citizens with all information related to buying and use of EVs, the state government in collaboration with NITI Aayog and the United Kingdom (UK) unveiled a web portal 'EV Jagruthi'.

The portal will provide citizens with state-specific information about e-mobility besides assisting the public in switching over to EVs by providing insight into incentives, support mechanisms, and e-mobility initiatives.

The web portal was launched by energy minister V Sunil Kumar along with British High commissioner to India Alex Ellis. "The state government is promoting the usage of EVs in Bengaluru and other parts of Karnataka. We are launching a state-wide campaign from June 23 to June 30 on the setting up of charging centres in all parts of the state. Currently, we have more than 1,000 charging stations and we hope to build at least 3,000 charging points in the coming days. Bescom has been made the nodal agency in Karnataka for commissioning new charging points."

Alex Ellis, British High Commissioner to India said, "India plays a greater role in the promotion of EVs in today's world because what India does today will determine what happens to the world given the size of the population, economy, and the rate at which it is growing. The UK is keen on partnering with India for EV acceleration particularly in Karnataka as the city of Bengaluru has emerged as the fastest-growing city." Referring to the history, Ellis said, "India had fought with Britain for independence. But now all of us must leave that behind and work together towards sustainable development."

A road map for the transformation of Bengaluru into a global EV lighthouse city in India was unveiled during the event. The report listed some of the present challenges that are coming in the way of popularising EVs in Bengaluru and suggested both short-term and long-term solutions to resolve those issues. Energy Department Additional Chief Secretary G Kumar Naik explained, "The objective behind making Bengaluru an EV lighthouse city was to make it a model city to other cities and towns in India." So far, Bescom has commissioned 136 EV chargers across Bengaluru and witnessed more than 6,000 transactions per month with recorded energy sales of 30,000 kWh worth Rs 2.5 lakh.

Stating that charity must begin at home, Energy minister V Sunil Kumar said that a proposal has been made to the Department of Personnel and Administrative Reforms (DPAR) three months ago. "The proposal has now been sent to the Finance department for final approval. Working out the cost and other factors, the department is expected to give its final approval. Based on that we will replace vehicles in the energy department with EVs in a phased manner. Currently, barring a few vehicles, all vehicles are hired from external agencies."