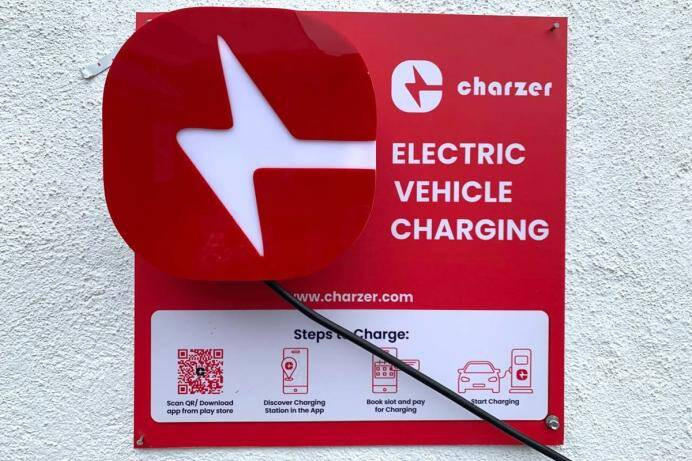 Bengaluru-based EV charging infrastructure startup Charzer has announced that it has partnered with Omega Seiki Mobility to set up a network of 20,000 EV charging stations across India in the next two years.

Charzer will install the charging stations across geographies where Omega Seiki Mobility clients will operate. It will also provide Charzer mobile application and website for the drivers to locate the nearest charging stations and to book slots.

The electric vehicle drivers can use a charging facility in a subscription-based model. Charzer is already working with Greendrive logistics, which operates a fleet of 100+ Omega Seiki vehicles in Bengaluru and supports last-mile logistics for companies like Amazon, Bigbasket, Porter, etc.

The company states that an in-house survey of 500 passenger auto-rickshaws and cargo three-wheelers suggested that eight out of 10 drivers in Bengaluru do not have the required charging infrastructure at home.

In a city like Bengaluru, a conventional engine auto-rickshaw driver covers up to 150 km every day, whereas an EV auto driver can drive up to only 100 km, this is mainly due to the lack of charging options available on the go.

Through this collaboration, Charzer and Omega Seiki Mobility intends to address this pain point. Over the next two years, Charzer will install EV charging stations at 20,000+ locations. It further states that extended range due to ease of access to charging points can result in a 40-50 percent increase in the income of drivers.

Dheeraj Reddy, COO, and Co-Founder, Charzer, stated "For any logistics company, finding and managing 'Park and Charge' EV hubs is capital intensive and requires extensive use of labour and workforce. Setting up these EV charging hubs is a major deviation from the core business of a logistics company. Besides this, drivers and companies lose a lot of valuable time in traveling to and fro to the hubs. This is where we come in. With Charzer, fleet owners can save up to 46 percent of their expenses and scale their fleet 10 times faster. Drivers can save up to 55 hours of redundant travel per month and earn 40 percent more income due to increased fleet uptime,"

Uday Narang, Founder, and Chairman, Omega Seiki Mobility, said "We have a target of introducing 30,000+ EV cargo three wheels in the next two years. To achieve this goal, we are also working towards building a robust charging infrastructure that allows our fleet drivers to easily access charging stations at any given point during the day. As a first step towards this, we have partnered with Charzer to build an extensive network of charging stations across the country,"