Public transport needs to be expanded; it should not be restricted to operation of only intra and intercity passenger transport but must be expanded to include all types of services that are used by general public on seat sharing basis. Particularly in India, transportation of many employees of manufacturing and service units are carried out by private operators, and also transporting school children. Public transport cannot be seen in isolation. Together with other sectors that depend on it, like tourism and hospitality, it is a big source of employment across all sections of the society. This sector provides livelihood to over 30 million people.
The road transport sector contributes about eight percent of India's GDP and is a major source of revenue to the government exchequer in the form of various taxes: road tax, motor vehicle tax (varying from state-to-state for private operators), passenger tax, etc. This contributes to almost 7.96 percent of revenue for states (ref: Road Transport Year Book (2015-16) Annexure 6.4: Revenue from Taxes on Motor Vehicle and Passengers, as Percentage of States/UTs on Tax Revenue).
Despite this, unlike in other countries, the public transport sector in India does not receive significant financial support in the form of much-needed viability gap funding. Instead, it faces various burdens of taxation including GST on sale of tickets and purchase of vehicles, tires, and spares; GST and CESS on fuel and lubricants; and toll tax.
The private sector faces even worse economic challenges than STUs, despite the fact that they perform better in both cost control and productivity. Since the nationalization of public transport, STUs have had the exclusive privilege of operating on stage carriage permits while private operators can only operate on contract carriage permits. This is not due to market segmentation, but a fundamental discrimination to promote state-owned public sector operators. In rare cases, where STUs are unable, or in case of partial nationalization within state, the government allows private operators to operate under a stage carriage permit within certain constraints like fare revision. Instead of STUs and private operators complementing each other, they are forced to face off as competitors, leaving customer concerns unattended.
In India, the public transport sector is poorly designed both in regulation and management. This is not the sole responsibility of STUs or private service providers. The government has a responsibility of creating an environment enabling all stakeholders to provide transport as a means of exploring socio-economic opportunities. 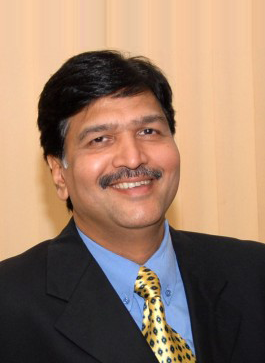