Back to the future of lead acid batteries

May-June 2020
Linkedin Twitter Email WhatsApp Facebook
Disruption is the name of the game and enhanced, superior but low-priced is the goal. On such a playing field, sustainable, low-cost battery solutions and gigascale storage are show stoppers. In a conversation with John Barton, CEO – Gridtential Energy, Ashok Thakur, Chief Editor – ETN, elicits information on the workings of the Silicon Joule technology. 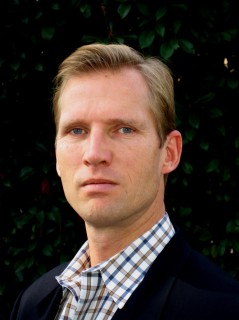 How does Gridtential's capital-light licensing model work, and how has your success been so far globally?

As a technology innovator, we believe in segmenting different areas of value creation. With over 600 GWh of global lead-battery manufacturing capacity and mature channels, we believe that global energy storage needs can be met more efficiently. This can be done by working with existing manufacturers with modest factory upgrades, varying based on existing process controls, plus experience and capability for VRLA (valve regulated lead acid) production.

As for the Silicon Joule technology supply chain, there are already over 25 billion solar wafers produced annually in highly efficient factories. Our role is that of value added enabler - helping the existing market players apply their tremendous capability to produce low-cost, high-energy storage devices, which expand market opportunities into our high growth and stable industry. So, the model allows for each partner to grow their markets and we participate in that success.

We have had the good fortune to work with true leaders in the lead battery industry. Our first three licensee partners, East Penn Manufacturing, Leoch Battery and Crown Battery have also become investors. We are equally excited about the engagements with Hoppecke and now Amara Raja, and the potential they represent as they join five other undisclosed companies as part of the next wave of Silicon Joule bipolar development. Our global reach now spans EMEA (Europe, the Middle East and Africa), North and South America, China and India.

We started the company on the premise of working with a mature, incumbent, low-cost, safe, recyclable technology and increasing the performance.

You speak of silicon wafer manufacture using solar manufacturing equipment and integrating it into the Silicon Joule technology, could you elaborate on this?

Silicon Joule is an enabling technology that allows battery manufacturers to assemble a lead battery in a more efficient architecture, eliminating traditional failure modes and utilizing active material more completely and more uniformly. The result is a battery that exhibits improved cycle life performance at deep depth of discharge (3X-5X), superior charge acceptance (10X) and improved power density (4X). For deep-cycle batteries, Silicon Joule bipolar batteries are much less expensive than lithium batteries, with cycle life that in many applications spans the useful life of the device.

Although our batteries are generally 30-40 percent lighter than traditional lead batteries, they are still heavier than lithium batteries for a given level of energy delivery. This isn't much of an issue for stationary storage applications, low-speed EVs (LSEV), or industrial uses. However, lithium makes more sense for a main propulsion battery of a full EV where the energy requirements are extremely high and the application is extremely sensitive to weight.

Would you enumerate the advantages of bipolar batteries over lithium batteries, both from the cost and performance perspective?

Lead batteries deliver consistent, expected performance over a range of environmental conditions and under significant cycling abuse. The bipolar architecture further improves the abuse tolerance of the batteries, making them an attractive alternative to lithium that does not require heavy BMS.

While the energy sector has shown excitement around a gigafactory for battery storage, Gridtential's lead battery has a 600GW hour capacity that is 50x the size of a John Barton single gigafactory.

In power applications, lead already performs quite well, in many cases better than lithium, and even better in our Silicon Joule platform. Our internal results already surpass most traditional lead batteries in terms of charge acceptance/re-chargeability and are on track to perform with the best of lithium.

We believe this platform will become the standard for better performing start-stop SLI (scalable link interface), critical power backup, and the default choice for attractively priced 48V mild hybrid applications - all at much lower cost than lithium, especially when you consider the additional system and safety accommodations required. Many people aren't aware that lead batteries today offer only a fraction of their theoretical energy delivery potential and we plan to change that perception in the near future.

Beyond cost and performance are the very important issues of safety and recycling. Regulations for lithium backup power installations are progressing to significant and expensive levels due to fires and difficulty in dealing with them, and transport and landfill incidents are other issues.Recycling developments are overdue for lithium. Many have been announced, yet they will be expensive and result in end of life costs for lithium batteries due to the complex and varied material combinations of lithium batteries. This is a notable contrast to the end of life credits, possible with lead batteries with the 99 percent-plus recovery rate yielding the perfect example for a circular economy. And Silicon Joule's construct adds silicon, which is handled easily within existing lead recycling streams and technology.

Kindly elaborate on the possibility of 100 percent recycling in the advanced lead acid battery.

Out bipolar batteries are 100 percent compatible with the lead battery recycling supply chain. In the US market that recycling number is currently at 99.3 percent. India's recycling system is a bit more complicated, due to the competing formal and informal recycling streams. We believe that our Silicon Joule technology will promote a greener approach due to the technology's longer life - requiring less recycling, and less lead per battery (5kg on average), which reduces the incentive for informal recycling.

How do you foresee the Indian market?

The Indian market is extremely competitive from a cost-performance perspective, while driving demanding environmental operating requirements (e.g. temperature). We believe the opportunity for energy storage in India is also enormous, both as a complimentary enabling technology to renewable energy generation and home backup storage, as well as transportation applications such as e-rickshaws. Lead batteries are already ahead on cost and have the advantage of operating well in challenging environments, as the construction and silicon wafers prove helpful in heat dissipation. Silicon Joule builds on these advantages and increases performance, creating a faster path to greater electrification.

What would be your policies on offering the Silicon Joule technology to other Indian companies?

Our technology is available on a non-exclusive licensing basis. However, we do want to make sure that our partners have a healthy business. As we selectively consider adding partners to a region, we intend to ensure that they add complimentary skill-set, technical prowess, market access or scale. India on its way to become a leader in green H2: Hardeep Singh Puri
Read More