Can we generate our own fuel through a closed-loop cycle?

The search for clean fuel to maintain the skies at the new 'COVID-blue' is relentless. Although still in early stages of research, hydrogen is gaining ground fast.

We are used to depending upon coal and fossil fuel for most of our energy needs. Whether it is electric power generation for homes, offices and industry, for personal vehicles or for the entire transportation industry, we depend on these fuels. We also know that these fuels are obtained by mining and extracting from the earth. Now the question is, can we as a nation or as a species generate our own fuel? If so, which fuels? One well-known example is that of biofuel which is generated from dead and decaying plants. These are combustible chemicals such as ethanol (alcohol) and methanol. Another example in this list is hydrogen. Hydrogen is a fuel, which can be generated by us, without the need to mine for it. Besides, there is no hydrogen buried inside the earth.

The discussion on this topic always starts from hydrogen fuel-cell cars and leads to the question, where is the hydrogen? So let us start with the source of hydrogen and then explain what to do with it. Hydrogen can be generated via electrolyzers. These are large machines which run on MWs of electricity and can generate about 4500 kilogram of hydrogen per day at a continuous power consumption of 10 MW. That amounts to 240 MWh of energy per day. The hydrogen
and oxygen are produced by the process of electrolysis, which generates these gases by breaking the water molecule H2O.

Some of the companies which have developed and installed electrolyzers are Hydrogenics, Ballard Power Systems, Toshiba, NEL Hydrogen, Proton-OnSite and ITM Power. The size of the system varies depending on the intended application.Systems to be used at a domestic or community level are small (1–100 kW) and those intended for industrial use are 1-20 MW capacity. There is plenty of scope for increase in the size and it is anticipated that 100 – 500 MW systems may be operational in the next 3-5 years.

This hydrogen can be used in cars, buses or in power generations plants as well as for many other industrial uses such as in fertilizer production. The fertilizer production to support all our agricultural needs is a very large consumer of hydrogen indeed and a source of substantial CO2 emissions.

Why should we generate hydrogen?

Why should we generate our own hydrogen when there is already so much fossil fuel easily available, is a valid question. The answer is because we can, and because hydrogen is a clean fuel if electrolyzers are run on renewable resources. The objective of the hydrogen ecosystem is to build a closed loop system. The hydrogen should be generated via electrolysis of water and be subsequently used in all applications (transportation, industry, domestic uses including cooking), regenerating water in the process. The regenerated water will be pure water even if the hydrogen was generated from sea-water. This closed loop has no intersection with CO2 anywhere. In this loop, there is no generation or consumption of CO2. If one observes nature, all such cycles such as nitrogen cycle, carbon cycle, water cycle, are closed loop cycles.

On the other hand, in the current world situation, we have a completely open loop. Crude oil is mined from the ground, burnt for transportation and electric power generation. This process releases CO2, NOx, SOx gases and large amounts of particulate matter (dust) into the atmosphere. Having done this, we hope that trees will be able to filter all of these out and retain the atmosphere's original composition. 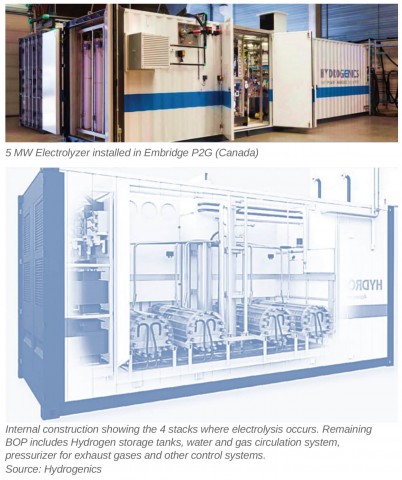 Will hydrogen be more expensive compared to fossil fuels?

Yes, it is true that at the current stage of the technology, the hydrogen is more expensive compared to conventional fuels. This has a lot to do with the scale of manufacturing of the electrolyzers and the cost of generating the required electricity from renewable resources. As the scale of manufacturing increases, a manifold reduction in cost can be expected and this is true for any technology in its initial growth phase. The other point is that setting up of renewable resources itself is a huge up-gradation activity, which governments around the world are now doing due to the falling prices of these technologies. For now, establishing hydrogen production involves developing a new ecosystem and that is always expensive.

Storage of the energy carrier

Many countries of the world have invested in building large storage facilities for stocking up on fossil fuels. Although this involves huge costs, it insulates the nation from ill effects of fluctuating prices in the external market and has a stabilizing effect on the economy. Similar to fossil fuels, it is also possible to store excess generated hydrogen with the same objective. However, the storage of hydrogen would involve increased costs as it is a gas and needs to be stored in specialized high pressure tanks. Technologically, there is no barrier to this but it certainly would be an expensive affair. 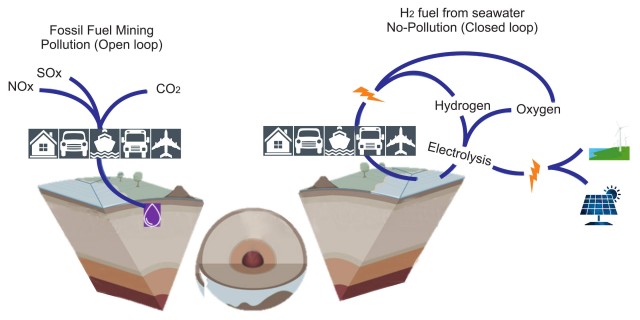 Fossil fuels are mined in certain specific locations in the world and are transported from there all across the world via sea based transport vessels. They are then refined and processed in domestic facilities and distributed via railways and through road based transport to fueling stations. This entire industry of fossil fuel mining, refining and distribution is resource intensive and has its own non-trivial CO2 footprint. This is where localized hydrogen generation and consumption could be a game-changer. The hydrogen fuel to be used in Delhi can be produced in Delhi, and that required in Mizoram may be produced there locally. It is understood that the energy independence from having the ability to produce one's own
fuel is the next crucial milestone after food independence for any country.

Overall, the possibilities offered by using hydrogen as a fuel are enormous. However, it involves a complete ecosystem change in the way we produce and use the fuel. Technologically, all the organs of this new ecosystem are ready. Some of them, such as renewable generation technologies have already attained economies of scale and are being widely deployed. However others, such as PEM fuel cells, hydrogen storage technologies and electrolyzers are in the initial growth stage.