EV Charging Infrastructure in Europe: Right on track or a looming road block?

European automotive associations ACEA and VDA are warning that EU states are lagging-behind in charging network expansion to meet the proposed EV adoption targets for 2035, but clean transport campaign T&E differs with strong analysis that the infra development is right on track by matching the current levels of EV uptake in the region. 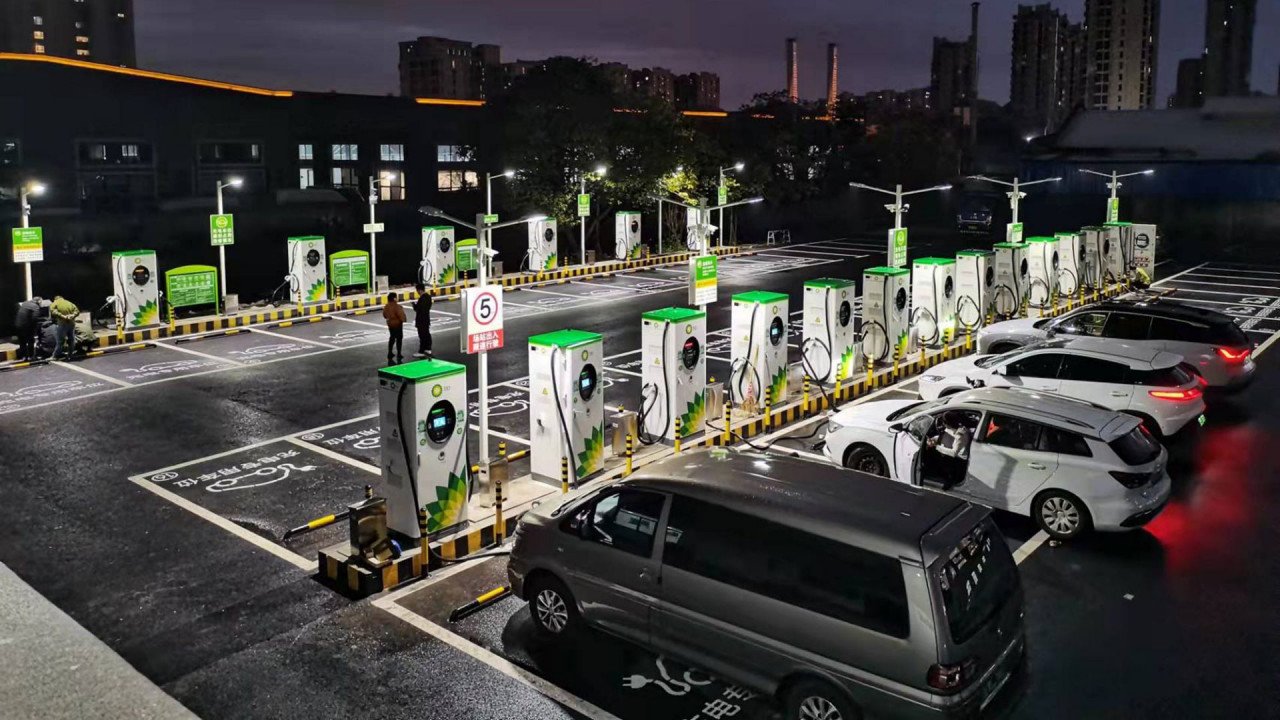 Europe is showing continued robust growth in sales of electric vehicles since the 2020 boom, up by 65 percent to 2.3 million units in 2021, as per IEA's latest Global Electric Vehicles Outlook 2022 report. Just earlier this month, the European Parliament voted to set new CO2 emission reduction targets for light-duty vehicles (cars and vans), including a requirement that new sales be 100 percent zero-emission vehicles by 2035.

Certainly, the EU's stringent emission reduction targets and policy patronage are driving e-car sales to new heights in recent times. But, will charging infrastructure – or rightly, the lack of adequate network across the continent -be a roadblock to mass adoption of e-mobility in Europe? At the least, the European Automobile Manufacturers' Association or ACEA thinks so and predicts that this can be a spiraling problem for Europe's e-mobility ambitions in the coming years.

Although there has been a strong increase of over 180 percent in the number of charging points in the EU over the past five years, the total number of 307,000 points still falls far short of what is required. ACEA's research paper titled "Electric Vehicle Charging Infrastructure Masterplan" shows that up to 6.8 million public charging points would be required by 2030 to reach the proposed 55 percent CO2 reduction for cars as per EU's 'Fit for 55' CO2 reduction targets. This means that Europe needs to see over 22 times growth in less than 10 years.

Eric-Mark Huitema, ACEA Director-General, observes that while some countries in the region are powering ahead with EV infrastructure rollout, the majority are lagging. "The stark disparities demonstrate the need for strong AFIR targets that are harmonized across all EU member states", he adds.

The Alternative Fuels Infrastructure Regulation (AFIR) was proposed by the European Commission last year precisely to address the issue of inadequate growth of the charging infrastructure. However, ACEA notes that its target levels are completely insufficient. "We urge policymakers to reinforce AFIR so that it can achieve the aim of building up a dense European network of charging stations, spanning from north to south and east to west", comments Huitema.

ACEA's latest data analysis shows that about half of all charging points for EVs in the European Union are concentrated in only two countries, namely the Netherlands with 90,000 chargers and Germany with 60,000 charging points. These two countries hardly make not even 10 percent of the EU's entire surface area. The rest of the chargers are scattered across the remaining 25 countries.

The disparities in the spread of EV chargers in the EU region are also apparent. For instance, the Netherlands with the most infrastructure has almost 1,600 charging points, whereas Cyprus with the least infra count has just 57 charging points. Indeed, the Dutch alone have as many chargers as 23 member states combined.

Even within those countries with a high number of charging points in the EU, the gap between the demand and supply of EV charging infrastructure is growing wide. The German Association of the Automotive Industry or VDA recently came up with its latest e-charging network ranking report. The report observed that Germany still has a lot of catching up to do with the expansion of publicly accessible charging infrastructure for EVs.

While an average of around 57,000 electric cars per month were newly registered in Germany over the past 12 months, the number of publicly accessible charging points grew by only around 330 per week. To reach the target of 1 million charging points in 2030, around 2,000 new charging points per week would be necessary.

The expansion speed would, therefore, have to be increased six-fold. If the current pace of expansion is not increased, there will be just around 210,000 charging points in Germany in 2030, i.e., only a fifth of the targeted 1 million, the report by VDA notes.

Nevertheless, there are some contrasting perspectives on the growth of European EV infrastructure that is often alleged as inadequate. Transport & Environment (T&E), Europe's leading clean transport campaign group, opines that public chargers are no hindrance to EU's ICE car phase-out. Its latest study titled "Charging for phase-out" claims that the development of the public charging infrastructure in Europe is on track to the tune of the EV adoption targets, and is largely matching the accelerating uptake of EVs.

T&E report notes market dynamics are already gaining momentum as chargers follow the EV market growth. On the problem of disparities in infrastructure spread and distribution in the EU, it is argued that the ramping up of charging points is naturally high in those countries where the uptake of electric cars is highest. Further, it states that the mandatory targets proposed in the AFI regulation will ensure at all times that the number of public chargers is on par with the number of EVs in all countries.

Based on a comprehensive modelling and data analysis, T&E claims that charger numbers increase in line with the higher car CO2 targets in all possible scenarios. The very regulatory design of the AFI regulation with its 'fleet-based kW targets' - requiring at least 1 kW of public charging power to be available per each battery vehicle - ensures that the deployment of chargers in each member state will always follow the uptake of EVs.

Yet another starling viewpoint is on the dangers of overbuilding the EV charging network. The T&E report highlights that while more public chargers might be appealing at first glance, multiple threats follow suit, like that of lower utilization rates. This would make public charging infrastructure highly dependent on subsidies and can emerge as a necessary side effect for EV markets.

Even today, the utilization rates of public chargers in most of the developed EU nations are far below world averages, as the majority of the EVs are private luxury cars, whose users prefer home charging, unlike Asian markets like India where a huge chunk of commercial E3Ws and electric LCVs demand public charging facilities. The report says that the political goal of the EU should be to ensure that a charging network becomes economically viable to sustain itself financially.

Lastly, the T&E study calls for the policymakers on AFI to keep the 'fleet-based target' in the long term, but with higher targets for low BEV shares. This entails starting with a higher public charging power share per BEV (3 kW per BEV) if the fleet share is below 1 percent and gradually decreasing as the market matures to be at 1 kW per BEV once the share hits 7.5 percent.

T&E claims that this approach will accelerate the deployment of charging infrastructure in the short and medium-term. It would also significantly increase the minimum number of chargers in those EU countries where EV adoption is still slow. At the same time, once a certain maturity of the EV market is reached, an overbuilding of the public charging infrastructure is to be avoided, as the approach calls for higher utilization rates.