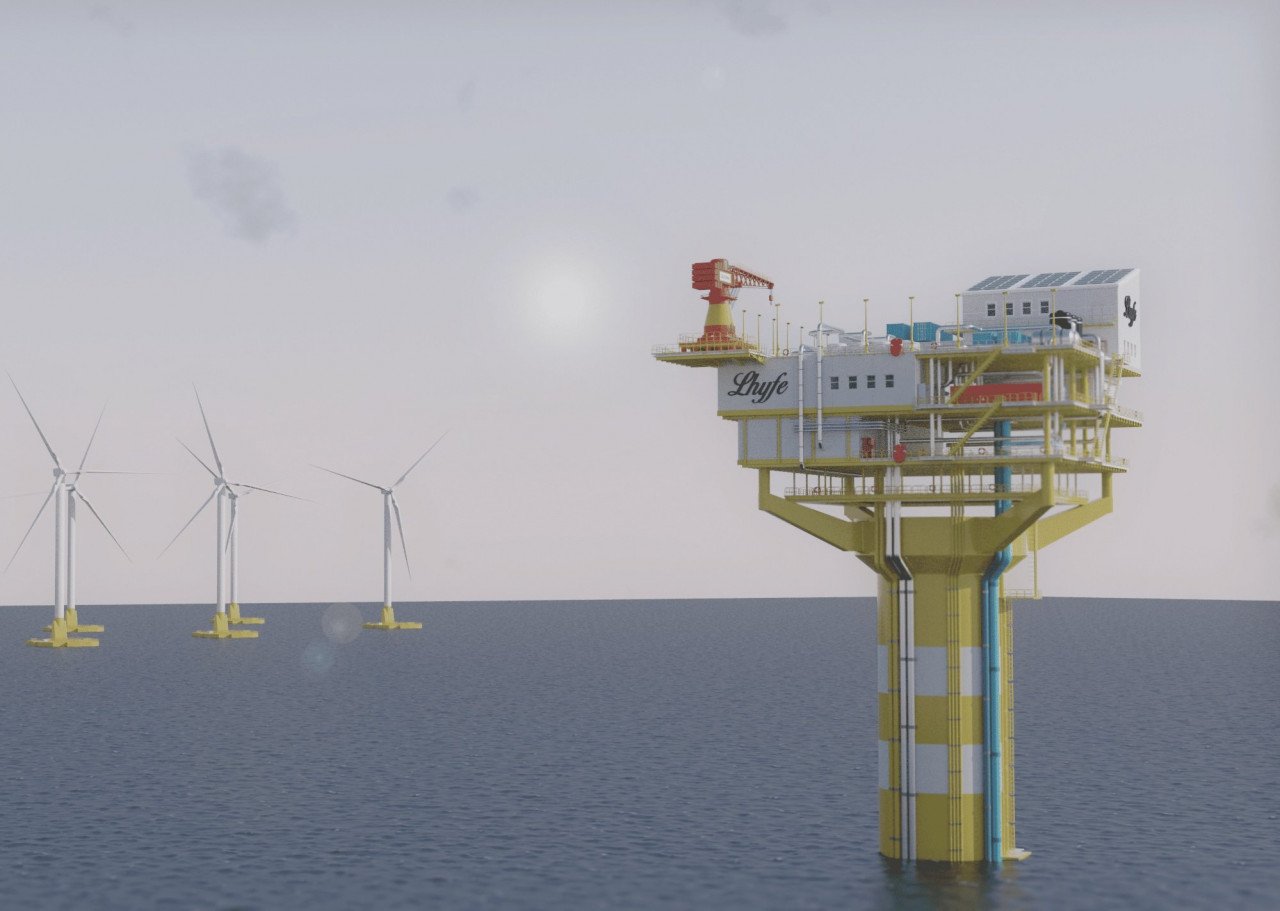 Lhyfe and Chantiers de l'Atlantique have announced at the Seanergy forum dedicated to renewable offshore energy, that they have signed a Memorandum of Understanding for the development of offshore hydrogen production platforms.

Lhyfe is one of the leading and most advanced players worldwide in renewable green hydrogen. The company, whose green hydrogen production plants are directly interconnected with renewable energy sources to supply local industry and transportation, already has 93 projects in development for production plants in Europe, equating to more than 4.8 GW of total installed capacity. It inaugurated the first industrial production plant in September 2021 and twenty of its projects are at an advanced stage of development (i.e. Tender ready, Awarded, or in Construction), representing a total of 380.5 MW, due to be operational between 2023 and 2026.

Since Lhyfe was founded, it has been part of a major research programme to develop green hydrogen production at sea, as near as possible to offshore energy sources, which are the most abundant, the most powerful, the least intermittent, and, therefore, the most competitive renewable energy solution for the mass production of green hydrogen for industrial uses. Lhyfe has already signed partnerships to this end and developed several offshore concepts.

Chantiers de l'Atlantique, via its Marine Energy & Engineering business unit (Atlantique Offshore Energy), has developed recognized expertise in renewable marine energies. Notably, it has successfully delivered major energy companies to the European market with four offshore electrical substations for offshore wind farms. The desire to be a leader in energy transition has led Chantiers de l'Atlantique to work on the production of offshore hydrogen production over the last three years, to reduce the environmental footprint of the power substations designed and built-in Saint-Nazaire.

This agreement comes as Lhyfe and Chantiers de l'Atlantique, who have already been working together for 18 months as part of the SEM-REV project on the co-development of a pilot system for offshore hydrogen production, prepare to launch the world's first offshore renewable hydrogen production demonstrator in September 2022, off the coast of Saint-Nazaire (France).

On the strength of this first demonstrator, the two companies wanted to reinforce their partnership to deploy the system on a large scale. Lhyfe and Chantiers de l'Atlantique will collaborate on offshore renewable hydrogen production projects with on-grid or off-grid wind farms. Chantiers de l'Atlantique will design, build and install the platforms, while Lhyfe will be in charge of the design and operation of the renewable hydrogen production facilities.

This agreement aims not only to develop the renewable hydrogen fuel chain at sea but in port areas as well. For offshore projects, the two partners plan to develop production solutions with a minimum capacity of 100 MW, which will be installed on existing fixed structures or mounted on seabed foundations or floating platforms.

Thomas Créach, Lhyfe's Technical Director, said: "We are delighted to take this new step forward with Chantiers de l'Atlantique. Thanks to the complementarity and solidity of our expertise, and based on our previous achievements, we are now in a position to respond to the various calls for tenders related to offshore. The production of renewable green hydrogen on a very large scale is now within reach!"

For Frédéric Grizaud, Director of the Marine Energy & Engineering Business Unit (AOE), Chantiers de l'Atlantique: "The signing of this agreement is the concrete materialization of a successful collaboration between two companies with a desire to play a full role in the energy transition. We are now in a position in France to offer green hydrogen production solutions for the international market.".