Public transport - state-run or private - plays the important role of providing mobility services to efficiently connect people to economic and social opportunities and enhance quality of life, and connecting businesses to labor and markets.

Public transport needs to be expanded; it should not be restricted to operation of only intra and intercity passenger transport but must be expanded to include all types of services that are used by general public on seat sharing basis. Particularly in India, transportation of many employees of manufacturing and service units are carried out by private operators, and also transporting school children. Public transport cannot be seen in isolation. Together with other sectors that depend on it, like tourism and hospitality, it is a big source of employment across all sections of the society. This sector provides livelihood to over 30 million people. 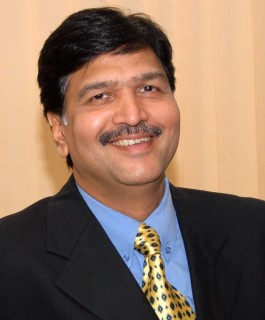 The road transport sector contributes about eight percent of India's GDP and is a major source of revenue to the government exchequer in the form of various taxes: road tax, motor vehicle tax (varying from state-to-state for private operators), passenger tax, etc. This contributes to almost 7.96 percent of revenue for states (ref: Road Transport Year Book (2015-16) Annexure 6.4: Revenue from Taxes on Motor Vehicle and Passengers, as Percentage of States/UTs on Tax Revenue).

Despite this, unlike in other countries, the public transport sector in India does not receive significant financial support in the form of much-needed viability gap funding. Instead, it faces various burdens of taxation including GST on sale of tickets and purchase of vehicles, tires, and spares; GST and CESS on fuel and lubricants; and toll tax.

The private sector faces even worse economic challenges than STUs, despite the fact that they perform better in both cost control and productivity. Since the nationalization of public transport, STUs have had the exclusive privilege of operating on stage carriage permits while private operators can only operate on contract carriage permits. This is not due to market segmentation, but a fundamental discrimination to promote state-owned public sector operators. In rare cases, where STUs are unable, or in case of partial nationalization within state, the government allows private operators to operate under a stage carriage permit within certain constraints like fare revision. Instead of STUs and private operators complementing each other, they are forced to face off as competitors, leaving customer concerns unattended.

In India, the public transport sector is poorly designed both in regulation and management. This is not the sole responsibility of STUs or private service providers. The government has a responsibility of creating an environment enabling all stakeholders to provide transport as a means of exploring socio-economic opportunities.

The COVID-19 lockdown has inevitably brought everything to a standstill, making all the above arguments seem irrelevant.

Cities are the powerhouses of our economy. With more than 30 percent of the country's population living in cities, this is where we most find the opportunity to create ideas, exchange knowledge, and celebrate unique cultures. We are social creatures and our way of life is based on interactions - it is how we are built, function, and prosper.

As India declared a lockdown from the midnight of March 24, 2020, the Indian Railways, STUs, and private service providers announced the suspension of all interstate, city, and metro services. This has had a major impact on the public transport sector in India.

What followed was panic amongst the salaried middle-class and unprecedented hardship for migrant daily wage laborers in India's megacities. Everything we used to access everyday - livelihoods, education, shopping, restaurants, appointments, arts and culture, entertainment, celebrations - is now restricted or banned. All major conferences, concerts, street fairs, parties, and sports events are canceled or postponed. Our cities and their lifelines have ground to a halt.

Before getting to the point of restoration of public transport, we need to understand the shifts in commuter behavior and align them with larger demographic and economic shifts in cities.

A phase-wise resumption of operations gives public service providers an enormous opportunity from streamlining operations to creating business practices that enhance efficiencies in every form – cost, sustainability, reliability, and passenger outreach. But this is easier said than done without government support.

As an example, let's look at Bangalore Metro Transport Corporation (BMTC), one of the country's most efficient public transport organizations. Before the lockdown, BMTC operated 6000 buses for an average five million passengers daily. This means each bus carried around 800 passengers per day. The passenger area inside a 12-metre bus is around 20 sq.mt. During peak hours, the average density is four passengers per sq.mt. (i.e. 80 passengers). Considering social distancing norms of keeping at least one-meter distance, a bus can carry at most 20 passengers at a time. This would mean that BMTC will need to expand its fleet size by four times to meet the demand. That's around 24,000 buses.

According to BMTC annual report, cost of operation per km is `60. An average run of 200 km per day would cost `12000 per day. On the other hand, they could fetch revenue of `10,000 a day with overloading to the extent of 80 passengers in peak span. If the capacity is reduced from 80 to 20 (25 percent), the gap of three-fourth revenue cannot be compensated through an equivalent rise in the existing fare structure.

To compensate the shortfall in future capacity, BMTC would need to increase its fleet by four times, and to compensate the additional costs it has to either increase the fare four times or get amount equivalent to that from the government by way of viability gap funding.

If this is the case for an efficient public transport operator, it is clear that the existing public transport infrastructure in the cities cannot meet the current demand (even if it is lower due to economic slowdown) while also ensuring social distancing.Though very unlikely, let's assume that STUs might get viability gap funding from the government, but the situation of private operators who are particularly engaged in city operation is much more critical and infeasible. At the same time, it is unrealistic to expect everybody to have access to personal modes of transport. Then the question remains: how people will move when the existing operators are unable to provide services and close down or reduce their operations?

If wearing masks makes it possible to lift the physical distancing restrictions in airlines or other communal areas, then this rule should be applicable to all communal areas. Singling out public transport infrastructure will only suggest the incorrect notion that public transport is riskier than other communal spaces. There is a need to limit crowds and human density in all urban areas through staggered schedules for economic and social activities. This would limit and change the impact of peak hours and allow for better management of the demand in public transport systems.

Government to the rescue?

Though the tax structure on public transport varies from State to State and between STUs and private service providers, it is roughly around 35 to 40 percent of the total cost of operation, including tax on fuel and spare parts.

A logical solution for the above gap is to waive this portion of entire tax for at least one year, and increase the passenger fare by another 30 percent. Compensate the remaining portion by waiving interest to existing loans or provide funding without interest for at least next three years.

Since both STUs and private service providers are in the same frying pan, the government should extend both an equal opportunity of serving the public, by liberalizing tax and permit constraints.

The economics of intercity services is not very different from that of city services, except that there is no overloading. But to restrict its seating capacity while adhering to the social distancing, its capacity would reduce to 30 to 50 percent. Hence, above mentioned solutions also apply to intercity operation.

I believe more and more companies would like to bring their employees to a secure environment with strict health checkup and would likely opt for dedicated transportation arrangements of their own. Under distancing norms, companies would require a large number of buses, even assuming a certain portion of employees would work from home. Whether they hire a service provider or manage themselves, the cost of operation would increase in a similar range, which employees may not sustain and instead would switch to personal modes of travel. Hence, here too the government is expected to extend help as mentioned above.

This is a highly sensitive area and finding a right solution is going to be a serious challenge. High-end schools might not face a big challenge as they can increase the fees to some extent to compensate for the additional burden of hiring more buses to transport children. But in standard schools, collecting more money on account to transport children would be difficult. To address this issue, they will probably have to use the same buses for longer distances by having staggered starting and closing of different divisions, and giving operators additional money to cover their running cost.

This sector would find it the hardest to survive. These operators will have to find other business for at least the next one year. Due to social distancing norms, capacity utilization of buses in public transport is going to come down by 70 to 80 percent. Which means, even if the demand goes down by 25 to 30 percent due to recession, there will still be some requirement for additional buses. Tourist buses can fill this gap if the government allows public transport operators to run them on their existing routes without making many modifications to their body structure, making it a win-win situation for everyone.

Similarly, the employee mobility market will also require luxury buses as many companies may want their employees to travel in more comfort and some companies might change their employees' benefits from car usage to buses to reach their offices.

If the government wants to continue providing safe and efficient public transport services, it is imperative to provide the above mentioned support. In its absence, personal motor vehicles will congest roads, spoiling the environment and creating more hardships for travelers due to traffic jams. People without the capacity to buy their own vehicles will be deprived of employment opportunities available farther away from their home, which will create a shortage of employees resulting in an economic slowdown.

Transport is an essential service for any economy to grow and must be nurtured well. India is in a good position today, as many countries would like to shift their manufacturing base from China to other countries. India is best placed to grab this opportunity, provided Indian industries sail through this pandemic. Without government support, Indian manufacturers will not be in a position to utilize this opportunity and global giants may choose to shift their manufacturing base to other options from South America, Eastern Europe, or other Asian countries.

Unfortunately, the transport, travel, and tourism sectors are completely ignored in the bailout package. I hope that the government of India takes serious note of the above suggestions and comes out with a real solution which will allow the transport sector to survive.