Universal electrification in rural India – evolution and the way forward

India's electricity landscape has evolved remarkably in the last few decades. While the country has achieved 'near-universal electrification' a lot remains to be done to power the dream of 'New India' in a sustainable manner writes Dr. Debajit Palit, Senior Fellow & Director of Rural Energy & Livelihood Division in TERI. 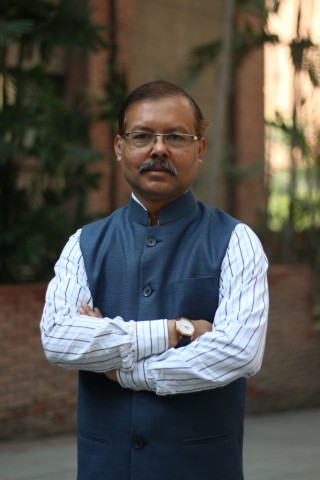 The United Nations Sustainable Development Goal 7 calls for access to sustainable energy for all by the year 2030. On March 31 last year, India achieved near-universal electrification, a clear 10 years ahead, with only around 0.73 million "unwilling" households without electricity connection. Around half a billion people were provided with connection in India during the last one decade. Given India's geographical size, terrain, and socio-economic diversity, this could be considered a remarkable achievement.
In the pre-independence period, India's electricity sector started with a heavy presence of the private sector, mostly concentrated in cities, towns and industrial areas. For rural areas, electricity was mainly used for powering irrigation pump sets. The decentralized generation and supply, dominated by the private developers and princely states, was the primary model followed. However, just before India's independence (1943-45), the blueprint for extending electricity to all parts of India was developed by Dr. B R Ambedkar as the Chairman of the Policy Committee on Public Works and Electric Power. He and his team studied the problems and opportunities for electricity development and pursued the provinces of then India, to impart a national perspective to electricity development. Immediately after the independence, lack of electricity in rural areas was taken up by the Indian Constituent Assembly and the Electricity (Supply) Act was passed in 1948, which paved the way for the formation of state-owned vertically integrated electric utilities in all the provinces.
Furthermore, the conduit of electricity in rural India was for 'productive input' in agro-based industries and for irrigation in the early period of the Five-Year Plans. During the late 1970s and 1980s, however, rural electrification was largely considered as a tool for correcting regional inequalities, and household access for the first time started to gain priority. While villages were getting electrified, there were still a large number of habitations and households which remained un-electrified. However, the situation started to change after the passage of the Electricity Act in 2003. The Act, for the first time, obligated both the central and provincial governments to enable rural electrification. To speed up the rural electrification efforts as a 'political goal', the then government declared the objective of 'Power for All by 2012' followed by the launch of a large-scale electrification effort, the Rajiv Gandhi Grameen Vidyutikaran Yojana (RGGVY) in 2005 to create village electricity infrastructure in all villages and provide free connections to all below poverty line households. Going beyond the practice of concessional financing by the federal government, RGGVY provided a mix of grant and concessional financing to the states and also moved away from the traditional execution model towards turnkey project execution (including involving the central sector power enterprises) for faster delivery as well as to insulate from other departmental implementation issues. Distributed Renewable Energy (DRE) was included to cover villages where extension of central grid was economically daunting. All these assisted to speed up electrification and more than 120,000 villages were connected to the national grid from 2005 to 2013. While villages were getting electrified, the percentage of electrified rural households was not increasing at the same pace. It went up from 43 percent to around 60 percent in March 2014.
Though the change in government in 2014 brought in stronger focus by also including agricultural feeder separation as part of the Deendayal Upadhyaya Gram Jyoti Yojana (DDUGJY) and electrification of the remaining extremely remote villages, the rate of household electrification continued to lag, with around 30 million households having no electricity connections in 2017. The government thus launched the Saubhagya scheme to connect all un-electrified households by March 2019. Saubhagya was a well conceptualized, first-of-its-kind scheme, focusing exclusively on household electrification at such a large scale and had some important features worth noting.

Saubhagya: connecting the unconnected in India

First, it expanded subsidies for electrification to include not only below poverty line households, but also other households who were identified using 2011 Socio-Economic and Caste Census (SECC) data and provided free connections to households having at least one "deprivation" (out of the seven identified under SECC). Second, households who were not eligible for subsidy per SECC data were also connected but with the condition that they pay a nominal amount of `500 ($ 6.5) to the electricity distribution companies (DISCOMs) in 10 on-bill installments. Third, Saubhagya made a provision of solar home systems of 200-300Wp capacity for the households in extremely remote areas. Although, most of the earlier programs had provisions for solar home systems, these were limited to meeting basic lighting needs only.

24x7-sustainable power supply: the challenges ahead

Of the three primary steps of rural electrification, the first two – one, the extension of village electricity infrastructure and two, connections to all households were achieved by March 2019. However, the third and most important step towards providing reliable, affordable and quality supply and responsive services to all customers and at the same time generating adequate revenue for the electric utility as well as reducing government subsidy outflow is still at a distance. The supply-side challenges that have persisted for a long time have been resolved to a large extent, and new capacities, especially based on grid-integrated renewable energy sources including solar rooftops and solar feeders for agriculture use, are being added to the system, with a national goal of having 40 percent of cumulative electric power capacity from non-fossil fuels by 2030. While Solar Energy Corporation of India is focusing on large-scale solar PV coupled with energy storage projects, there is also need for the development of local manufacturing and large-scale promotion of new technology for affordable storage at the distribution level to improve power quality, reliability, and peak-shaving applications.
The task for providing electricity supply round-the-clock primarily falls on electric utilities that are mostly state-run. They not only have to ensure that they produce/buy and supply electricity but do so in the most sustainable and efficient manner possible and also recover revenues. The reliability of electricity in the evening peak hours in rural areas still remains poor in many states. The metering, billing and collection and network maintenance services are also not up to the mark. Most villagers have to resort to multiple coping strategies to meet their home lighting needs. This set of access-gap consumers are the potential users of DRE solutions. Whether electricity is from the grid or from DRE systems, it does not matter to them. What matters is – it should be readily available when required the most and must be reliable and affordable.
What is also required is to considerably improve the operational efficiency of the DISCOMs by undertaking a change management programs as well as strengthening the electric sub-stations and sub-transmission network. While the accrued debt of the DISCOMs has been reduced under the UDAY program and many DISCOMs are increasingly using IT-based systems for robust monitoring and implementing smart pre-paid meters for revenue sustainability, change management programs will help to develop the needed working culture. In addition to the feeder meters and household level smart meters being installed for energy accounting, the government may also consider putting up a network health monitoring system and equipment to measure electricity supply interruptions, voltage drop and power factor at the 11 kV rural feeders as well as LT distribution network for real-time data recording and feeding to a central station at the state level to strengthen the outage management system and feed-forward mechanism. At the same time, electricity must be priced rationally so that DISCOMs find it viable to serve.
For efficient management of local power distribution, the distribution franchisee system could be restarted, once change management programs are initiated. The franchise system was operational in many states during the late 2000s and produced positive results towards revenue sustainability, but was discontinued. This can be done by engaging local franchise-entrepreneurs, including mini-grid operators (acting as independent electricity service providers, using their own generation and balance procuring at a wholesale price from DISCOMs, and then selling electricity at a weighted price. However, this may require some changes in the current regulation.
While developments in the sector are positive, what is needed to build a New India is to ensure that the remaining challenges are prioritized to achieve 24x7 power for all in a sustainable manner by 2022, the 75th year
of India's Independence. 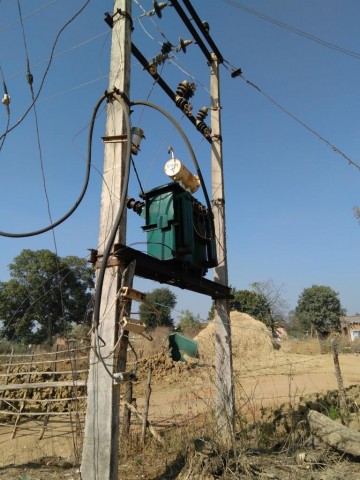 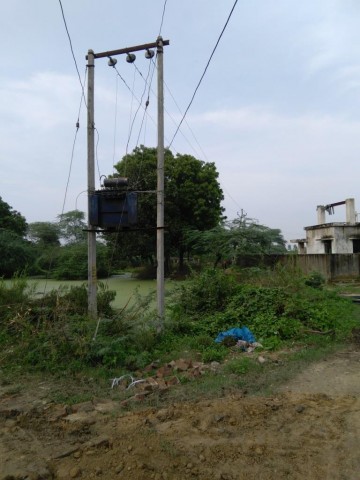 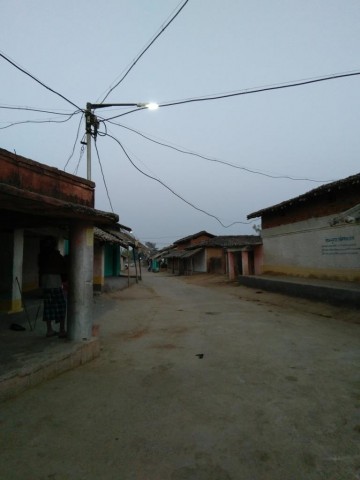 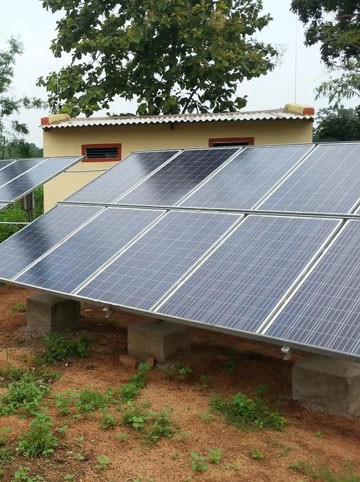 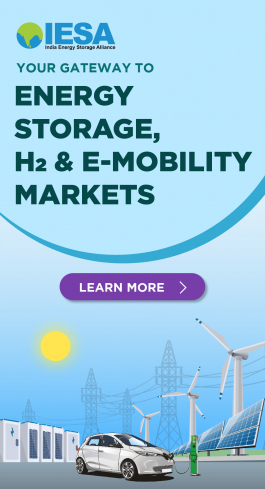 Action stations for a battery nation in the making The war in Europe and its ripple effects