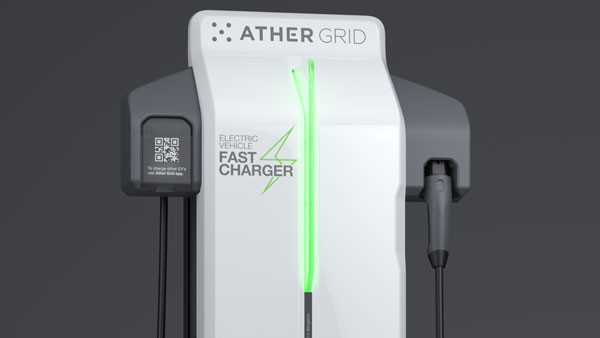 Ather has already begun installing the new fast-charging network in Bengaluru and Chennai and will soon commence the task in other Indian cities as well.

The new-gen public charging network will be capable of providing faster charging as compared to the company's current charging grids as well as faster bug fixing. The OTA updates on Ather Grid 2.0 will allow the EV maker to push out new features and bug fixes to all the grids remotely and in real-time.

Ather Grid 2.0 charging network will also come with better durability as the company claims that it is designed to handle degradation, making it suitable for installations in areas exposed to extreme environmental conditions. Further, its modular design will enable field serviceability of parts as well as remote diagnostics. The company says that Grid 2.0 will stay connected at all times, thus providing real-time availability of all charging locations in all cities.

The company has been eyeing the country's biggest electric vehicle public charging infrastructure and over the years, it has established one of the largest fast-charging networks for electric two-wheelers. The Ather Grid charging network is currently spread across more than 215 locations, spanning 21 Indian cities.

The company now aims to add 500 more charging grids across cities by the end of FY22, with all the new installations being the next-gen Ather Grid 2.0. The company's fast-charging network is open to all-electric two-wheelers and electric four-wheelers and can be used free of cost until the end of December this year. "It is critical to make charging infrastructure convenient and easily accessible to consumers to boost the adoption of electric vehicles," said Nilay Chandra, VP - Charging Infrastructure and Marketing, Ather Energy.