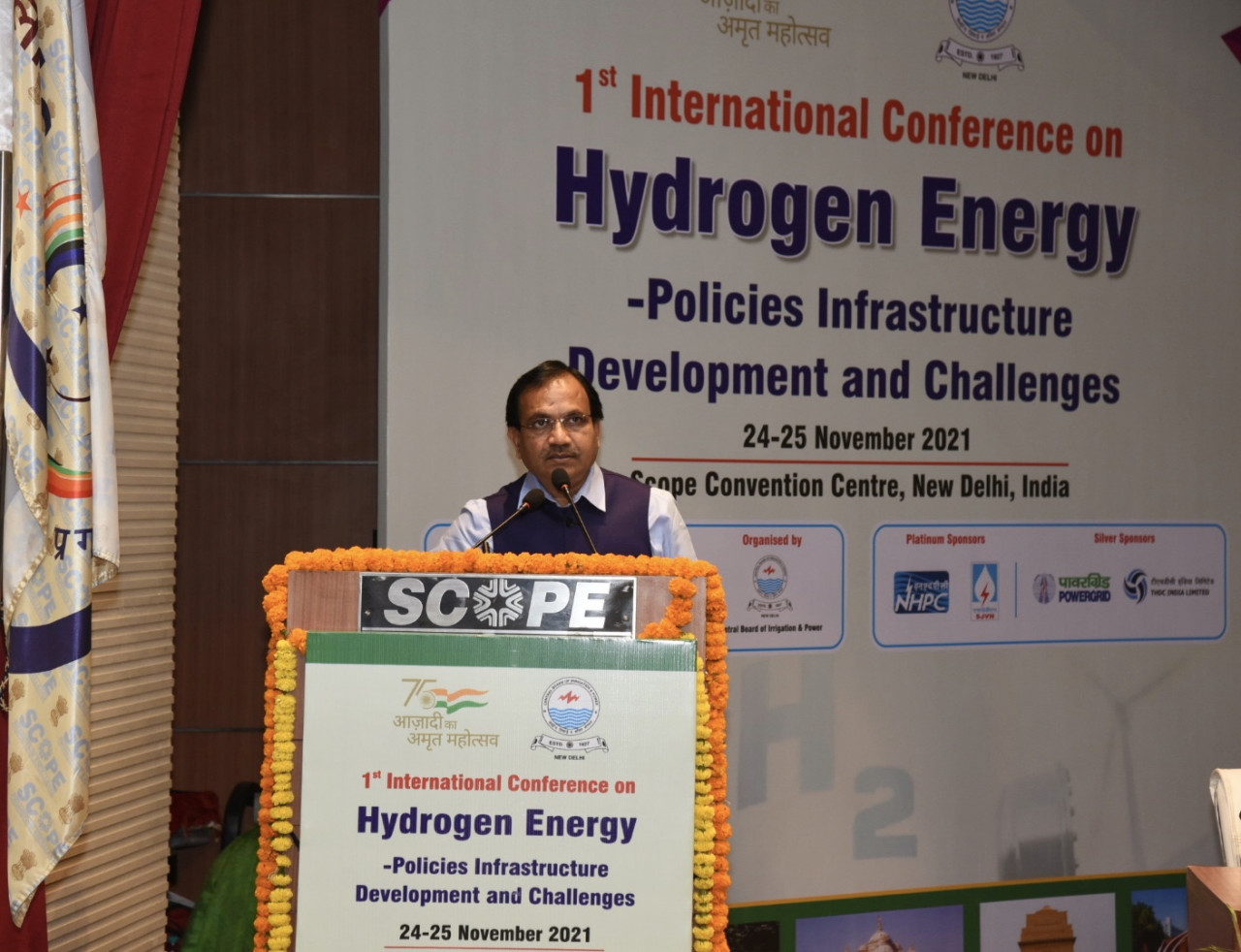 Central Board of Irrigation and Power (CBIP) with the support of the Ministry of New & Renewable Energy, Central Electricity Authority, and NTPC has announced that it has organized the 1st International Conference on Hydrogen Energy - Policies, Infrastructure Development and Challenges from 24th -25th November 2021

In his inaugural address, he said that the Hon'ble Prime Minister has emphasized his conviction for decarbonization of India in COP26. By 2030, India has a target of 500 GW of RE, and India has aimed for net-zero emissions by 2070for which we are continuously moving forward. He inspired technologists from IITs and other organizations for maximum research for Hydrogen Energy to culminate the challenge of reducing the cost of production for electrolyzers.

He informed that MNRE is coming out with a scheme for the same. He said that India must work towards the production of Hydrogen Energy so that apart from our consumption we may also be able to export to the rest of the world. He hoped that this conference will be able to deliberate future challenges for Hydrogen Energy and find solutions.

The conference aims to bring all the key stakeholders on the same platform to discuss all facets of Hydrogen Energy in India.

The conference also aims to move a step ahead towards achieving the following five-point agenda presented by the Hon'ble Prime Minister at the COP-26 conference in Glasgow, Scotland, while delivering the 'National Statement' amid this global brainstorming on climate change:

About 200 participants from 60 organizations from India and three international experts from Germany; Japan and Sweden are going to participate in the Conference. The deliberations of this conference are going to be spread over in five Technical Sessions during the two days.

The conference would highlight the vast developments that have taken place in the country over the last few years in the field of Hydrogen.

The technical committee of the conference selected 29 papers including three papers from foreign authors which will be discussed during these two days' deliberations.

The conference would culminate into recommendations to impart additional momentum to the development of Hydrogen Energy in the country.