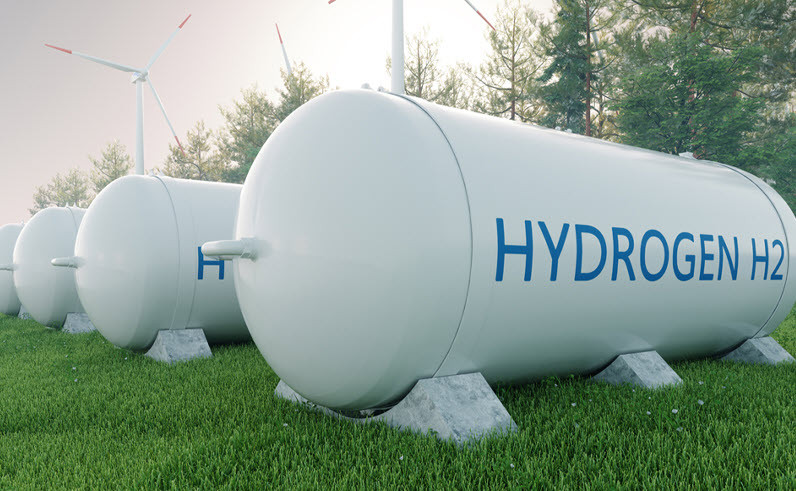 Hy Stor Energy LP (Hy Stor Energy) has announced that it is committed to developing and advancing the large-scale production, storage, and delivery of carbon-neutral hydrogen in the United States. Together with its strategic partner Connor, Clark & Lunn Infrastructure (CC&L Infrastructure), Hy Stor Energy will develop, market, and operate high-capacity hydrogen hubs that will serve as models for the use of climate-neutral hydrogen in the USA. The first major project - the Mississippi Clean Hydrogen Hub - is currently under development and has several approved locations for hydrogen storage.

The planned capacity of the Mississippi Clean Hydrogen Hub exceeds all other green hydrogen projects in the US by up to ten times and will be among the largest in the world. In the first phase, the Mississippi Clean Hydrogen Hub will produce an estimated 110 million kilograms of green hydrogen and store more than 70 million kilograms of climate-neutral hydrogen in its underground salt caverns. Subject to regulatory approvals and equipment availability, the first phase of the hub is expected to be operational by 2025.

"Mississippi's established and robust power grid is strategically well-positioned to support Hy Stor Energy's plans and the growth of a hydrogen hub in Mississippi. We welcome this innovative project and look forward to being able to make an important contribution with our unique salt dome capacities and qualified workforce," said Delbert Hosemann, Vice Governor of Mississippi.

"The greatest challenge in the energy transition is to close the gap to safely and reliably replace electricity generation from fossil fuels with renewable energies. At a time when extreme weather conditions are becoming increasingly common, it is crucial to store large amounts of renewable energy to be able to supply power for longer periods of high demand, "said Laura L. Luce, CEO of Hy Stor Energy.

"We believe that the approach we are taking in Mississippi will become a model for future carbon-neutral hydrogen projects that will not only meet the challenges of the energy transition but will also bring new jobs, economic impetus, and low-cost energy to communities in the region. We consider this to be an effective way

"Climate-neutral hydrogen will play a central role in the decarbonization of our global societies, as it shows a practicable path to the zero-emissions target," reports Claire Behar, CCO at Hy Stor Energy.

"Hy Stor Energy will serve customers from a variety of industries including transportation, power generation, and hard-to-decarbonize sectors such as manufacturing and industrial sectors where carbon-neutral hydrogen can replace fossil fuels."

This project will provide significant benefits to the Mississippi state's economy and environment, as it will provide reliable, clean energy while supporting long-term growth. The development and commercialization phases are expected to create hundreds of new jobs in the state and attract new manufacturing and industrial companies. In addition, the Mississippi Clean Hydrogen Hub will open up opportunities for the training and development of workers and facilitate the transition to a regional and fail-safe, climate-neutral hydrogen-based energy system.

"Your investments and success will improve workers' professional development and create well-paying jobs in our state. This will motivate other companies to invest in the talent and infrastructure we have built together. "

"Based on this experience, we consider the Mississippi Clean Hydrogen Hub planned by Hy Stor Energy to be groundbreaking and see it as a potential model for future efforts in the field of hydrogen technology."

Hy Stor Energy selected Mississippi as the location for its first carbon-neutral hydrogen hub because of the state's unique geology, strategic geographic location, abundant water resources, renewable energy from sun and wind, and a collaborative business climate. There are several natural underground salt formations in the region, in which large caverns can be set up to enable safe and effective storage of climate-neutral hydrogen for several years. Other advantages of these strategic locations are the nearby infrastructure, including gas transmission lines and power transmission lines, a highway and rail network, deep-water ports, and the Mississippi River.