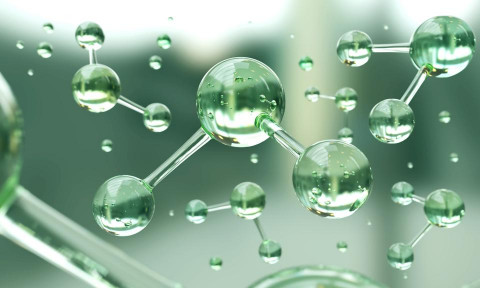 Lhyfe and the Swedish local energy company Trelleborgs Energi have announced that they have joined forces in a pre-study that aims to build a local renewable hydrogen production system in southernmost Sweden.

As committed change-makers, both companies are set to act now for the climate, focusing on green hydrogen as a solution. The results are due to be presented in the summer of 2022.

The initial study focuses on 5 MW of green hydrogen production capacity, in Trelleborg. The study covers the questions of energy supply, production capacity, technology selection, and location, as well as utilization of waste heat and oxygen. Trelleborg is a major transport hub that will require hydrogen to supply refuelling stations as well as to already ordered hydrogen vehicles. The number of heavy trucks passing through Trelleborg harbour is forecasted to increase from today's 800,000 per year to 1.8 million in 2026. Situated in the Öresund region, this project study in Trelleborg may contribute to securing hydrogen supply for both mobility and industry in efforts to reach zero carbon emissions. The utilization of waste heat and oxygen (a by-product of hydrogen production) is already being discussed with potential partners.

Lhyfe, which is counted among the world's largest and most advanced players in the green hydrogen market with 93 projects in development in Europe (more than 4.8 GW of total installed capacity) and a first industrial plant inaugurated in September 2021, connects its production sites directly to local renewable energy sources to fuel local industry and mobility uses.

We are proud to work hand in hand with Trelleborgs Energi, a company in a city that is putting green hydrogen on the Swedish map and above all also into action, says Björn Arvidsson, Area Manager Nordics & UK at Lhyfe.

We share a common DNA: we both want to act now for the climate, with a focus on renewable hydrogen. It is inspiring to collaborate to further propel the energy transition in the region.

The joint pre-study will point towards an optimum initial setup to produce hydrogen, using renewable electricity.

Hydrogen is a clever, multi-purpose energy carrier and can play a part in solving the climate challenge. We believe in making a real difference, in "walk the talk", and our renewable hydrogen initiative is one way of doing that.

Trelleborgs Energi and Lhyfe are both committed to transitioning the energy sector and pushing the boundaries of possible solutions.

We want to win the climate fight, says Björn Arvidsson. That means investing in new technology and building and operating green hydrogen production as soon as possible. This is targeted for 2024 here in the very south of Sweden. We strongly believe in the need and value of green hydrogen within industry and mobility. This project confirms Lhyfe's strategic presence on the Swedish market, from south to north!

We need to use all the means available to us, to combat climate change, adds Magnus Sahlin. We are serious about our commitment to changing the energy sector to better, sustainable solutions for the future. Hydrogen has been used for almost a century, but it has proven to be a smart, modern solution, that can make a difference for us here and now.