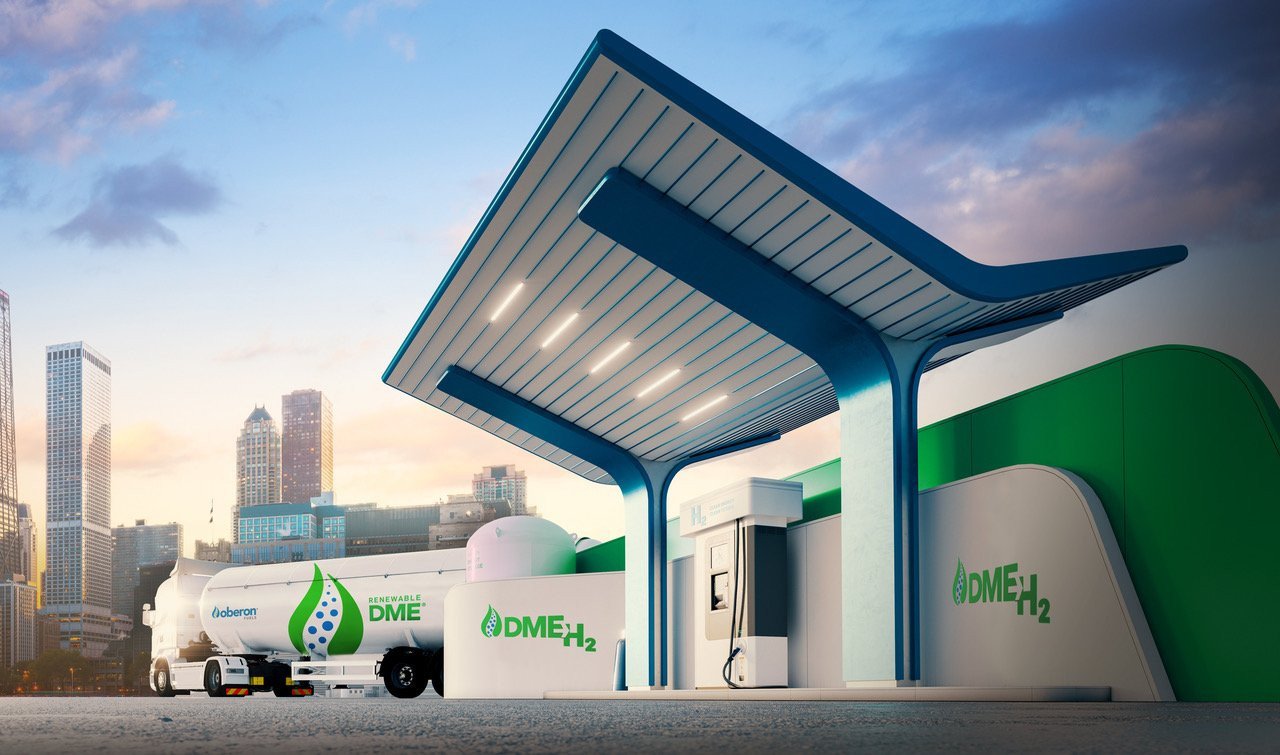 Los Alamos National Laboratory and Southern California-based Oberon Fuels have announced that they have secured funding from the U.S. Department of Energy (DOE). The Laboratory/Oberon project is expected to scale up steam reforming technology to produce renewable hydrogen (rH2) from renewable dimethyl ether (rDME), an innovative approach to increasing the global renewable hydrogen supply.

The effort is funded by DOE's Technology Commercialization Fund, which supports mature, promising energy technologies with the potential for high impact and is also part of DOE's "[email protected]" initiative to accelerate the development of a hydrogen economy by funding advanced-technology research, development, and demonstration (RD&D) with industrial partners.

Renewable DME has the potential to overcome the two largest barriers to widespread hydrogen adoption: the lack of cost-competitive, sustainable production, and the lack of energy-dense storage and transport.

DME is a hydrogen-rich molecule that can be produced from waste and/or renewable resources using Oberon's modular production technology. Because DME handles like propane/liquefied petroleum gas (LPG), it requires minimal modifications to the existing global LPG distribution network and leverages the expertise of its existing workforce. This project will produce the final step – technology that can convert rDME into rH2 fuel at the point of use.

"Our novel approach to generating hydrogen flips the current model on its head," said Rebecca Boudreaux, Ph.D., President, and CEO of Oberon Fuels.

"We are producing a hydrogen-rich molecule, moving it using existing, low-cost infrastructure, and converting it to hydrogen fuel on demand. We are thrilled to partner with Los Alamos National Laboratory and the Department of Energy to meet Secretary Jennifer Granholm's vision for a hydrogen economy."

This project builds on a previous "bench-top" demonstration of a DME steam reforming process conducted by researchers at the Laboratory, which produced 0.018 kg of hydrogen per day. The goal is to boost production to 25 kg per day—a greater than 1,300-fold increase in hydrogen production capacity. The modeling and experimental outcomes of this project will be used as the foundational underpinnings to further scale the process from 25 to 500 kg of renewable hydrogen per day, which exceeds what an average hydrogen filling station currently uses per day for light-duty vehicles.

"Based on the guidelines for alternative fuels, the DOE requirements for hydrogen carriers, our own thermodynamics analyses, and our bench-scale proof-of-concept validation, we believe DME is ideally suited for the [email protected] effort," said Troy A. Semelsberger, Ph.D., a Technical Staff Member at Los Alamos National Laboratory.

"The team at Los Alamos National Laboratory has already shown the advantages of DME-to-hydrogen reforming including lower reaction temperatures, which can reduce the operating costs and the system footprint. We cannot wait to build on this strong foundation to show that rDME can be a pathway to help decarbonize the transportation sector," said Elliot Hicks, Chief Operating and Technology Officer, and an Oberon Fuels co-founder.