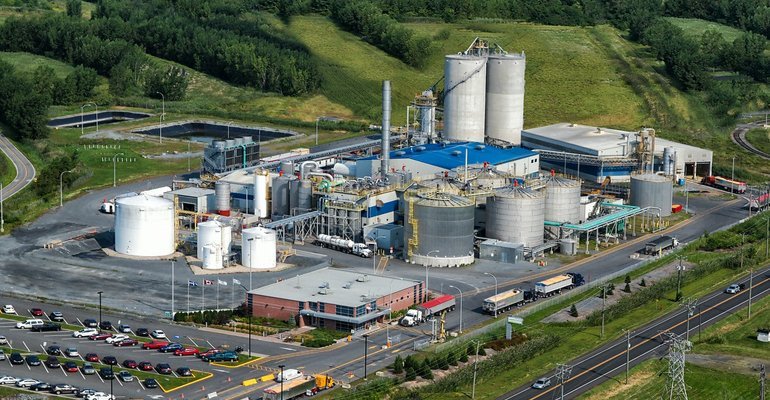 "With abundant natural gas resources and geology that is well suited to the utilization and permanent storage of CO₂, Alberta is one of the best places in the world to produce clean hydrogen," said Mark Little, President, and Chief Executive Officer, Suncor.

"Suncor's 50 years of experience producing and using hydrogen in refining and upgrading operations combined with ATCO's extensive midstream gas experience creates a winning partnership to reduce our companies' emissions and establish Canada as a global leader in clean hydrogen. Collaborating with industry partners and governments on these types of strategic projects will assist in decarbonizing our base business."

"This project would be a global scale solution to reducing emissions with made-in-Canada energy ingenuity while positioning Alberta at the forefront of the clean hydrogen economy," said Nancy Southern, Chair and Chief Executive Officer, ATCO. "A clean energy future is a shared national priority, and a transformational project like this one will require extraordinary collaboration with all levels of governments. We look forward to working with our partners in government and with our regulators to bring this vision to life."

Although several provincial and federal policies, fiscal programs, and regulations have already been put in place to support significant decarbonization and the development of a leading low-carbon fuels industry, further regulatory certainty and fiscal support are required for the project to progress to a sanctioning decision. For example, the availability of carbon sequestration rights, emissions reduction compliance credits, regulations to allow hydrogen blending into natural gas, and investment tax credits for carbon capture utilization and storage are all critical to the economic viability of the project. Suncor and ATCO are continuing to work collaboratively with the Government of Alberta and the Government of Canada to address these areas and create the regulatory and policy certainty and fiscal framework needed to advance this world-scale clean energy investment.

"This partnership is good news for Alberta's economic recovery. As our COVID-19 vaccine rollout continues to gain momentum, Alberta's government will look towards how we can get our economy going and get Albertans back to work," said Alberta Premier Jason Kenney. "With a highly skilled energy workforce and an abundance of natural gas resources, Alberta is ready to be a world leader in hydrogen production. Massive hydrogen projects like this will help us reach our emission goals while also creating thousands of good jobs for Albertans."

"For Canada to be a global leader in the low-carbon economy, we need to take immediate and strategic actions with long-term impacts. I'm pleased to see two major Canadian companies come together on an idea that could create good jobs and reduce greenhouse gas emissions," said Minister Francois-Phillippe Champagne, Minister of Innovation, Science, and Industry of Canada. "While this is a first step for the proposal, I am happy to see companies answer our call for bold projects that can demonstrate Canadians' expertise, drive, and spirit to build a world-leading hydrogen industry. Working with industry on decarbonization is a key part of our commitment to meet our ambitious climate targets while creating opportunities for all Canadians."

The hydrogen production facility would be located at ATCO's Heartland Energy Centre near Fort Saskatchewan, Alberta, and could be operational as early as 2028, provided that it has the required regulatory and fiscal support to render it economic. A sanctioning decision is expected in 2024. In addition to supplying clean hydrogen to Suncor and the Alberta gas grid, the project would make hydrogen volumes available for Alberta's other industrial, municipal and commercial transport users.

Both ATCO and Suncor have deep and enduring roots in Alberta, with footprints that span the province supporting thousands of jobs in hundreds of communities. The project would support further economic opportunity, incenting investment along the hydrogen value chain—from production through CO₂ sequestration and end-use.