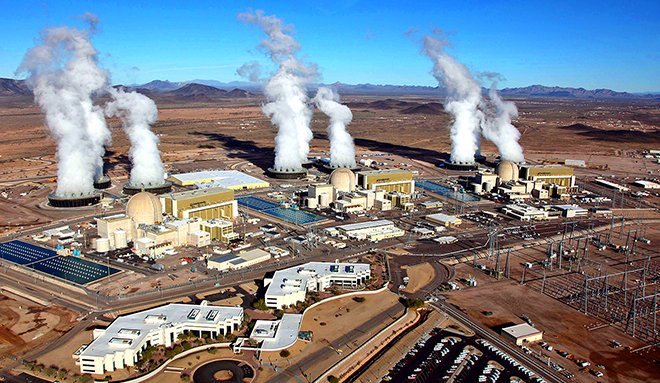 The US Department of Energy has announced that it has committed $20 million to an Arizona-based project that will use nuclear energy to create green hydrogen, testing its capability as a liquid backup battery and as a secondary product for nuclear power installations.

The project will be led by PNW Hydrogen LLC and will build hydrogen production facilities on-site at the Palo Verde Nuclear Generating Station in Phoenix, Arizona. There will be storage tanks big enough for six tonnes of hydrogen onsite, demonstrating about 200 MWh of energy that can be converted back into electricity and fed into the grid when demand is high.

The H2 will also be "used to make chemicals and other fuels," and the project will explore how nuclear stations can export and sell excess energy as an extra revenue stream. In a future renewable-based energy ecosystem, baseline power providers like nuclear stations will only be needed when the sun's not shining or the wind's not blowing, so hydrogen production could be a helpful way to use their downtime.

This is part of the DoE's "Hydrogen Shot" goal of reducing green H2 prices from around $5/kg to $1/kg within a decade.