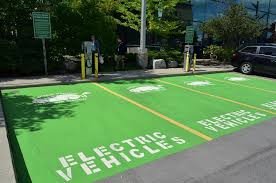 The request for proposal issued by CESL invites proposals from original equipment manufacturers (OEMs) to provide quotations for e-3Ws under different use-cases across India– including, garbage disposal, freight loaders, food and vaccine transport, and passenger autos.

"CESL aims to catalyze large-scale transformation of the transportation system in India by focusing on affordability and accessibility. We are working on providing electric two-wheelers, three-wheelers, four-wheelers, electric buses, and their associated charging infrastructure," said Mahua Acharya, MD & CEO, CESL.

"We will make an extra effort, if possible, to enable the deployment of three-wheelers that have a direct impact on livelihood generation and public health. Through this large-scale tender, we will set high quality and service levels and aim to standardize the sector."

The company has stated that all the e-3Ws will comply with FAME-II policy requirements and the scope of work for OEMs include designing, engineering, manufacturing, testing, inspection, supply, transportation, complete system warranty & transit insurance, delivery to the end-consumer, and providing after-sales support.

CESL will lease the vehicles to entities that wish to avail such leasing services. CESL will also make these e-3Ws available through its digital platform for resale to any entity interested in outright purchase, CESL stated in its official press release.

Through the latest procurement CESL intends to achieve cost reduction, standardize the demand for e-3Ws and maintain high quality and service levels through the implementation of quality assurance and quality control procedures of CESL.

For the development of this program, CESL has been supported by the USAID SPARC program.