Enabling the transition towards net-zero emissions 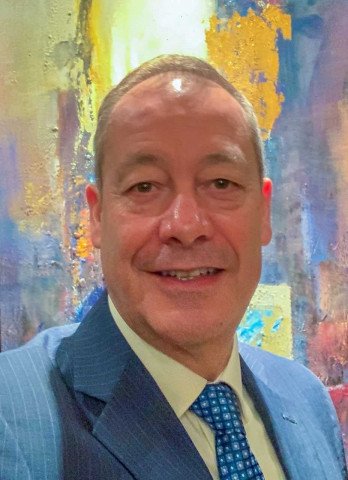 Q. Scotland has released the Hydrogen Policy statement last year recognizing the role of hydrogen in its decarbonization plan. What kind of support is Scotland providing for the same?

Given Scotland's abundant renewable energy resource, through the winds that cross the seas around Scotland, we are looking at green hydrogen to play an important part in our decarbonization plans. The policy statement describes the role that hydrogen could play and the scale of the economic opportunity this presents. The scenarios we are looking at sees potential for Scotland as an exporter of green hydrogen to Europe. The policies and support we are focusing on in the Hydrogen Policy Statement to meet an initial ambition of building up our capability to generate 5GW/year of green hydrogen by 2030.

In 2021, the Scottish Government will publish a Hydrogen Action Plan which will set out the specific actions that will implement its hydrogen policies, accompanied by £100m of funding to boost excellence in research, innovation development, and demonstration of secure, low-cost clean hydrogen production between 2021 and 2026.

While the policy statement and the upcoming action plan sets out the ambition of the Scottish Government, this scale of transition is not something that can be delivered by the Government alone, so we are looking for industry and investors to work jointly and in partnership to shape and be a part of the rapidly developing global and Scottish hydrogen markets.

Scotland is already the home of ambitious and world-first hydrogen initiatives, delivered in such partnerships, such as H100 the world's first 100 percent green hydrogen-powered Heat Network in Fife off the eastern coast of Scotland.

Q. Please tell us about the development of smart battery technologies in Scotland? What prospects does it bring for the industry and globally?

A battery is only ever going to be as clean as the energy used in its creation and as it is charged. As Scotland is already meeting its full electricity production from renewable energy, batteries developed and manufactured in Scotland have the potential to be the cleanest batteries in the world. There are already battery developers operating in Scotland, such as AMTE Power who specialize in ultra-high power lithium-ion battery cells for high-performance sports cars, but we are looking to develop a local supply chain and scale up the capacity for battery manufacturing within Scotland in response to the growing demand, and to utilize the advantage our renewable energy brings.

Scottish Universities are also looking at innovations in battery technology with a notable research project, led out of the University of St Andrews, is looking to accelerate the development of sodium-ion batteries as a lower cost and environmentally friendly alternative to established technologies.

Q. What kind of commitment has Scotland pledged for the development of low-carbon transportation? Please tell us about your transportation electrification plans?

As part of its ambitious target to become a net-zero greenhouse gas emitter by 2045 Scotland has pledged to phase out its need for new petrol and diesel vehicles by 2032. These ambitious goals are written into Scottish legislation and policies and initiatives to achieve these ambitions are already being implemented. One way that we are making this happen is through the electrification of Scotland's roads. ChargePlace Scotland, Scotland's national EV charging network, which is owned and developed by the Scottish government has grown its network of EV charging stations from 55 public charging points in 2013 to over 1,500 in 2020. At most of these stations, you can recharge your EV for free. As part of this rollout, we are also looking to electrify Scotland's longest road, the A9 at 439 km, to provide access to EV infrastructure to more rural parts of Scotland and to exemplify how EV is a feasible alternative also for long-distance travel in Scotland.

We are also looking at initiatives to utilize hydrogen and hybrid technologies in heavy-duty vehicles, such as buses, trains, and ferries. Of special interest is an ongoing project to decarbonize Scotland's railways where we are hoping to see Scotland's first hydrogen-powered train running already during COP26 in Glasgow in November this year.

Q. Please tell us about the green investment opportunities that are being developed and offered in Scotland?

This is a very timely question as Scotland has just recently launched a portfolio of green investment projects, covering £3 billion of projects across low carbon energy, power and fuel; low-carbon transport logistics and distribution; eco-friendly business space; circular economy and recycling; innovation and technology. The projects in the portfolio cover a wide range, much to contribute to the development of a commercial-scale hydrogen hub in Aberdeen, optical sorting of plastic waste, and an innovation park focused on battery development and low carbon transport.

Scotland's offshore wind sector also is a source of large green infrastructure projects as we are looking to build our offshore wind capacity to 40GW by 2050.

Q. What are your thoughts on the role of technology advancements like big data, artificial intelligence (AI) in achieving a low-carbon sustainable future?

The artificial intelligence (AI) and big data revolution, and the green energy transition are the two key movements of our time and it has been inspiring to see how AI and big data have contributed to the development of new and greener solutions. One good example of this is Glasgow's Smart City initiative, 'Future City Glasgow' where big data and AI models are used to automatically manage the demand of specific buildings by automatically adjusting for example heating and lightning-based on several factors such as local weather. AI also has an important role to play in improving the efficiency and performance of Scotland's greatest renewable energy asset, offshore wind. AI solutions are already in place to oversee operations, increase efficiency and reduce downtime, but there is also a role for AI to play in automating quality inspection of wind farms through, for example, image recognition technology combined with drones.

As AI technology becomes increasingly integrated into the lives of people, there is huge potential for many minor everyday energy-saving decisions to be made through the support of AI that would otherwise be very difficult to achieve. Autonomous vehicles' ability to drive more fuel efficiently, compared to human drivers, is just one of the examples of how AI-supported decisions can drive behavioral changes that increase our energy efficiency.

Q. With several development initiatives in place, India has developed as one of the key countries globally for business. According to you, what are the key elements for Scottish companies to set up base here?

India is a huge market, and it is facing many of the same challenges that Scotland is. One example is The Energy and Resource Institute (TERI) whose priorities outline the repurposing of business activity to stimulate green growth and create a more resilient India in the wake of the COVID-19 pandemic. Scotland is looking at its program for a green recovery following COVID, looking in particular at green heating for Scotland's buildings. In our role, to promote economic growth in Scotland through foreign direct investment, we have been looking directly at the commercial opportunities that are driven by Scotland's Green transition and where Indian companies have specific technologies and solutions to address the opportunity.

Similarly, Scottish companies looking to set up a base in India is to get visibility of the challenges and opportunities in India where their technologies could be a difference-maker. Some examples, in particular, come to mind where Scotland and Scottish companies have a leading position and where India is looking for growth. One of those being in off-shore wind power where India has set an ambitious target of reaching 30GW capacity by 2030.

Q. Sustainability has been the buzzword for the past few years, as organizations globally look to reduce carbon footprint and become carbon-neutral by 2030. How does Scotland plan to support this sustainable transition?

Scotland is a global leader in tackling climate change and reducing carbon footprints. In direct response to the Paris Agreement, our landmark Climate Change Act is the toughest, most ambitious legislative framework in the world with a target for net-zero emissions by 2045. This is more than just an ambition, as the targets have been written into law and the Scottish Government is actively rolling out policy and initiatives to reach the milestones. Some of these milestones include:

One of the main ways through which we are going to achieve this is through an expansive growth of our renewable energy capacity offshore wind. We are currently in the middle of a leasing round that will make available areas of the seabed around Scotland for offshore wind projects that will grow Scotland's offshore wind capacity by 10GW. Ultimately, we are looking at Scotland to not only meet its own energy needs through locally produced green energy but to export green energy across Europe in the form of green hydrogen.

Scotland is both looking to be both, an inspiration in terms of its ambitious internal policy goals and a provider of green renewable energy on a global scale.