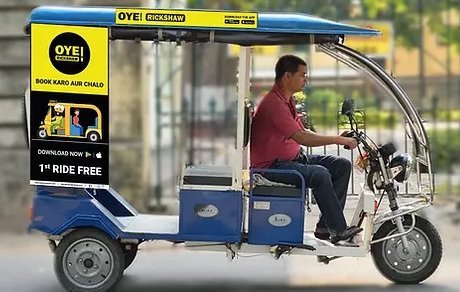 Electric mobility company Oye! Rickshaw has announced its plans to capitalize up to $500 million (over ₹3,700 crore) in the next three years to set up battery swapping infrastructure for electric three-wheelers across India.

The company, backed by investors such as Matrix Partners, Chiratae Ventures, Xiaomi, and industrialist Pawan Munjal, will be capitalizing money close to $20-30 million between this year and the next to accelerate its battery swapping business.

Oye! Rickshaw CEO and co-founder Mohit Sharma said that this investment is significant for the company's growth as it is also aiming for expansion of business. The CEO said although the second wave posed a huge challenge, the firm is trying to back to the original plans by September 2021.

Sharma also specified that since the battery swapping business is comparatively new in the country at present around 250-300 driver-partners have taken on board. "By December 2021, most of our fleet is going to be on swap...We plan to double up our supply in the next five or six months...So these amount to about 6,500 batteries needed to be purchased," he added.

Showing confidence in the market, Sharma also noted that the market holds huge potential with millions of users.