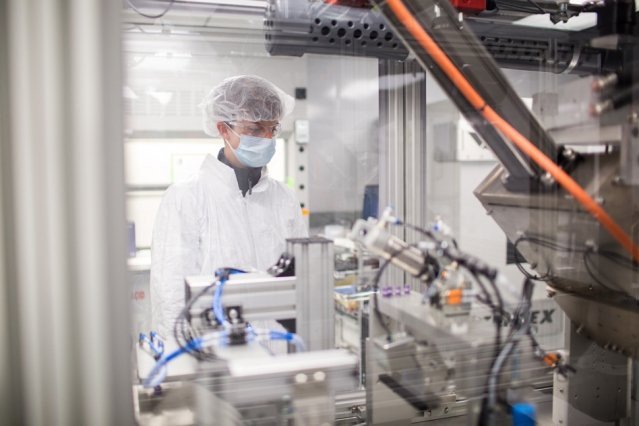 FREYR AS (FREYR), the Norway-based developer of clean, next-generation battery cell production capacity, and Alussa Energy Acquisition Corp. have disclosed that FREYR is in negotiations with a major multinational industrial conglomerate (the JV Partner) to potentially develop battery production facilities in North America. This development was noted by FREYR Battery in its 9 June 2021 filing of a third amendment to the registration statement on Form S-4 with the U.S. Securities and Exchange Commission.

FREYR and the JV Partner have entered negotiations regarding a draft non-binding memorandum of understanding (MoU) for a potential joint venture to be formed to prepare a project to build battery production and potentially related facilities in North America at a targeted scale of at least 50 GWh in annualized battery cell production by 2030 (the Venture).

The draft MoU provides a framework for FREYR's cooperation and that FREYR and the JV Partner will work to enter into certain additional arrangements regarding the consummation of a joint venture to use U.S.-developed solutions from 24M Technologies, Inc. (24M) at a battery manufacturing facility in North America. The use of 24M process technology in the Venture would require a modification to FREYR's existing 24M license agreement.

"It is a natural step for FREYR to include North America in our long-term plans for expanding our production of clean, low-cost, and low-carbon battery cells. This ambition was clearly validated by the U.S. Department of Energy's call this week for immediate actions to scale up the U.S. supply chain for battery materials and technologies. FREYR has strong U.S. bonds through our technology partner 24M and the upcoming business combination with Alussa Energy and NYSE listing which is supported by some of the leading institutional investors including Fidelity Management & Research, Franklin Templeton, Sylebra Capital, and Van Eck Associates. We are excited to be part of the gathering momentum in North America for battery-led green growth and decarbonization of transportation and energy systems," said Tom Einar Jensen, the CEO of FREYR.

Daniel Barcelo, CEO, President, and Director of Alussa Energy, added, "Alussa Energy is proud to be merging with FREYR to potentially bring clean, next-generation battery cell production to the North American market utilizing proprietary U.S.-developed technology. The potential joint venture demonstrates that other companies within the battery manufacturing ecosystem view FREYR's sustainable platform being developed in Norway as a robust starting point for scaling business opportunities into one of the largest markets in the world. We and Encompass Capital, a member of Alussa Energy's sponsor, are thrilled to support FREYR to become a leading player in the effort to accelerate America's clean energy future."

As part of these negotiations, FREYR and the JV Partner exchanged draft terms outlining the key commercial points of the potential joint venture in May 2021. However, many key terms of the Venture, including economic and investment terms, have not been agreed to in principle. There is no guarantee that the draft MoU if entered into, will lead to entry into binding documentation concerning the Venture, its terms, or consummation of the venture.