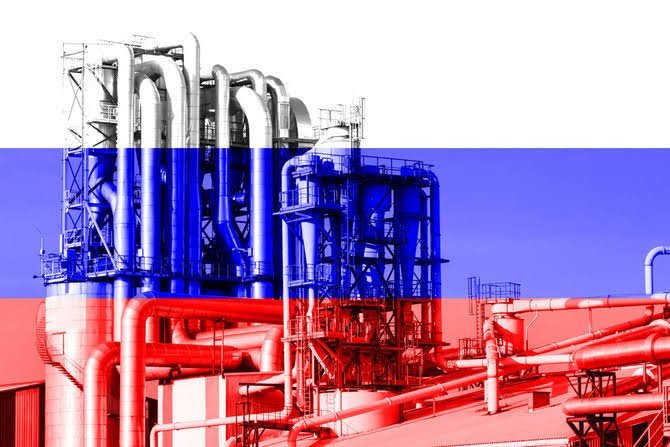 According to the current plans and policies, renewables could reach nearly 5 percent of the total final energy consumption in Russia. Accelerated deployment, however, could increase the share of RE to more than 11 percent, a RE map working paper from the International Renewable Energy Agency (IRENA) estimates.

RE generation in Russia, to date, remains very minimal with most of the electricity coming from natural gas, coal, and nuclear sources. Hydropower contributes to almost one-fifth of the power generation.

With the Russian Federation plans to derive about 5 percent of electricity from renewable sources by 2024, it means 5.5GW of renewables capacity and ESS would be needed to offset the intermittency of wind and solar energy generation.

In another development in energy storage in Russia, in October 2020, Russia's state nuclear major Rosatom set up a new subsidiary, Renera, to venture into the energy storage business. Reports suggest Rosatom has partnered with the French Alternative Energies and Atomic Energy Commission on joint research into alternative energy sources and energy storage.

In Sept. 2021, Russian energy storage company Renera signed an agreement with the Kaliningrad regional government to build a manufacturing facility -- 'Russian giga factory' in the country's western exclave region to produce energy storage systems and lithium-ion cells. The production plant is set to be launched in 2026 at the Baltic nuclear power plant (NPP) site. South Korean lithium-ion battery manufacturer, Enertech International (owned 49 percent by Renera) will serve as the technological partner for this project. Reports suggest once the plant is fully operational, it will have the capacity to produce at least 3GWh a year in terms of the total energy volume of the produced batteries. The plant's products will be mainly consumed by domestic car manufacturers, and therefore toward the state policy of import substitution.

The Russian government announced the Concept for the Development of Production and Use of Electric Vehicles in Russia until 2030.

According to IEA, the concept will see Russia invest a total of 591 billion Roubles in the development of battery and hydrogen vehicles by 2030. The government has set the goal to have 10 percent of vehicles produced in Russia to be electric by 2030. Further, it aims to install 9,400 charging stations for electric cars by 2024 and 72,000 by 2030.

In August 2021, the Russian government approved a roadmap for hydrogen development in the country -- 'Concept for the Development of Hydrogen Energy in Russia'. As per the concept, Russia's primary goal is to become a world-leading producer and exporter of hydrogen energy. Its official goals are to export 0.2 million metric tons by 2024 and 2 million by 2035.

Analysts, however, contend that the concept is much of a lengthy action plan and lacks details and a discernible implementation strategy.

At the Russian Energy Week (Oct. 2021), President Putin stated that hydrogen and ammonia will become increasingly important in global energy markets. Around the same time, Russian Prime Minister, Mikhail Mishustin noted that the country will spend over 9 billion Roubles, (around $127 million) to develop technology for the production, storage, and transportation of hydrogen over the next three years.

While Russia plans to produce hydrogen from nuclear and renewable resources, energy experts expect natural gas to play the biggest role in Russia's hydrogen production, given its vast reserves in the country. 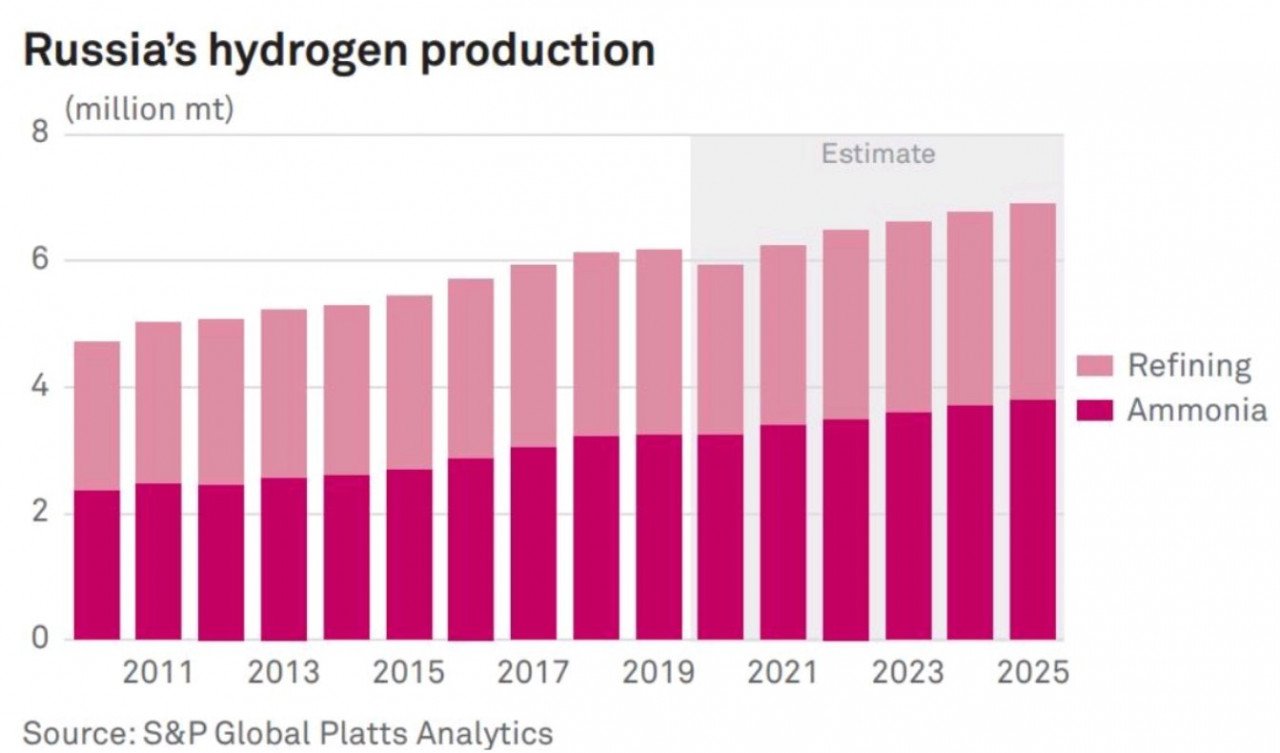 According to S&P Global Platts Analytics Russia is targeting 20 percant of the market share by 2030 and is set to ramp up production over the next five years. S&P forecasts Russian hydrogen production -- which stands at 3.4 million mt in ammonia and 2.7 million mt in refining as of 2021 -- to increase to 3.8 million mt and 3.1 million mt respectively, by 2025.

A few of the actors set to play a key role in Russia's hydrogen development plans include Gazprom, Rosatom, and Novatek.