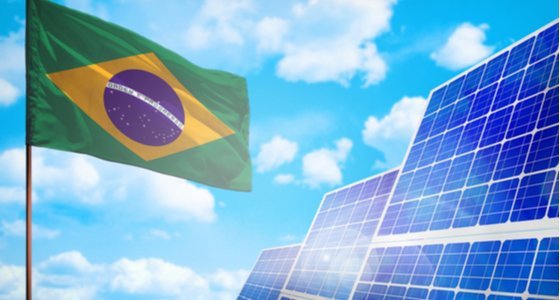 Energy storage is in the early stages of deployment in most parts of Latin America. As the penetration of RE increases in the power mix, and the region diversifies its sources of power generation; the role of batteries in smoothing out intermittent energy generation and in mitigating the costs of peak demand is bound to grow.

Policymakers and several private entities in the region are already preparing for the rise of battery storage with pilot projects and by developing an enabling policy framework.

Brazil is one of the largest energy producing countries in the world, with a capacity of 181,532 MW at the end of 2021. It has one of the highest electricity access rates in Latin America, granting 97 percent of the country's households' reliable electricity.

Hydropower is the main renewable source used in the country. It has the largest capacity for water storage in the world, being dependent on hydroelectricity generation capacity, which meets over 60 percent of its electricity demand. The national grid is powered 83 percent from renewable sources.

However, this large dependence on hydropower made the country vulnerable to supply shortages in low-rainfall years. The country is now looking into other reliable renewable sources of energy to supplement any future shortfall.

Brazil's energy policies actually have been very effective in meeting world's most urgent energy challenges. All of those policies have contributed to the increase in the percentage of renewables in Brazil's total energy consumption. Brazil's latest 10-year energy expansion plan seeks to maintain hydro generation while increasing the share of non-hydro renewables, particularly solar. Five years ago, the Brazilian Electricity Regulatory Agency (ANEEL) launched a R&D program for grid-connected energy storage projects, the first generation of which has already been implemented.

Though there is little market interest in storage technologies at present, given its high cost of implementation, it is predicted that with the rise of renewables in the energy mix, demand for solar-plus-storage hybrid systems will grow by 2023.

Businessmen from the sector point out that a national electromobility policy is required that aligns and coordinates public policies between the Federal government and the State and municipal governments to encourage the transition to EVs.

Lesser number of charging points was identified as a deterrent to adoption of EVs. To improve that situation, companies like Volvo, GWM, Raízen, GreenYellow, Audi, Engie and EDP, among others, are investing in charging stations around the country.

Many countries in Latin America rely on hydropower as the main source of power supply. But while the benefits of hydropower as a green source is valued, the flipside is the erratic supply during drought periods brought on by unpredictable rainfall caused by climate change. Add to that the high costs of building more hydroelectric plants, and the environmental repercussions, makes it important for the LA countries to tap into other renewable sources like solar and wind, which are amply available in this region. Furthermore, as economic development, population growth, and electrification progress, power demand is poised to grow, increasing the need for enhanced grid services.

According to a recent report by experts from the Inter-American Dialogue and the Inter-American Development Bank (IDB), policymakers in Latin America and the Caribbean (LAC) will need to acquire a strong grasp of the technical characteristics and benefits of new energy technologies, the services they can provide.

The report states that government-led auctions in LAC in the recent years, have awarded many solar and wind generation contracts at prices competitive with fossil fuel generation. According to BNEF, in the first half of 2020, onshore wind was the cheapest source of new bulk generation in Brazil, Argentina, Peru, and Panama, and solar in Colombia, Uruguay, Ecuador, Chile, and Guatemala.

Electricity demand in the region is already projected to double by 2040, and the electrification of transport and heating to decarbonize these sectors will drive it up further still. Energy storage will be a crucial element in order to integrate all of this variable RE and develop clean and reliable grids.

Though energy storage deployment in this region is still nascent, the World Economic Forum states that energy storage will affect the entire electricity value chain across Latin America as it replaces peaking plans, alters future transmission and distribution investments, reduces intermittency of renewables, restructures power markets and helps to digitize the electricity ecosystem.

Regulation pertaining to energy storage is in an early stage in Latin America. However, some countries have begun to restructure their regulations to cater to storage requirements. Ambitious renewable energy goals also create the expectation of increasing demand for storage, and some countries have even begun to hold specific tenders for storage.