Bangladesh is going through great energy challenges, with over 50 percent of its population living without electricity. It is important that the country harnesses the potential of renewable energy to increase accessibility and overcome power shortage.
It aims at producing 40 percent of its energy from RE sources by 2040. The government recently issued the National Solar Energy Roadmap (SREDA) draft that targets about 40 GW of solar power, in which 40 per cent will be generated from rooftop installations.

The government of Bangladesh, through its Bangladesh Power Development Board (BPDB) has signed 20-year power purchase deals with four solar generation facilities, with a total generation capacity of 181 MW. One of the projects will include battery storage and diesel to supply power to an island.

The government also recently signed a $515 million financing agreement with the World Bank, to help 9 million people get access to reliable electric supply while transitioning to clean energy.
According to a media release, the program will support solar metering connections for over 100 customers through the Bangladesh Rural Electrification Board (BREB), bringing 150 MW of new rooftop solar capacity onto the grid. It will improve and construct 31,000 km of distribution lines and deploy 200,000 advanced meters. In addition, the program will help strengthen Battery Energy Storage Systems (BESS) and distributed renewable energy through preparation of roadmaps for deployment. This will lead to an annual reduction of carbon emissions by 41,400 metric tons.

E-mobility
The automotive industry in Bangladesh is still a fledgling, with not much happening by way of EV manufacturing. There is an attempt being made by a local startup – Palki Motors, to bring about a small but essential change in the current situation, by launching its own locally assembled EV.

The vehicle is a four-door and four-wheel battery-swappable EV, that is undergoing testing at the Bangladesh Roads & Transportation Authority (BRTA) and Bangladesh University of Engineering Technology. While the Palkhi EV has already met more than 40 percent of the local standards, the company is waiting for the necessary approval, before booking orders. If all falls in place, the company plans to start delivering the first batch by the end of January 2023. 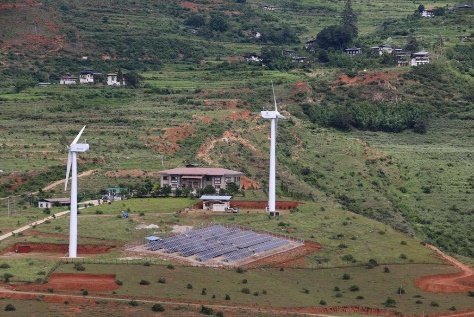 This small Himalayan country currently depends on hydropower for most of its electricity generation. But it is in the winter months, when water levels in reservoirs drop, that it becomes difficult to fulfil the demand for power. Last year, the generation reduced to 400MW, down from the requirement of 450MW.

To bridge this gap, Bhutan has been lately looking at diversifying its energy sources. Currently, the country's installed renewables capacity (excluding hydropower) is about 9 MW. In the next few years, the country plans to harness almost 300MW of solar energy.

As a first of many such projects, a 180kW solar photovoltaic (PV) plant was built at Rubesa village, in the western district of Wangduephodrang. It is the first ground-mounted solar power plant to be connected to Bhutan's national grid, which went online last year.

The project, with the capacity to generate about 269,000kWh of energy per year, has been integrated with a 600kW wind farm on the same site.

Supported by funding from the Asian Development Bank, the Bhutanese government is identifying other sites across the country to set up solar farms.

Given its unique geographical location Maldives does not have fossil fuel reserves, and has to import fuel to meet its primary energy needs. Energy security hence becomes a priority for the island nation.
On the plus side, Maldives has abundant renewable energy sources like sun, wind and ocean that it could harness, with the potential to produce green hydrogen. Together with the natural renewable sources, storage can make a significant impact and help reduce the country's overall energy import costs.

To embark on this energy transformation journey and achieve its 2030 net-zero target, Maldives has received assistance from the World Bank through two projects:

The Accelerating Sustainable Private Investment in Renewable Energy (ASPIRE) project, which began in 2014, has helped the government in implementing solar projects that have gradually increased the renewable energy capacity from 1.5MW to 17.5MW.

The Accelerating Renewable Energy Integration and Sustainable Energy (ARISE) project, which was signed in 2021, will include battery energy storage systems, enabling energy produced from RE sources to be stored till required by the utilities.

These two projects will help the government mobilize projects to the scale of 50 megawatt-hours of battery energy storage systems by 2025.

According to a World Bank feature, while this 11-megawatt project will help usher in innovations in solar and storage, ASPIRE and ARISE will move on to a new phase where the potential for offshore wind, tidal energy, hydrogen fuel cell, and electric vehicles (EVs) will be explored. 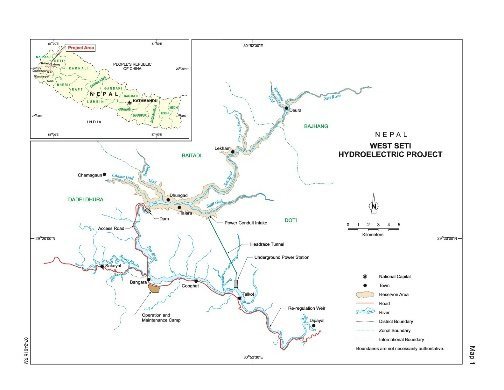 Nepal faces a power deficit problem, in addition to installed capacity issues, that is intensified due to the seasonal nature of the hydroelectric power in the country. During the winter season when the river flows dry up, the power output of the predominantly hydroelectric power system of Nepal falls leading to seasonal load-shedding.
Storage has been playing a role in the hydroelectric sector, with close to 14 percent of the installed capacity in the power sector as 'dam-storage', which essentially allows for storage that can be used in later seasons when water dries up. Nepal currently has an installed capacity of 1142 MW coming from 88 hydropower plants across the country.

Currently, ~40 percent of the population has access to electricity, and the rural electrification accounts for about 29 percent.
The NMB Bank Limited in Nepal has secured a $15 million boost from the OPEC Fund for International Development, and is set to expand its lending for renewable energy projects in an effort to accelerate the energy transition in the country.

Nepal has the potential to harness 50,000TWh of solar power per year, with support from pumped storage hydropower. According to the Global Pumped Hydro Atlas, Nepal has 2,800 good storage sites, which is 50 times more than required.

In an agreement earlier this year, the Nepalese government has allowed India's National Hydroelectric Power Corp (NHPC) to study and develop the 750 MW West Seti Storage Hydropower Project and 450 MW Seti River-6 Hydropower Project in Sudurpaschim province. Both these are storage type projects, and will have the combined potential of generating 1,200MW of energy. 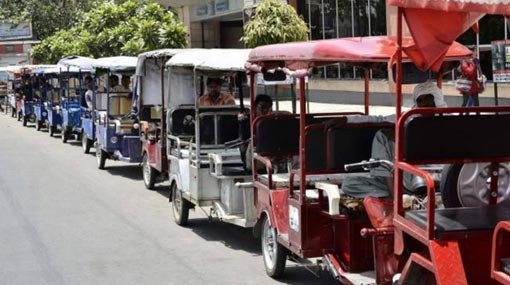 The power sector entities in Sri Lanka have limited ability to generate new investments in the generation, transmission and distribution areas, due to insufficient cost recovery mechanisms through the tariffs. The need for demand side management is very significant here, with a nearly 40 percent difference between the peak and off-peak demands of the country. This provides a potential for electricity storage to bridge this gap and level off the peak.

With the current economic and political crisis that Sri Lanka is going through, a lot of development plans in the country have been affected. The new president Wickremesinghe, elected a few months ago, is fighting to steady the troubled nation and manage the difficult reforms ahead.

While the financial crisis is making it difficult for the country to pay for fuel imports and power generation, it has highlighted the inconsistent progress being made in fulfilling its RE targets. In a situation like this it is imperative that the government secures it energy needs.

A 'Renewable Energy Generation Plan' was slated to be implemented in Sri Lanka from June this year, to enhance the renewable energy generation and its share in the energy mix of the country.

Sri Lanka is also taking a relook at all the projects with India that got delayed. These include key projects like the power grid connection between India and Sri Lanka, offshore wind energy, a solar power plant at Sampur in the eastern province and renewable energy projects on three islands of Jaffna in the north. Some details are:

India signed an MoU with Sri Lanka to construct three wind turbine farms in the three small islets of Nainativu, Analaitivu and Delft in the Palk Strait. The region lies between the southern Indian coast and Sri Lanka

Recently, India's NTPC signed an agreement with the Ceylon Electricity Board (CEB) to develop a 50MW solar power project in the Sampur area of Trincomalee. Last year India had extended a line of credit (LOC) to Sri Lanka for solar power projects.

The Adani Group has signed an agreement with the Sri Lankan government to build two renewable power projects of 286 MW and 234 MW, with an investment of $500 million, in Mannar and Pooneryn in the Northern Province

To reduce the impact of the current fuel crisis and mitigate the harmful effect of the consequent fossil-fuel use, the Sri Lankan government recently met up with the representatives of the United Nations Development Programme (UNDP) to talk about introducing electric three-wheelers and buses in the country as soon as possible.
There are more than one million 3Ws in Sri Lanka and the need of the hour is to convert these to run on electric power as a solution to the fuel problem and make it an affordable to use public transport.
The UNDP has implemented the E-Mobility program as a pilot project to convert ~300 3Ws to electric-3W this year, with an allocation of $1million. Focus will also be given to starting e-bus services in the capital city of Colombo.