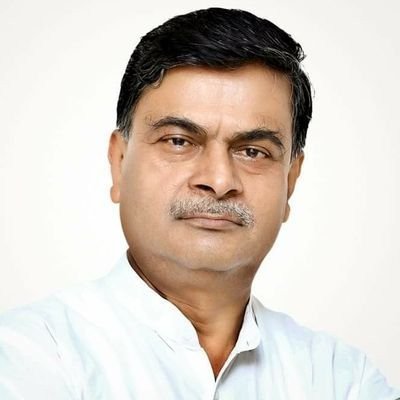 India has already achieved emission reduction of 28 percent over 2005 levels, against the target of 35 percent by 2030 committed in its NDC (Nationally determined contributions). This makes India among one of the few countries globally which have kept to its Paris Climate Change (COP21) commitments along with an exponential increase in renewable energy capacity. Considering the pace of development in the energy sector, India is determined to not only achieve but exceed its NDC commitments well within the committed time frame. This was stated by Union Minister of Power and New & Renewable Energy, and President of International Solar Alliance, RK Singh in his keynote address at the 'INDIA-ISA Energy Transition Dialogue 2021' organized by the International Solar Alliance (ISA) and the Union Ministry of New and Renewable Energy (MNRE).

The minister highlighted that from time to time, the Government of India has endorsed favorable policies and regulations to boost the clean energy sector. India has been aggressively pushing for energy efficiency improvements for the past two decades through a combination of innovative market mechanisms and business models, institutional strengthening, and capacity building, as well as demand creation measures.

Mr. Singh further added that the key is to allow the regulatory and policy support to keep the sector afloat till the supply-side strengthens, technology develops, and the competitive market takes root resulting in a fall in prices, and the industry becomes self-sustainable. He said that it is anticipated that by 2050, 80-85 percent of India's overall power capacity will come from renewables. India has already touched 200 GW of peak demand. The demand had crossed what it was during the pre-COVID time, and it is expected that electricity demand will continue to rise. This gives us the space for adding more renewables capacity, but it will call for power system flexibility and the introduction of various storage technologies.

The minister explained to the members that it is a matter of immense joy and pride for the Indian Power Sector to have achieved the coveted milestone of 100 GW of installed Renewable Energy Capacity. While 100 GW of capacity has been installed and operationalized, 50 GW of additional capacity is under installation and another 27 GW is under tendering process as of 31st July 2021, 38.5 percent of India's installed power generation capacity is based on clean renewable energy sources and with this pace, we will reach the target of 40 percent by 2023. At present, India stands at 4th position in the world in terms of installed RE capacity 5th in solar, and 4th in wind energy capacity.

He further said that under the visionary leadership of the Hon'ble Prime Minister, India plans to continue this momentum in the clean energy sector by systematically scaling up its targets to install 450 GW of renewable energy capacity by 2030 from its existing target of 175 GW by 2022. The 100 GW achievement not only marks an important milestone in India's journey towards its target of 450 GW by 2030 but also builds upon the confidence to achieve more and be among the leading countries embarking on a path towards energy transition globally.

The minister stated that the active private sector continued to strengthen the supply side through capacity-building exercises. The story is expected to be repeated in the years to come with advanced technologies, such as energy storage and green hydrogen. Dedicated Green Energy Corridors initiated by the MNRE have made it easier for renewable energy developers to avail grid connectivity and evacuate up to 40,000 MW of large-scale renewable energy from renewable energy-rich parts of India. Going ahead, similar initiatives would be employed to push for the adoption and installation of floating solar power plants in water bodies and reservoirs across the country.

Mr. Singh stated that India as a global champion for the Energy Transition is taking the lead to support a global energy transition that is just, inclusive, and equitable and it will be a pleasure to discuss with other countries as to what paths they are adopting for decarbonization. He pushed other countries to come up with concrete plans to achieve net zero-emission.

The minister urged countries from around the world to have discussions on core issues and embark upon ways to facilitate realistic energy transition and high renewable energy penetration. He said that "I hope this dialogue kicks-off an exchange of best practices between India and ISA Member countries, while also outlining the future roadmap as a collective step towards achieving climate goals. I hope this makes the road to transition easier for many countries where many communities still rely on fossil fuels and need national decarbonization strategies to transition smoothly."