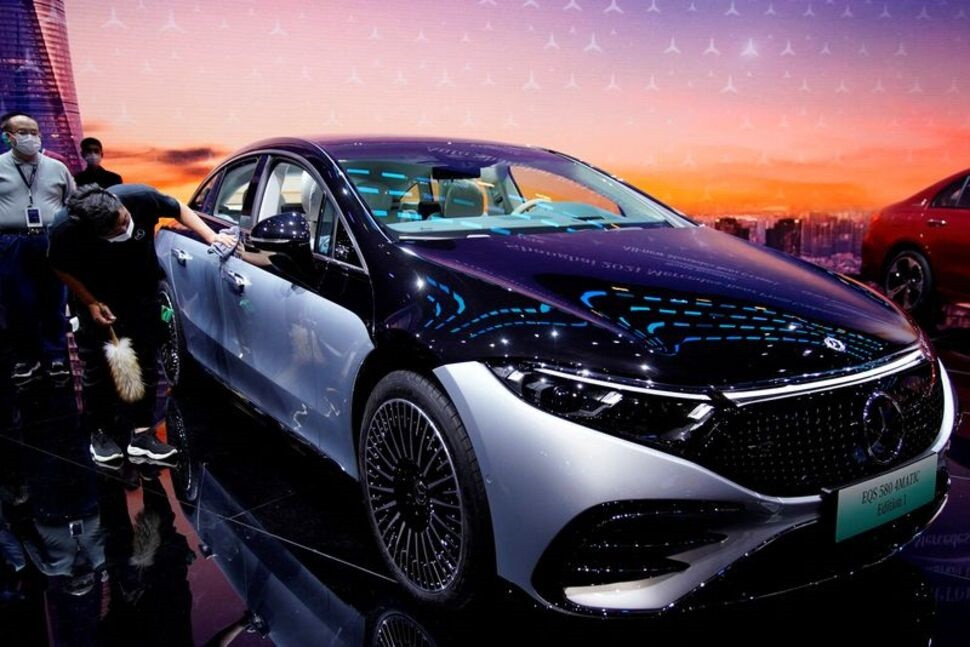 Luxury car manufacturer Mercedes-Benz has announced its plans to start assembling the electric version of its flagship S-Class sedan, the EQS, in India as a part of a broader strategy to electrify its portfolio in the country.

The carmaker will be the first global luxury car manufacturer to assemble electric vehicles (EVs) in India and it anticipates selling the EQS there in Q4 this year, Martin Schwenk stated.

"With the EQS we see a very strong product at hand. It will set the standard for EVs in India. We believe we also have volumes behind it," Schwenk said.

It has been developing an "EV roadmap" for India over the past two years, though the plans are at an early stage and future launches will depend on demand and government policies, Schwenk said.

Global automakers are planning to spend more than half a trillion dollars on EVs and batteries through 2030, according to a Reuters analysis, to meet progressively tough decarbonization targets.

Mercedes-Benz manufacturer Daimler has said it plans to invest more than 40 billion euros ($47 billion) globally by 2030 to develop battery EVs.

Sales of electric cars in India, particularly luxury models, have yet to take off, principally due to a lack of local component and battery production, negligible charging infrastructure, and high prices.

Additionally, import duties on EVs are as high as 100 percent, triggering Tesla Inc to lobby the Indian government to reduce the rates ahead of its planned launch in the country this year.

India, however, is incentivising companies to produce vehicles, batteries, and other components locally.

Even without the need to pay import duties, Schwenk stated the price of the locally-assembled EQS sedan was unlikely to be below that of the imported EQC SUV, which retails for around $136,000.

While Schwenk did not say how many EQC models Mercedes had sold in India, he said he anticipated sales of the EQS to be higher, as the company sees stronger demand for its luxury sedans.

Schwenk said if pandemic-related issues and supply chain disruptions, including semiconductor shortages, can be contained this year its sales could come close to peak levels.