Solar power capacity worth 5600 GW must for India to reach net-zero by 2070: CEEW 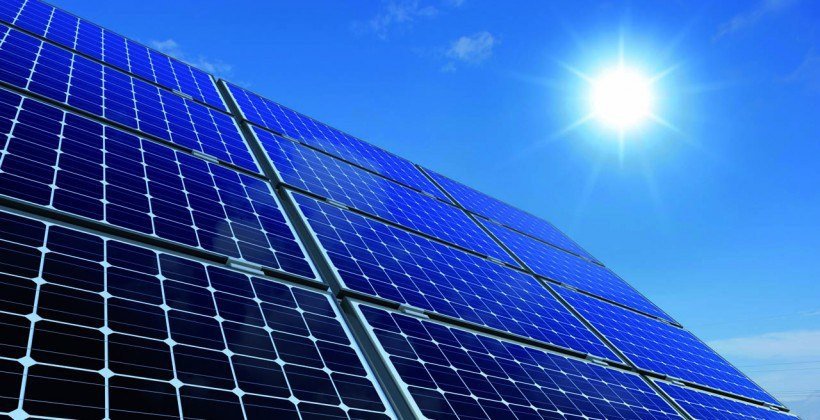 India's total installed solar power capacity would need to increase to 5630 gigawatts (GW) if it were to pledge to achieve net-zero greenhouse gas emission by 2070, according to an independent study released today by the Council on Energy, Environment, and Water (CEEW).

Consequently, the total corresponding land requirement for India's power generation assets, especially solar, would be approximately 4.6 percent. India would also need to develop the requisite recycling capacities to handle the solar PV waste generated. At present, India has 100 GW of installed renewable energy capacity, of which solar comprises 40 GW, and it aims to enhance the RE capacity to 450 GW by 2030.

The first-of-its-kind CEEW study 'Implications of a Net-zero Target for India's Sectoral Energy Transitions and Climate Policy' also underlined that to achieve net-zero by 2070, usage of coal, especially for power generation, would need to peak by 2040 and drop by 99 percent between 2040 and 2060. Further, consumption of crude oil, across sectors, would need to peak by 2050 and fall substantially by 90 percent between 2050 and 2070. Green hydrogen could contribute 19 percent of the total energy needs of the industrial sector. These insights assume that hydrogen would play an integral part in this transition, while Carbon Capture and Storage (CCS) technology would play a negligible role.

Vaibhav Chaturvedi, Fellow, CEEW, said, "For vast and diverse developing countries like India, at least a thirty-year gap between peaking and the net-zero year would be critical. This will ensure a smooth transition by giving policymakers and other stakeholders sufficient time to plan and adapt to a new energy system. Also, as we move towards a net-zero future, energy prices could rise in the short run, and workers that are a part of the fossil-fuel economy could lose jobs. Hence, developed countries should offer generous financial and technological support to the developing ones to help them set ambitious goals regarding emissions reduction while ensuring a just transition."

Dr Arunabha Ghosh, CEO, CEEW, said, "Equity must be at the heart of the net-zero debate. Developed economies should significantly advance their target of achieving net-zero and not wait till 2050. This will give developing countries room to pursue a just and sustainable energy transition. Going forward, India should also co-invest and co-develop new green technologies in partnership with other countries to create new jobs and markets. Green hydrogen is one such technology that could replace coal in the industrial sector. India should invest in research and development and become an export hub for green hydrogen and electrolysers in the coming years."

According to the CEEW study, in 2070, electric or battery-driven passenger vehicles would comprise 84 percent of all cars sold in the country. Further, 79 percent of all trucks would run on battery-electric technology and rest on hydrogen. Households across the country would also have to use electricity as the primary cooking fuel. The share of wind and nuclear energy in India's electricity generation mix would have to increase to 1792 GW and 225 GW, respectively.

The findings of the CEEW study are pertinent since the recent report by the Intergovernmental Panel on Climate Change (IPCC) underscores the criticality of achieving net-zero globally to limit the total rise in temperatures to 1.5-2 degrees in the coming decades. More than 125 countries have expressed their willingness to achieve a net-zero future. Even though India is yet to commit to a net-zero target, it is the only G20 country to meet its emission reduction commitments made in the Paris Agreement. It is also a leading partner in the International Solar Alliance and has recently announced the National Hydrogen Mission to push the innovation, production, storage, and usage of green hydrogen.