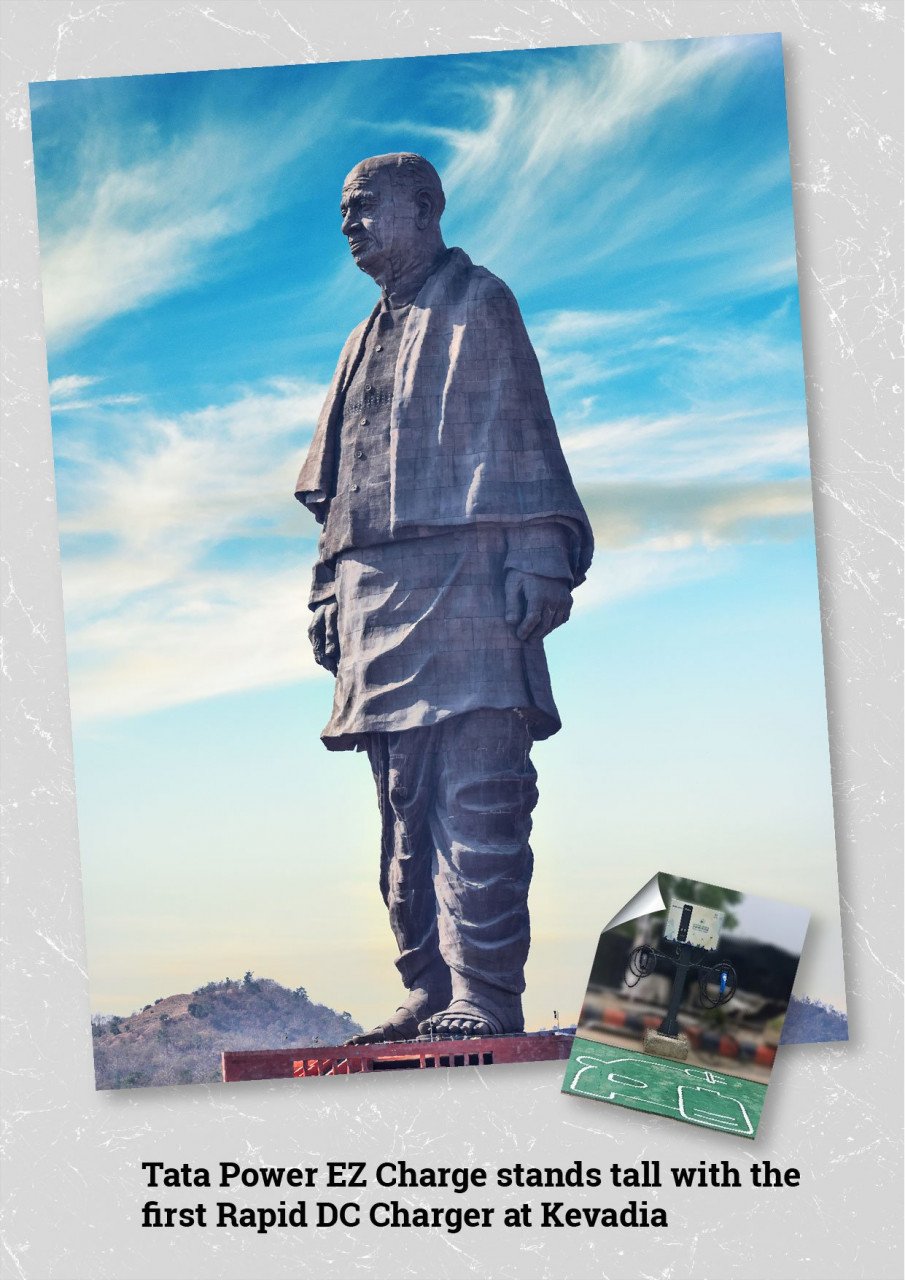 Tata Power has announced that it has installed the first-ever Fast DC electric vehicle (EV) Charger at the home to the world's tallest statue and famous Indian Landmark - Statue of Unity located at Kevadia in Gujarat. The grand statute is of India's first Deputy Prime Minister and Home Minister Bharat Ratna Shri Sardar Vallabhbhai Patel. The statue symbolizes the national, spiritual, and historical oneness of our vast country.

The Tata Power EZ Charge (Charging Station) at Kevadia, near the railway station, will become an important pit stop for EV users. EV users can access this charger through the awarding-winning Tata Power EZ Charge application. It offers a seamless user interface, making it convenient for all EV owners to locate, navigate, book, charge, pay & checks the availability of the nearest e-charging stations in real-time.

According to the announcement made by the Prime Minister of India Shri Narendra Modi on the World Environment Day and the Statue of Unity Area Development and Tourism Governance Authority (SOUADTGA), Kevadia, which houses the world's tallest Statue of Unity, will become the country's first electric vehicle city with only electric buses, cars, and two-wheelers on roads. The company's move to set up the charging station will surely support the grand move.

"Visitors coming to the Statue of Unity can now travel in their EV's without the anxiety of charging their vehicles. We are delighted that Kevadia-home of Statue of Unity is now EV-ready with a DC fast charger. Tourists coming from Surat, Vadodara, Ahmedabad, and other cities can now make the journey in their electric cars without worry. We are committed to installing EV charging points at important highway locations and similar tourist destinations." says Mr. Sandeep Bangia, Head – EV Charging, Home Automation & ESCO Tata Power.