The much-awaited UN summit discoursed on the significance of accelerating the global transition from fossil fuels to zero-emission road transport and long-duration energy storage in pursuit of becoming net-zero by 2050, with landmark pledges and shared commitments.

The 2021 United Nations Climate Change Conference (COP26) held in the first week of November in Glasgow, UK, was billed as the most critical event of our times for the world to come together and deliver decisive actions to save our planet. It was more of a 'now or never kind of conundrum that our world is facing, especially after two years of ragging COVID-19 pandemic and a series of climate-change-induced disasters in almost all parts of the world. Governments and industry leaders made a plethora of announcements and pledges to mitigate various effects of climate change at different capacities, including a fast-tracked approach to uptake of clean technologies by imposing worldwide standards and policies five high-carbon sectors, namely road transport, electricity, hydrogen, agriculture, and steel. 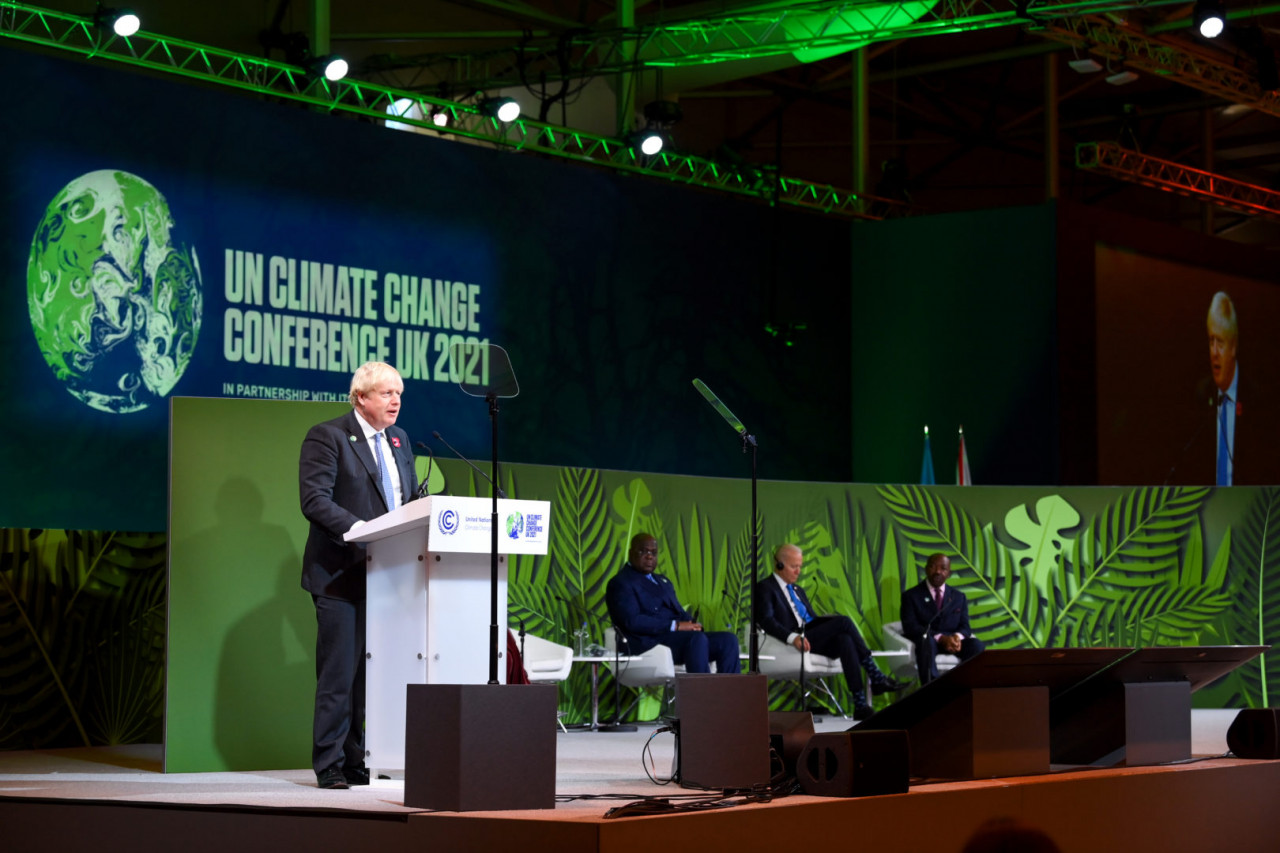 Road transport accounts for about 10 percent of global emissions and its emission levels have doubled in the last five decades with over 80 percent increase in vehicles. This sector is almost entirely dependent on fossils fuels, and so the global climate change discussions place this sector on a priority to make efforts to decarbonize itself and accelerate its transition to zero-emission vehicles (ZEVs), which include battery electric (BEVs) and hydrogen fuel-cell vehicles (FCVs). Since the 2015 Paris agreement, the focus is to build consensus on the pace of this transition and strengthen cooperation among all stakeholders of the industry.

At COP26, the Zero Emission Vehicle Transition Council (ZEVTC), created last year for this very purpose, brought together governments from the world's largest automotive markets – that collectively account for more than half of the new car sales globally – to discuss how to accelerate the pace of global transition to ZEVs. The council drew up the 2020 Action Plan that spoke on ways and means to achieve the goals and key priority areas. It also stressed ensuring the transition to ZEVs to be just and sustainable, by affirming to circular production of ZEVs and making them accessible and affordable in all regions by 2030.

Ensuring the transition is truly global

Further, the summit featured a first-ever landmark declaration that commits to ending the sale of new cars and vans that generate emissions by 2040 globally, and by no later than 2035 in 'leading markets'. Signatories of the non-binding declaration are governments of various nations including developing or emerging economies, regional authorities, automakers, fleet operators, investors, and financial institutions. It called for strong policy and bold commitments from all stakeholders, and cooperation to address strategic, political, and technical barriers to the production of ZEVs and increase economies of scale.

India, represented by NITI Aayog, is also among the government signatories to this pledge by underlining its stature as the largest market of 2Ws and 3Ws, and its ongoing efforts to shift these segments to zero-emission. Automotive signatories include BYD Auto, Ford Motor Company, General Motors, Jaguar Land Rover, Mercedes-Benz, and Volvo Cars. Countries with some of the largest auto markets in the world like the USA, China, and Germany were conspicuously absent in the signatories list, along with leading automakers like Volkswagen, Toyota, Renault-Nissan, and Hyundai, to name a few.

For the sake of trucks and buses, a first-of-its-kind global MoU for zero-emission medium- and heavy-duty vehicles (ZE-MHDVs) was signed by 15 countries to work together towards 100 percent zero-emission new trucks and bus sales by 2040, to facilitate net-zero carbon emissions by 2050. Countries like Canada, New Zealand, the UK, Turkey, and Scandinavian nations have also set an interim goal of 30 percent zero-emission new vehicle sales by 2030. Sharing a coordinated spirit, regional governments like that of Quebec (Canada) and Indian State of Telangana, along with companies like Scania, DHL, and Heineken have endorsed the MoU.

Complete decarbonization of new trucks and buses requires massive investments in long-range battery and electric propulsion technologies, along with advancements in charging durations and infrastructures. This segment is traditionally seen as the most challenging in terms of electrification, as reliable zero-emission technologies and commercially-viable options for fleets are still not ready, except for city buses and light cargo applications.

The two coordinated agreements for road transport – one for cars and vans, and the other for heavy vehicles – were announced at COP26's 'Transport Day', which could have better been titled as 'electric mobility day' as the prime focus of the day's summit proceedings seemed to focus largely on EVs. Among various side events of the day, a conference on the GEF-supported Global Electric Mobility Programme was also held, where partner countries, the private sector, and financial organizations deliberated on mainstreaming e-mobility and leveraging the GEF program to accelerate the transition.

In all these efforts on the transition to ZEVs, the big aspect that COP26 pledges relating to transportation seem to be missing is the energy transition towards renewables. Volkswagen, which did not endorse the 2035 zero-emission pledge, clarified that it was just being realistic. The automaker, which is executing grand EV plans in many markets already, said that the aspired environmental outcomes of signing up to the declaration were not clear-cut, as electricity production in markets like US and China are still largely dependent on fossil energy. Toyota, known for its low-emission Prius Hybrid since 1997, responded that it will continue to offer suitable products including EVs depending on diverse factors including clean energy, charging infrastructure readiness, and customer needs in each market.

Interestingly, the irony of energy transition was witnessed at COP26 events as well. The electric cars used to ferry delegates to event venues in Glasgow were charged by ICE power generators, due to lack of adequate charging provisions in certain areas. Although the organizers clarified that the generators are powered by hydrogenated vegetable oil (HVO) that is relatively cleaner than diesel; and delegates were asked to use electric shuttle buses or other public transport wherever possible, this points to the larger energy dilemma that is currently faced by the EV industry. The UK is far better in this regard, with about 43 percent contribution from renewables to grid power, unlike other countries like the USA, China, or India.

Further, to offset the carbon footprint of road transport, strategies beyond electrification of vehicles were hardly given any due importance at COP26 discussions. This includes impetus on stakeholders to promote sustainable public transport. More so in developing countries like India, inadequate capacity investments have led to a decline in the share of public transport, only to favor personalized transport with a higher carbon footprint.

A recent study by TERI suggests that about 25 percent of total carbon emissions can be addressed if we focus attention on easier-to-transition vehicle segments to EVs. India is certainly moving in the right direction, with a robust policy framework for EVs emerging at the Union and State levels, but the attention has to be sharpened towards key segments like e-2W, e-3W, and e-buses, along with improved public and private investments in public mass transport systems at all levels. Moreover, India should also chalk out a systematic roadmap for the energy transition to renewable sources, by going beyond mere capacity addition of renewables to practicing sustainable grid management and carbon off-setting, to realize our commitment at COP26 to become net-zero by 2070.

To achieve net-zero, it's high time that India should start paying attention to energy storage. Policymakers have to realize that renewable generation cannot scale up without efficient energy storage and grid optimization beyond a point. At the COP26 summit, Long-Duration Energy Storage Council (LDES) was launched as a part of global efforts to shift to renewable energy, in particular, to replace conventional energy to meet peak demand with zero-carbon long-duration energy storage systems. The council will provide fact-based guidance to governments and grid operators in LDES deployment to help achieve net-zero for electric grids by 2040.

The council estimates a total requirement of about 85 to 140TWh of LDES deployment to achieve net-zero grids by 2040, with at least 1TWh adoption to set the pace for 2040. These projections would entail an investment of about $1.5 to 3 trillion globally, with an outcome of eliminating 1.5to 2.3 gigatons of CO2 emissions – about 10-15 percent of global power emissions, the council says. The lacking elements are right policy commitments from countries to create enabling market conditions for energy storage alongside renewable generation. The summit failed to come up with binding commitments for developed countries to mobilize climate finance to enable developing nations to scale storage along with renewable power generation.

On battery storage for EVs, the focus at COP26 was the expansion of the battery manufacturing industry and related supply chains to deliver for the climate ambitions of the summit. Organized by International Energy Agency (IEA), the event on developing a sustainable battery industry gathered governments from across the world to showcase their domestic strategies and vision for the global battery industry. The event also called for accelerated technological innovations and international cooperation to make electrification viable across all segments of the road transport industry.