A smart choice of contactors can strengthen the safety concept and optimize the operational availability of battery-powered electric vehicles. 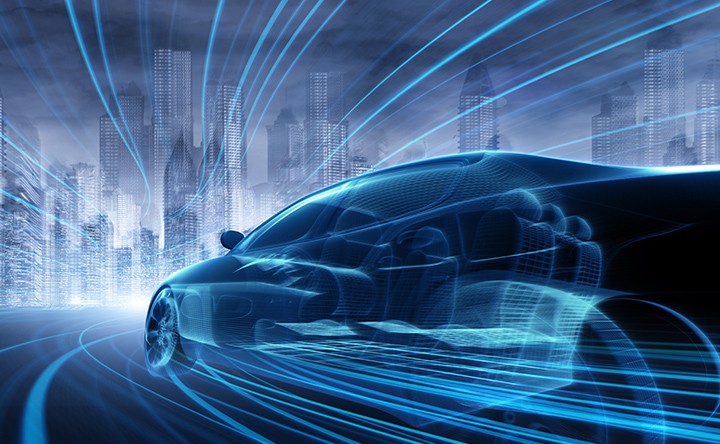 Electric vehicles (EV) are gaining traction all over the world. Technically, they can be classified into three major categories with one thing in common − their ability to provide transportation without the direct use of an internal combustion engine (ICE).
Hybrid electric vehicles (HEV) have been on the road for years now, and they are equipped with a comparatively smaller battery, which can only be charged via ICE or during decelerating the vehicle via recuperation. The electric motor assists the conventional drive to gain some advantages in efficiency against pure ICE vehicles. Plug-in hybrid electric vehicles (PHEV) and battery electric vehicles (BEV) are a not that well established but they are increasingly becoming popular. EVs are equipped with batteries of a size that allows for a pure electric drive range between 50km to more than 500km. The charging can be done externally via charging stations and internally via recuperation or the secondary energy source for PHEVs.
Over time, improvements in performance of batteries have enabled this technology to reach a broader market, but consequently, new challenges in terms of safety have emerged. High energy and power densities of batteries come with the potential dangers for both humans and machines. Especially, with lithium-based battery cells, there is a risk of so called 'thermal runaways'. Under these circumstances, the batteries can burn down, and all the stored energy is set free. To prevent such an occurrence, a strong battery safety concept needs to be implemented. 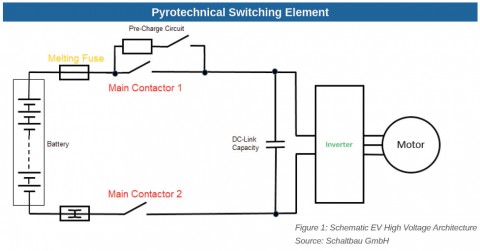 Battery safety concept and the role of contactors
A typical battery safety architecture in e-mobility consists of a melting fuse, a pyrotechnic switching element, two main contactors and a multilayer control device. An exact coordination and tuning of those devices is essential to have a safe and highly available system. Figure 1 shows a basic schematic layout of an EV high voltage architecture.
During normal operation, the inverter controller manages the power flow within the system. The internal semiconductors handle the operational currents during propulsion and recuperation. In the case of abnormal usage or failure, currents above the semiconductor's abilities may occur. While light failures can be handled by the contactors, heavy failures or heavy short circuits must be covered by the short circuit protection devices (SCPD) like the melting fuse or the pyrotechnical switching element. If the contactors – electromechanical, remote-controllable switches – have cleared the faulty situation, the system can be switched on again, after the failure has disappeared. If the SCPD cleared the faulty situation, the system cannot be switched on again, after the failure has disappeared. The big disadvantage of using a SCPD is its natural irreversibility. Once such an element cuts the electric circuit, hardware maintenance has to be applied. 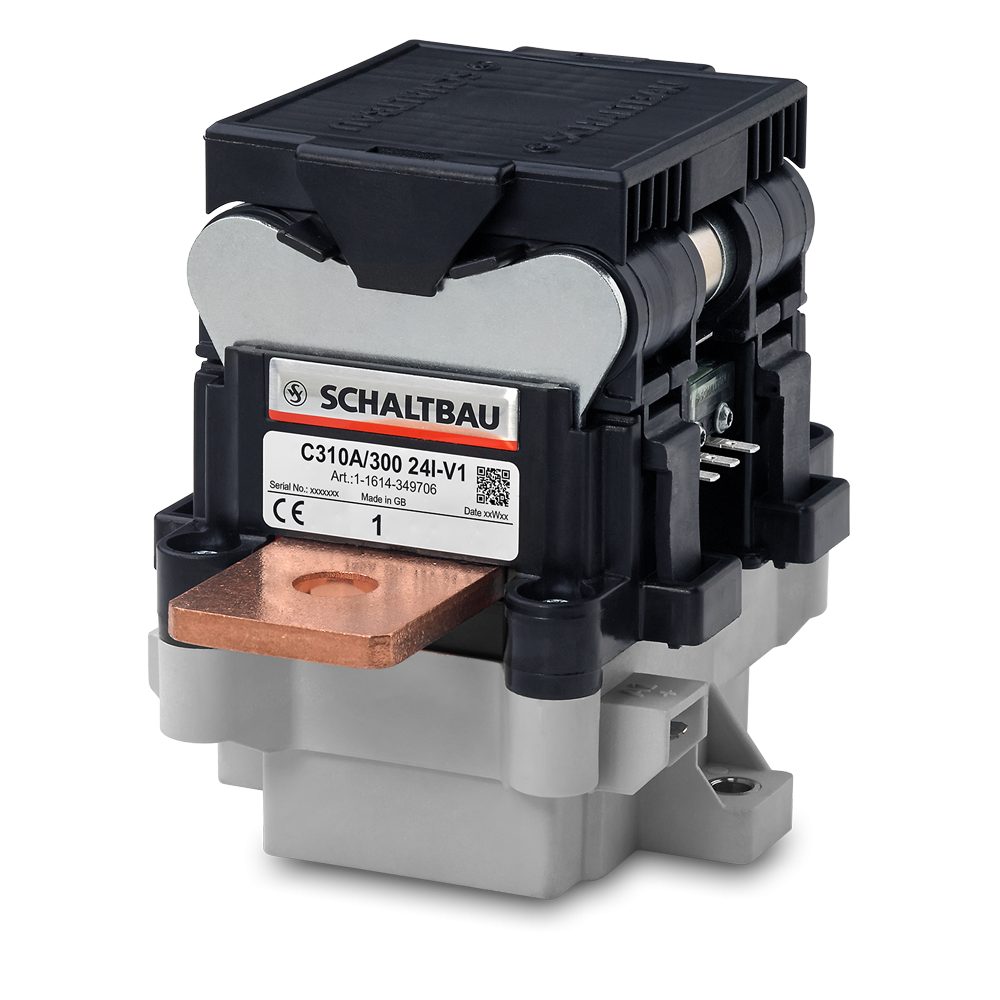 Requirements in EV high voltage architectures
The better the contactor performance, fewer the requirements that have to be covered by other devices within the safety concept. As the contactor can help keeping the operational availability high, the usage range should be as high as possible. The goal is to avoid the activation of irreversible safety devices in case of light failures, to allow the vehicle to reach the next service station without being towed. Requirements towards the contactors can be divided into two basic categories.
Operational Requirements refer to the whole vehicle lifespan and need to be covered in daily use. Mechanical switching cycles as well as current carry capability and power consumption are key parameters here.
• Mechanical switching cycles are required when turning the vehicle on and off. The current flow while switching is almost zero, which does not lead to remarkable wear inside the contactor.
• Current carry capability is the basic requirement towards main contactors in EVs during operation. Operational currents have to be carried. Having a constant and low overall resistance over the device is essential for the thermal balance of the whole system.
• Power consumption of a contactor is caused by the electromagnetic drive of the contact bridge. As the power consumption of the coil is directly linked to the temperature rise within, it should be kept at a minimum value.
Safety Requirements usually come into account less than once in the whole vehicle lifespan, as only one of many vehicles on the road will see failures or accidents. Nevertheless, failures and accidents do happen, and therefore, a fine-tuned safety concept needs to be in place in every vehicle. Contactors are key elements here. Below are the key requirements:
• The breaking performance of a contactor should not only be as high as possible, but also fully bi-directional. The ability to interrupt a faulty current, independent from the current flow direction (propulsion vs. recuperation) is mandatory in EVs.
• A high short circuit carry capability is another important ability. Fault currents above the contactor's opening abilities are covered by a SCPD. The contactor stays closed during the fault, but needs to be opened afterwards, to provide a safe galvanic isolation.
• Operational safety, even in overload situations, is a key requirement in terms of safety for human and machine. A contactor should be specified and designed in such a way, that under no circumstances, it can act like a source
of hazard.
Product and application
The Schaltbau C310 series is a contactor series, designed to meet the requirements for electric buses. With a high mechanical endurance of 2,000,000 cycles and a current carry capability of 500A, it is the ideal main contactor for heavy electric vehicles in daily use. Due to an optimized magnetic drive, the power consumption in 'on state' is 2.6W only.
The fully bi-directional breaking capability of 400A at 900V for 60 cycles and even higher currents for less repetitions in combination with a short circuit current carry capability of 3,000A for 1s makes the C310A a good choice for fully electric buses, which are already in the field in Europe.
In contactors with such an arc handling mechanism, the risk of overpressure and damaging effects by overloads is reduced to absolute minimum.
Besides the C310 series, Schaltbau GmbH offers a wide range of DC contactors for different applications or even new contactor development: from automotive applications to containerized battery storage systems.