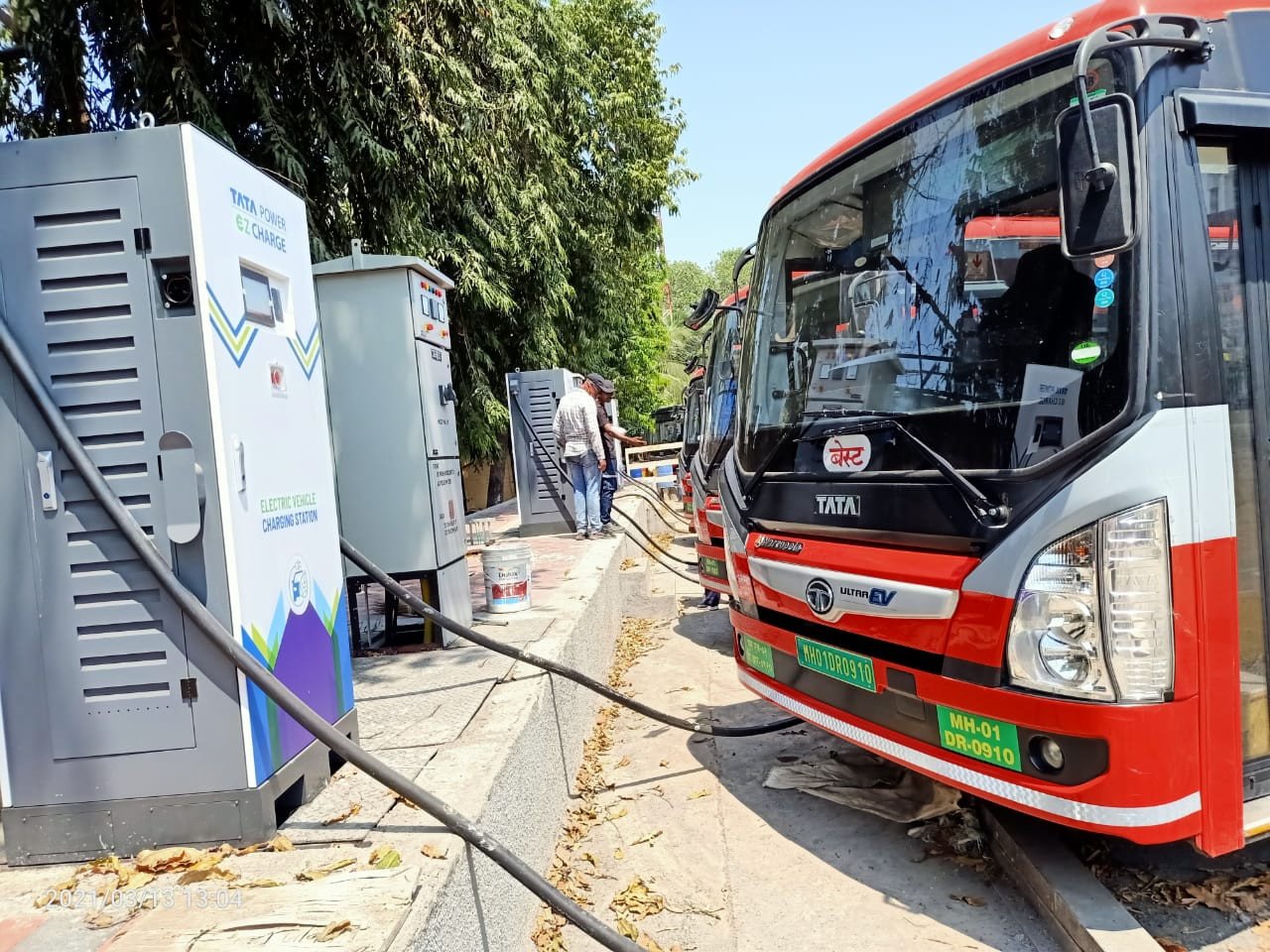 Indian auto-component conglomerate, Tata AutoComp Systems Ltd along with Tellus Power Green, a US-based DC charging infrastructure company has supplied 64 (200kW) DC fast chargers that will be used for charging electric buses (e-buses) used for the operation of BEST in Mumbai and GSRTC in Ahmedabad.

The order executed on Wednesday, of 64 (200kW) DC fast chargers was delivered to Tata Power for the charging stations being set up by them. Further, these chargers will be used for charging the EV Buses supplied by Tata Motors to BEST and GSRTC.

"Tata AutoComp, as part of TATA Group Vision, is going all out to support the introduction of all categories of electric vehicles ranging from 2W /3W, passenger cars as well as commercial vehicles," said Arvind Goel, MD & CEO, Tata AutoComp.

"Tata AutoComp has already collaborated with leading global companies to supply the battery packs and drivelines to various OEMs and start-ups for their vehicles which have already been introduced or are under development," he added

Tata AutoComp and Tellus Power Green entered into a strategic partnership with the objective of providing charging infrastructure for the growing electric vehicle models being introduced in the country and supporting the wider adoption of e-mobility.

"As a team, we are committed to contribute to the upcoming demands for the installation of EV charging infrastructure in various capacities that range from 3.3kW and 7.5KW AC home chargers to DC Fast chargers from 30 kW to 350kW," he added.

Other than the latest order execution, Tata AutoComp – TELLUS has supplied 30kW & 50kW DC Fast chargers as well as 7.5kW AC chargers to several other customers, the company noted.

The two partners have decided to further extend the partnership for another three years, while Tata AutoComp will continue to focus on the localization of these chargers along with Tellus.

The availability of fast chargers of 30kW/ 50kW  capacities has been identified as one of the critical requirements for wider adoption of electric vehicles in India and the latest move by Tata AutoComp and Tellus will help to address this gap.

"With these 64 Chargers of 200kW, and more than 100 chargers already installed across various cities, since 2017, makes Tata AutoComp-Tellus one of the leading suppliers of charging solutions for buses," said Dr. A K Jindal, Advisor EV Tata AutoComp.