Hydrogen is used in the world's most carbon-intensive industries including steelmaking, shipping, besides transportation, chemicals production, and power generation. Industries are currently using the hydrogen derived from fossil fuel and those generations create huge emissions.

Green hydrogen is produced using renewable energy as a source and it is gaining attention globally to replace grey hydrogen (as apparent from the word, produced from carbon-intensive methods). Also, hydrogen fuel-cell-based electric vehicles are coming to roads to reduce transportation emissions.

The government of India is also focusing on setting a target for the development of green hydrogen in the country. Currently, hydrogen is not included in India's target energy mix for 2022 or 2030. However, discussions have started around its significance and its inclusion in the energy mix in the country.

According to TERI (The Energy Resource Institute), hydrogen use in India can expand up to 10-times of current consumption (6 million tonnes) by 2050 if the focus shifts towards a carbon-neutral economy. The main usage of hydrogen would be in fuel cells for electric vehicles, but the question that warrants attention is, how will green hydrogen help the country, and is it viable in India?

Before that, let us look into the different types of hydrogen:

Green hydrogen is sustainable as it does not use fossil fuel. But it is also costlier to produce due to the process involved which includes a significantly high cost of electrolyzer (and transportation of stored hydrogen). As per recent report by the International Energy Agency (IEA), the cost of grey hydrogen production is in the range of $1-2/kg of gas, while that of green hydrogen is $4.2 - 6.12/kg in 2020. But this cost will reduce in the future as the scale of production increases. Green hydrogen production cost is higher due to higher electrolyzer cost. As per a recent prediction by the Massachusetts Institute of Technology, green hydrogen cost is expected to fall to $2.50/kg or less by 2030 due to the reduction in the cost of the electrolyzer. Companies like Norwegian Nel ASA wants to reduce it further in order to reduce fossil fuel consumption, they are targeting a price $1.50/kg by the year 2025.

The Indian government took the first step as the Union Finance Minister, Nirmala Sitharaman announced the launch of the Hydrogen Energy Mission in during the Union budget address on February 1. She further emphasized that soon hydrogen targets will be added in the energy mix for 2030. For the current financial year, the Ministry of New and Renewable Energy (MNRE) has been allotted INR 25 crore for research and development (R&D) in hydrogen. MNRE has indicated that by 2025-26, the industrial sector will be one of the major recipients of hydrogen.

The country's top energy firms are undertaking initiatives to move towards green hydrogen which has an edge towards non-fossil fuel sources. Several Indian firms from the state-owned National Thermal Power Corp Ltd (NTPC), Indian Oil Corporation to private players like Acme Solar, Greenko, Reliance Industries, and Adani Group among others are looking at hydrogen as a new business opportunity. In February 2021 State-run power generator NTPC has signed an MoU with Siemens for the production of green hydrogen from their renewable energy and that hydrogen will be used in transportation.

Further, they have started working with IIT Kharagpur for the development of the high-pressure hydrogen cylinder, which will help to increase the energy storage density over existing cylinders. Besides, they have announced a tender for 15 fuel cell buses, as part of an INR 300 crore ($40mn) demonstration project for hydrogen fuel cell vehicles. By mid-2021, two hydrogen-powered e-buses are ordered to ply in the Southern State of Kerala in India, which Indian Oil plans to increase to 50 by October 2021.

India Energy Storage Alliance (IESA) launched the MIGHT (Mobility and Infrastructure with Green Hydrogen Technology) initiative in 2020 for supporting policies to enable the use of green hydrogen in both stationery and mobility sector. Since 2012, IESA has been working to help address enabling policy framework for all forms of energy storage technologies for both stationary and e-mobility applications. It worked to include hydrogen as part of the National Energy Storage Mission developed for MNRE in  2018.

"IESA's MIGHT Initiative will accelerate the adoption of hydrogen technologies in India. For India, Hydrogen presents a potential opportunity to decrease reliance on oil imports and focus on alternate energy sources," said  Debi Prasad Dash, Executive Director, India Energy Storage Alliance (IESA). The MIGHT initiative is aimed at supporting policies to enable use of green hydrogen in both the stationery and mobility sector.

IESA is also organizing its 3rd annual event on hydrogen and fuel cell, "India Hydrogen & Fuel Cell Conclave – #IHFC2021" on May 25, 2021, focused on both e-mobility and stationary applications.

Earlier in February, IESA has made a partnership with Norway's Greenstat to support India's hydrogen mission.

The global green hydrogen market size was valued at US$ 786.9 million in 2019. From the various announcement on green hydrogen, the market is expected to exceed US$ 1.0 billion by the year 2023. Major market driver for investment is the reduction in costs of both renewable power and electrolyzer. Asia Pacific is expected to have the highest CAGR for the coming year. The transportation application is estimated to grow at the highest rate during the period of 2020-2027. The market growth is ascribed to the increase in fuel cell vehicle sales including fuel cell buses in Asia Pacific regions.

Countries such as Japan, China, and South Korea have already proposed fuel cell-based vehicle implementation targets to reduce the growing dependency on gasoline fuel imports. Moreover, the development of supporting infrastructure such as hydrogen refueling stations is also expected to drive the market in these regions. As per the estimation by Hydrogen Council, by 2030 less than 1 percent usage of hydrogen is expected for transportation compared to other industries. But, by 2050, the usage of hydrogen in the transport sector is estimated to hit 28 percent. This can be seen in the below picture.

Hydrogen is used extensively in India as an industrial feedstock for the production of ammonia-based fertilizers. The hydrogen which is mostly used in India is produced through the reforming of methane (CH4). This is because the cost of hydrogen production from low carbon sources is cheaper than fossil-fuel-free processes. But this increases the cost of import as it uses fossil fuel for the generation of hydrogen. Simultaneously, hydrogen production through this process can lead to huge carbon emissions. Besides, India is the second-largest producer of steel, and coke is used for the reduction of iron from ore. The process emits significant CO2 gas, in India 8 percent of CO2 emissions come alone from the steel industry itself. H2 can be used in the process as a substitute for coke for the reduction of iron from its ore. The method is being developed globally and several nations are adopting it. But again, owning to the cost of green hydrogen, conventional hydrogen is being used for this process.

It is possible that these costs could reach parity in the future in India as renewable electricity tariffs are already among the lowest in the world. Moreover, supplies of natural gas are limited and costly. Along with low electricity cost, the other important factor to reduce green hydrogen cost is the reduction in capital cost of electrolyzers over time. The cost of electrolyzers is expected to drop consistently as the scale of manufacturing increases. Today, a majority of electrolyzers are manufactured on a relatively small scale.

To ensure the success of green hydrogen, like in the case of any other technology, would require a significant commitment from the government along with public-private partnerships. The Indian government took the first step as the Union Finance Minister, Nirmala Sitharaman launched Hydrogen Energy Mission in 2021-22, during her budget address on February 1. And mentioned a closer hydrogen target will be added to the energy mix for 2030. As green hydrogen production is a CAPEX-intensive process, incentives such as subsidy on CAPEX investment could be game-changer. In the long run, only through mass production and deployment of hydrogen technologies at scale can we reduce the cost of production as hydrogen generation – making it viable in India.

This will help India to displace significant amounts of fossil fuel use, limit carbon dioxide emission, especially from the high-CO2 emitting steel industry. 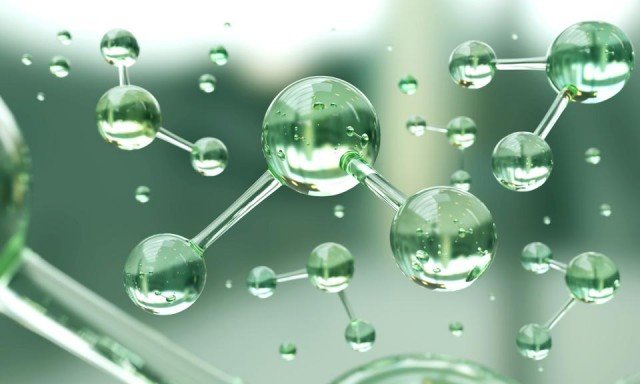 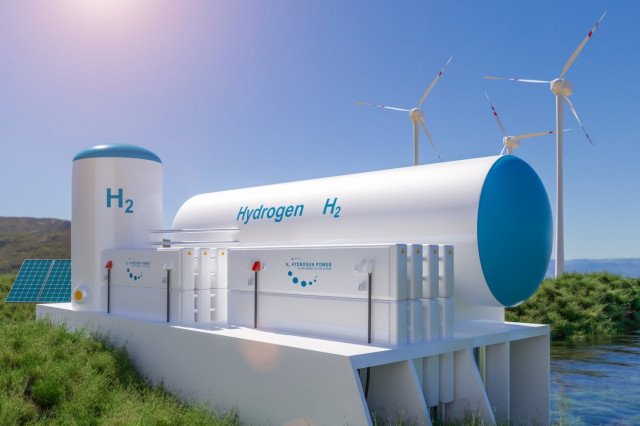