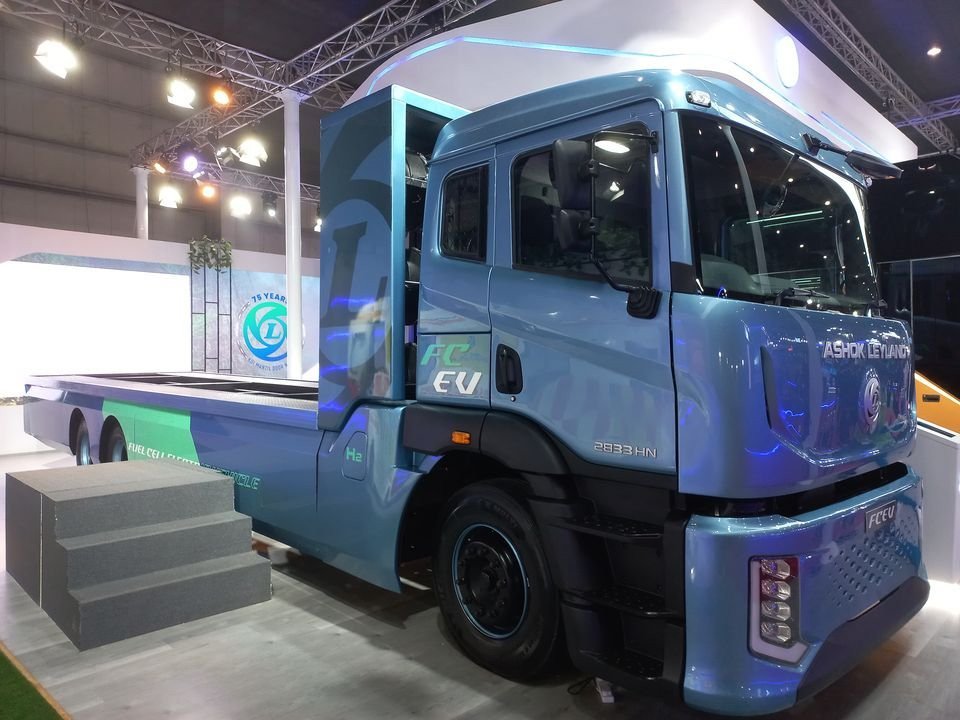 Adani Enterprises Limited (AEL) has recently signed an agreement with Ashok Leyland and Ballard Power to launch a pilot project to develop a hydrogen fuel cell electric trucks for mining logistics and transportation in India. The first truck is scheduled to be launched this year.

According to the company's statement, the demonstration project will be led by AEL, a company focused on both mining operations and developing green hydrogen projects for sourcing, transporting, and building out hydrogen refueling infrastructure.

Vinay Prakash, Director, Adani Enterprises Limited and CEO, Adani Natural Resources said, "This pioneering and ambitious green hydrogen project holds a strong promise for India's future energy self-reliance and is consistent with the vision of Gautam Adani, Chairman of the Adani Group, of accelerating the use of hydrogen-powered fuel cell technology in the commercial transport system".

"This experience of handling hydrogen as a fuel for commercial fleet not only prepones the advent of hydrogen technology for the mining and logistics sector in the country but will also enable other businesses to opt for long-term sustainable solutions transitioning fleets in ports, airports and in their industrial operations", he added.

"After signing an MoU with the Adani Group last year, we are eager to move our partnership forward and welcome the chance to cooperate with cutting-edge businesses like Adani," said Randy MacEwen, CEO, Ballard Power Systems."Our technology offers a strong value proposition for their heavy-duty mining truck with our zero emission engines providing long range, rapid refueling and heavy payload capabilities."

Dr. N. Saravanan, CTO, Ashok Leyland, said, "Ashok Leyland is excited to collaborate with Adani and Ballard to bring out fuel cell commercial vehicles in the mining and logistics sectors in India".

"With our track record of developing unique and new products, Ballard's technological expertise in fuel cells, and Adani's unwavering dedication to hydrogen, there is a significant opportunity for India to decarbonize both goods and passenger transportation", he added.

The Adani Group had previously announced its plans to invest more than USD 50 billion over the next ten years in green hydrogen and associated ecosystems corresponding to a capacity of up to 3 million tons of green hydrogen annually.