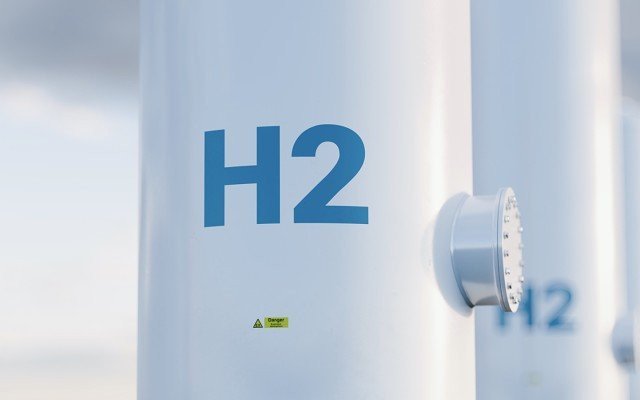 The funding will support the scale-up of EH2's high throughput electrolyzer technology and the manufacturing and deployment of demonstration projects to produce fossil-free hydrogen (also known as "green hydrogen") at a large scale for industrial and infrastructure applications.

Hydrogen, when produced in places with abundant and clean electricity, is a promising pathway for decarbonizing industries not amenable to electrification, like steel, fertilizer, and intercontinental energy transport, that account for more than a third of global GHG emissions.

"This round represents more than an investment in a company. It's the biggest step yet toward meeting the urgent challenge of decarbonizing hard-to-decarbonize industries that are both essential to modern life and huge sources of GHG emissions," said Peter Gajdoš, Partner at Fifth Wall and Co-Lead of the Climate Investment team.

"We've been searching for the most promising answers to that challenge and found one in EH2. Their team, cross-disciplinary expertise, and innovative technology place them at the forefront of the race to make deep cuts in industrial emissions with compelling economics."

"This funding round fuels the next phase of our evolution. We've demonstrated our enabling core technology, built an amazing team, and now have the capital we need to get our technology out into the world and start curbing emissions," said Raffi Garabedian, CEO of Electric Hydrogen.

"Just as importantly, the participation of strategic partners at the forefront of the industries we are poised to decarbonize–energy, mining, logistics, and heavy manufacturing, to name a few–provides vital insight that will facilitate and accelerate our path to market."

"Through our commitment to The Climate Pledge, Amazon has a goal to be net-zero carbon by 2040," said Kara Hurst, Vice President for Worldwide Sustainability at Amazon.

"We are proud to support Electric Hydrogen's innovative efforts to scale the green hydrogen economy and to meet the decarbonization needs of hard-to-abate sectors like freight transportation and ocean shipping."

Rio Tinto Chief Scientist Nigel Steward said, "Rio Tinto is investing in Electric Hydrogen to support the development of emerging technologies with the potential to help decarbonize our operations and supply chains. We produce materials that are increasingly required for our society's transition to a low carbon future, so it is critical to pursue new ways to work towards net zero in supplying them."

"The energy transition represents an opportunity for Equinor Ventures to leverage its leading position within carbon management and hydrogen, and to develop and grow new value chains and markets. We are pleased to announce the investment in Electric Hydrogen as they scale up green hydrogen production to GW-scale," said Gareth Burns, Head of Equinor Ventures.