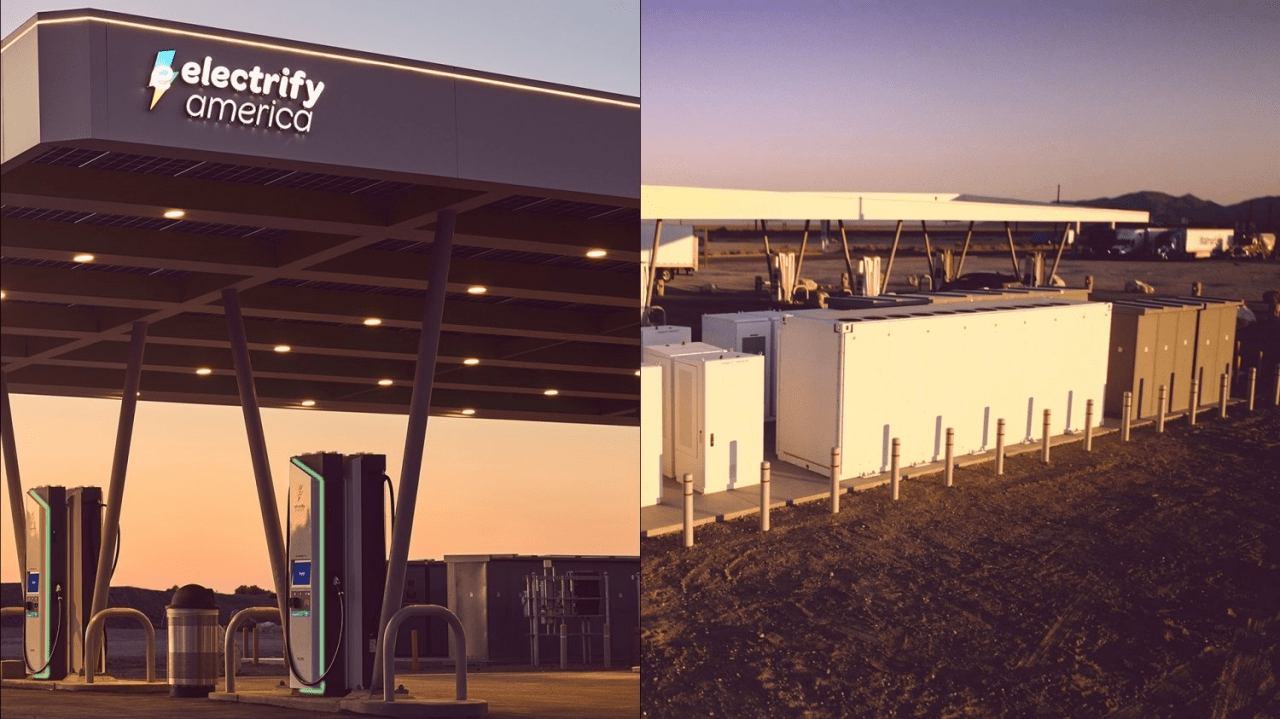 The charging station at Baker, California has expanded from eight to twelve chargers aided by the addition of a MW-scale battery storage system. Combined with a solar canopy, the integrated systems go a long way in managing energy costs and reducing stress on the grid, by acting as a buffer to supplement power to chargers, when local utilities limit the amount of power a station can draw from the grid.

The integration of the roughly 1.5 MW / 3 MWh energy storage system with 66 kW of generation potential from the solar canopy, coupled with sophisticated control technology, is Electrify America's comprehensive solution for adding additional power to the station.

This application leverages energy storage and solar as a 'non-wires alternative' in lieu of relying on additional utility 'wired' infrastructure that may not be feasible, according to the company. Such innovative approaches become critical to expand EV charging into more remote areas to reach more consumers where utilities may not be able to deliver the capacity needed to install or expand charging infrastructure, it adds.

"The application of the megawatt-level energy storage is the latest example of how we are continuously innovating to tackle infrastructure challenges and meet charging needs today," said Jigar Shah, Head of Energy Services at Electrify America. "As we expand the use of such solutions to more of our charging stations and also to our medium-duty and heavy-duty electric fleet customers, we are positioned to enable continued transportation electrification even in the face of utility capacity constraints."

"To put this into perspective, the energy storage system at Baker, when fully charged, could provide enough energy for an average household for over three months on the single charge," Shah added.

This energy storage deployment builds upon Electrify America's previous announcement of having surpassed over 30 megawatts of installed energy storage now featured at over 150 locations. In California, over 50 charging stations coupled with energy storage constitute the largest operating Virtual Power Plant (VPP) of its kind shifting the use of on-peak energy to lower carbon intensity off-peak hours in the California Independent System Operator's wholesale energy market, CAISO.