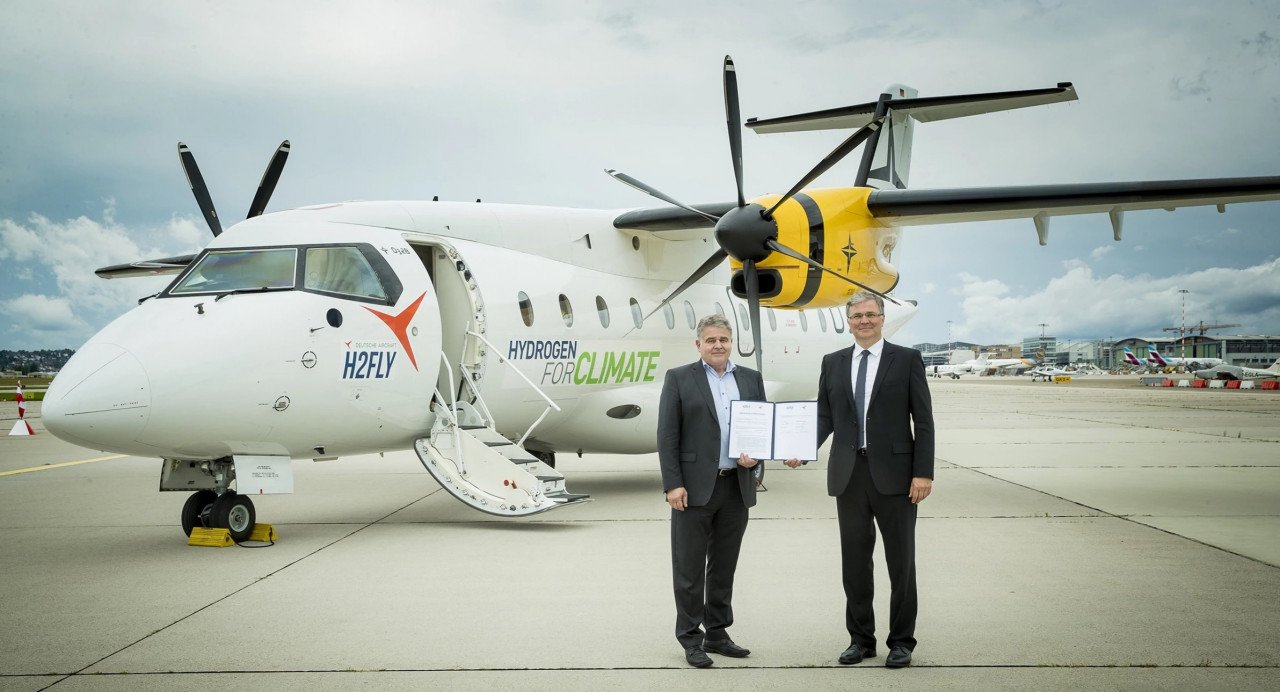 German clean aviation companies H2Fly and Deutsche Aircraft have announced that they have partnered to develop a hydrogen-fuel-cell-powered aircraft capable of carrying 40 people, with a demonstration aircraft set to take its first flights in 2025.

Deutsche Aircraft has acquired a Dornier 328 and signed an MoU with H2Fly to work together on hydrogen fuel cell R&D to get zero-emissions powertrains into commercial regional aircraft – without the long recharging times, heavyweight and restricted range of lithium battery systems.

According to Josef Kallo, co-founder and CEO of H2FLY, flying represents "an incredibly important opportunity for humankind, but today that opportunity comes at a significant cost to our planet". Hydrogen fuel cell technology offers the possibility of regional flights becoming completely CO2 and nitrogen oxide-free – and this technology is already available today, he said. "Over the last 16 years, we have worked hard to demonstrate our technology on smaller aircraft, completing record-breaking flights based on six powertrain generations. Today we're pleased to be taking that to the next level with Deutsche Aircraft as we scale our efforts up to regional aircraft."

"Deutsche Aircraft is convinced that the higher propulsive efficiency of propeller-powered aircraft will drive the change in propulsion technology and will result in reducing fuel consumption and emissions even further in the future," adds Martin Nüßeler, CTO of Deutsche Aircraft. The combination of this type of propulsion with a long-term CO2-free energy source is the key to climate-neutral air transport.

H2Fly isn't coming out of anywhere on this project. This company has been spun off from the DLR Institute of Engineering Thermodynamics to operate and certify the HY4, the first hydrogen-powered four-seat aircraft.

Based on the super-efficient Pipistrel Taurus G4, a twin-fuselage electric aircraft that won NASA's Green Flight Challenge back in 2011, the HY4 runs a battery/fuel-cell hybrid powertrain that peaks at 80 kW (107 hp) and offers an uninterrupted 45 kW (60 hp). It can fly from 750 to 1,500 km (466 to 932 miles) on a 21-kg (46-lb) tank of hydrogen, and it holds records for the first passenger hydrogen flight and the longest hydrogen-powered flight to date.

H2Fly is also working on hydrogen powertrains for eVTOLs, six-19 seater aircraft, and other projects.