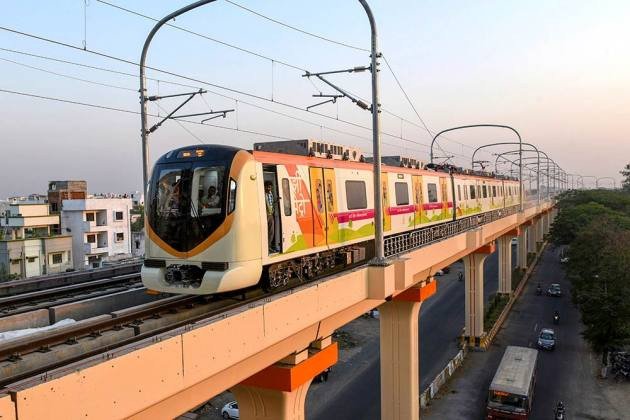 In a major push to electric vehicles usage, Kochi Metro Rail Ltd (KMRL) has announced that it has decided to set up electric charging points in all metro stations.

As a test project, KMRL in association with Agency for New and Renewable Energy Research and Technology (ANERT) will set up charging points in four metro stations soon.

Once found feasible, the project will be extended to all the 22 metro stations.

"We have held preliminary talks with ANERT officials in this regard. We will survey handpicking the four stations where the charging points are to be installed in the first phase," a top official with KMRL said.

"It will be based on the flow of vehicles and the number of prospective owners who may purchase or switch to e-vehicles at each centre that the stations will be selected," he said.

Though the number of electric vehicles is very few in Kochi, the prospects are high for a steep increase soon.

One of the manufacturers who is set to introduce their new electric scooter in Kochi plans to install electric vehicle charging points in the city. They held discussions with various agencies, including KMRL, for installing charging points in Kochi.

"They offered a revenue-sharing model which can be implemented as a joint venture with KMRL. Then, KMRL should spend Rs 50,000 each for a charging machine," an official with the metro agency said.

Furthermore, KMRL itself is planning to roll out e-autos in the city as feeder service to the metro. KMRL has invited tenders for submitting requests for qualification (RFQ) for launching an e-auto service. The metro agency plans to procure 115 e-autos for the purpose in two phases.

The firm or group which emerges successful in the tendering process should operate and maintain e-autos in the city and suburbs as a feeder service to the metro. The plan is to roll out 77 e-autos in the first phase.