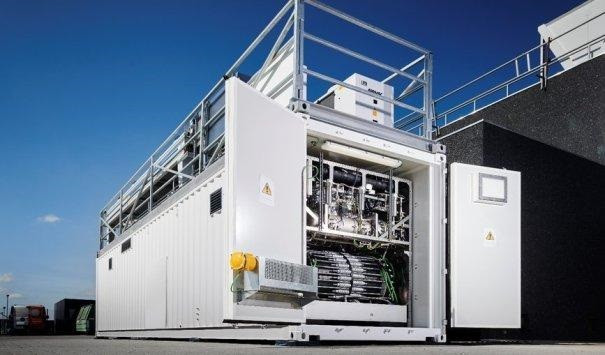 Lhyfe has announced that it has signed with the German national railway operator, Deutsche Bahn, to build and operate an electrolyser in Tübingen, from 2024, to produce hydrogen to fuel a hydrogen train as part of the H2goesRail project.

For this project, Lhyfe has selected the Green Hydrogen Systems electrolyser, with an annual production capacity of around 30 tonnes. It will be powered exclusively by electricity from renewable sources (wind, solar, and hydropower).

On 23rd November 2020, Deutsche Bahn and Siemens Mobility announced a collaboration to build hydrogen-powered trains to replace the fleet's 1,300 diesel trains by 2050. More broadly, the aim of the project, called H2goesRail, is to ensure a cleaner future for German rail transport. The announcement by Siemens and Deutsche Bahn was also in line with Berlin's political will to green its transport sector. Deutsche Bahn, which is 100 percent owned by the German state, wants to achieve carbon neutrality by 2050.

As a producer and supplier of green hydrogen, Lhyfe supports the H2goesRail project of Deutsche Bahn and Siemens Mobility, facilitating short supply chains without road transport and sustainable climate-friendly operation. In the long term, the cooperation should provide important insights for the planned decarbonization of regional and commuter transport.

"We are very proud to announce this first project in Germany, with a major partner which has very strong ambitions in terms of innovation and decarbonization. This is proof that solutions exist. All the major transport players must take steps to decarbonize their sectors", says Mathieu Guesné, Lhyfe's founding president.

The Tübingen production site will be built in 2024, equipped with an electrolyser supplied by Green Hydrogen Systems, and will produce 30 tonnes of ecological hydrogen per year.