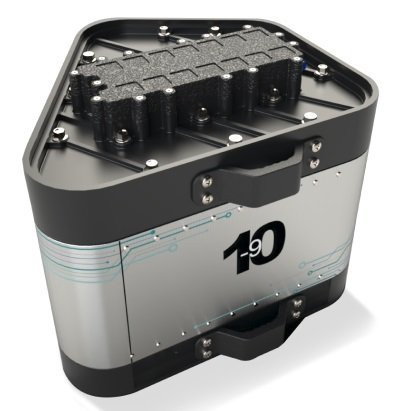 Advanced battery-tech startup Log 9 Materials has announced that it has secured $2 million (around Rs 14 crore) in a funding round from Malaysia-based global energy and solutions company Petronas' venture capital arm Petronas Ventures.

In August the platform had raised $8.5 million (Rs 63 crore) in a Series A+ funding round led by Amara Raja Batteries. With the fresh capital raise, Log 9 Materials said it has concluded a Series A+ capital raise round of $10 million.

This Series A+ funding round of Log 9 has been led by India's battery major Amara Raja Batteries besides the participation of Exfinity Ventures and Sequoia Capital India's Surge Programme along with a clutch of strategic angel investors, the startup said in a release.

"Log 9's technology and solution are aligned with Petronas Ventures investment focus in the space of Future of Energy' and we believe that this investment will complement Petronas' growth in the new energy business," stated Arni Laily Anwarrudin, head of Petronas Ventures.

The funds raised from Petronas Ventures as a part of this round along with the funds earlier raised will be used to launch and scale up the InstaCharge Network of electric vehicles, it stated.

Log 9 has integrated its fast-charging RapidX batteries with various two and three-wheeler OEMs to set up RapidEV variants of their existing vehicles, the startup said, adding, it plans to install around 5,000 vehicles in the next six months within its InstaCharge Network.

"We are happy to wind up our Series A+ round with the latest fundraise from Petronas Ventures -- which enables us to accelerate our ongoing mission of introducing our breakthrough InstaCharge(rapid charging) battery technology to a plethora of end-users, and in positioning Log 9 as the largest Indian player in advanced cell chemistries," said Akshay Singhal, Founder-CEO, Log 9 Materials

In the future, the company has ambitious plans to work with the Petronas business units to accelerate renewable energy adoption with its advanced battery solutions for grid-level energy storage, he said.