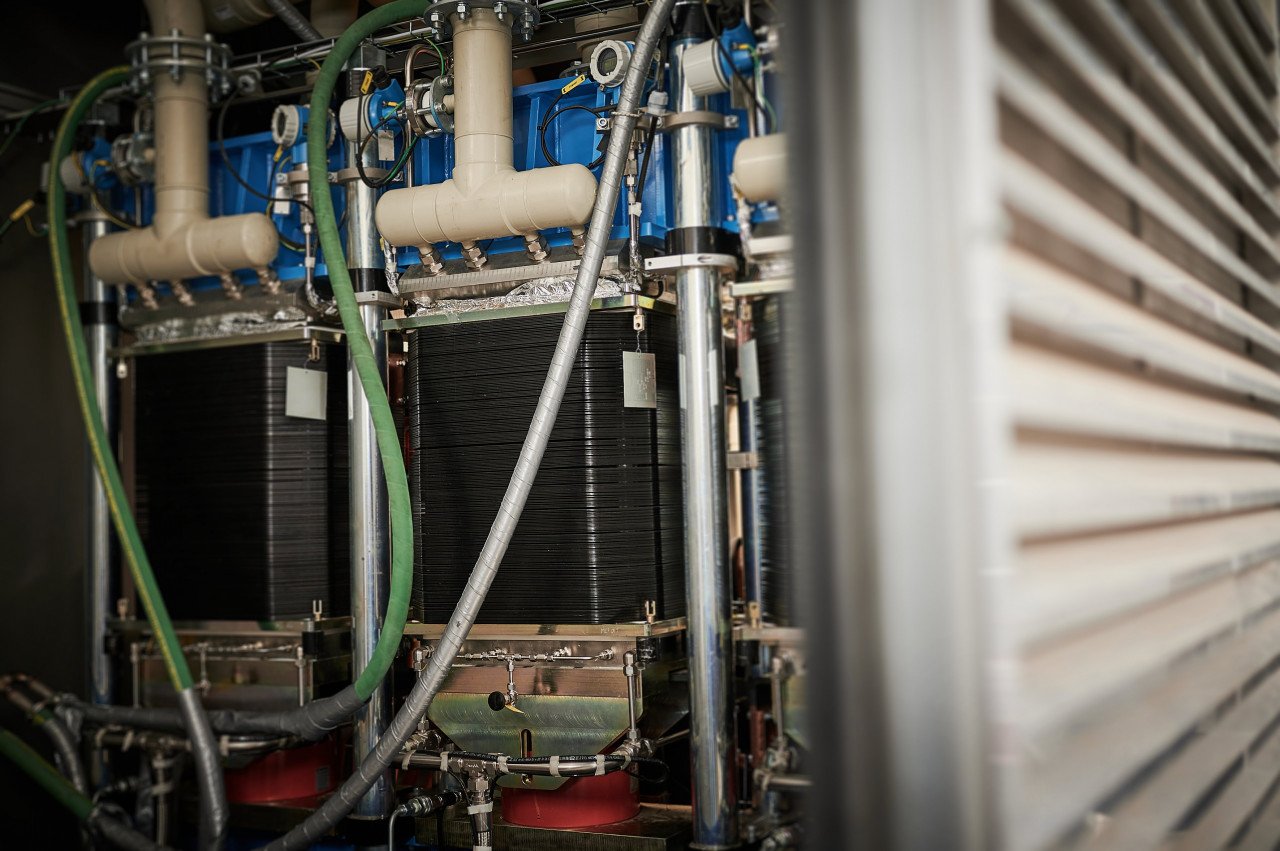 Shell has announced that it has started operations at Europe's largest green hydrogen electrolyser at its energy and chemicals park in Rheinland, Germany.

As part of the Refhyne European consortium and with European Commission funding through the Fuel Cells and Hydrogen Joint Undertaking (FCH JU), the fully operational plant is the first to use this technology at such a large scale in a refinery.

Plans are underway to expand the capacity of the electrolyser from 10 megawatts to 100 megawatts at the Rheinland site, near Cologne, where Shell also intends to produce sustainable aviation fuel (SAF) using renewable power and biomass in the future. A plant for liquefied renewable natural gas (bio-LNG) is also in development.

"This project demonstrates a new kind of energy future and a model of lower-carbon energy production that can be replicated worldwide," Shell's Downstream Director, Huibert Vigeveno, said at the official opening ceremony.

"Shell wants to become a leading supplier of green hydrogen for industrial and transport customers in Germany," he added. "We will be involved in the whole process — from power generation, using offshore wind, to hydrogen production and distribution across sectors. We want to be the partner of choice for our customers as we help them decarbonize."

Shell has a target to become a net-zero-emissions energy business by 2050, in step with society. As part of its Powering Progress strategy, Shell plans to transform its refinery footprint to five core energy and chemicals parks. This means Shell will reduce the production of traditional fuels by 55% by 2030.

The European consortium backing the project consists of Shell, ITM Power, research organisation SINTEF, consultants Sphera, and Element Energy. The electrolyser was manufactured by ITM power in Sheffield, UK, and includes parts made in Italy, Sweden, Spain, and Germany.

Armin Laschet, North Rhine-Westphalia's Minister-President, said: "We are a hydrogen region. With the commissioning of the largest PEM electrolysis plant in Europe, we are further expanding our leading role in this field. We are therefore laying the foundation for modern and green industry, with highly skilled jobs. Today, 30% of German demand for hydrogen already comes from North Rhine-Westphalia's industry. Estimates predict that demand will double by 2030. This is why we need innovative solutions that will meet the demand for CO2-neutral hydrogen. Projects such as Refhyne demonstrate how innovation can benefit both the environment and the economy."

Bart Biebuyck, Executive Director of FCH JU, said: "To achieve climate neutrality by 2050, we need to fundamentally reshape our energy system. Clean hydrogen will play a key role in e-mobility and industry, as it has great potential for decarbonizing sectors where direct use of renewable energy is not possible. Accordingly, we want to accelerate the market launch of fuel cells and hydrogen technology and tap into their advantages in Europe."

Dr Graham Cooley, CEO of ITM Power, said: "We'd like to congratulate our partners on the successful start-up of Europe's largest green hydrogen production plant. We all recognize that this is just the beginning of the journey to net-zero. The next step, Refhyne II, is even bigger and would take us into the hundreds of megawatts for the first time, on our way to gigawatts deployments. The vision and commitment of Shell, North Rhine-Westphalia, and the FCH JU show what can be achieved to deliver the world's commitments on climate change."

Alexandra Bech Gjørv, president and CEO of SINTEF said: "This is a big step towards a carbon-free future. SINTEF has been heavily involved in European electrolysis research for more than a decade, from the fundamental development of materials and components to pilot projects. We are happy to see a large-scale implementation here in Refhyne. The green transition was something we talked about, now it is what we do. The transformation to the low-emission society is happening now and it is scaling up."