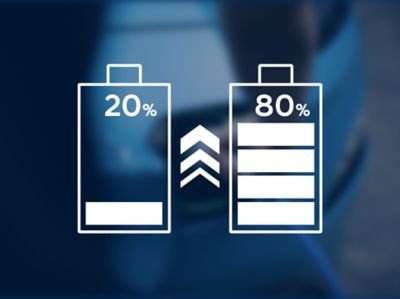 Stanford University researchers have devised a new way to make lithium-ion battery packs last longer and suffer less deterioration from fast charging. New modeling of how lithium-ion cells in a pack degrade show a way to tailor charging to each cell's capacity so EV batteries can handle more charge cycles and stave off failure.

The research has brought to light how actively managing the amount of electrical current flowing to each cell in a pack, rather than delivering charge uniformly, can minimize wear and tear. The approach effectively allows each cell to live its best and longest life, reports Stanford News.

According to Stanford professor and senior study author Simona Onori, initial simulations suggest batteries managed with the new technology could handle at least 20 percent more charge-discharge cycles, even with frequent fast charging, which puts extra strain on the battery.

Most previous efforts to prolong electric car battery life have focused on improving the design, materials, and manufacturing of single cells, based on the premise that, like links in a chain, a battery pack is only as good as its weakest cell.

The new study begins with an understanding that while weak links are inevitable – because of manufacturing imperfections and because some cells degrade faster than others as they're exposed to stresses like heat – they needn't bring down the whole pack. The key is to tailor charging rates to the unique capacity of each cell to stave off failure.

"If not properly tackled, cell-to-cell heterogeneities can compromise the longevity, health, and safety of a battery pack and induce an early battery pack malfunction," said Onori, who is an assistant professor of energy science engineering at the Stanford Doerr School of Sustainability. "Our approach equalizes the energy in each cell in the pack, bringing all cells to the final targeted state of charge in a balanced manner and improving the longevity of the pack."

Part of the impetus for the new research traces back to a 2020 announcement by Tesla, the electric car company, of work on a "million-mile battery." This would be a battery capable of powering a car for 1 million miles or more (with regular charging) before reaching the point where, like the lithium-ion battery in an old phone or laptop, the EV's battery holds too little charge to be functional.

Such a battery would exceed automakers' typical warranty for electric vehicle batteries of eight years or 100,000 miles. Though battery packs routinely outlast their warranty, consumer confidence in electric vehicles could be bolstered if expensive battery pack replacements became rarer still.

A battery that can still hold a charge after thousands of recharges could also ease the way for electrification of long-haul trucks, and for adoption of so-called vehicle-to-grid systems, in which EV batteries would store and dispatch renewable energy for the power grid.

"It was later explained that the million-mile battery concept was not really a new chemistry, but just a way to operate the battery by not making it use the full charge range," Onori said. Related research has centered on single lithium-ion cells, which generally don't lose charge capacity as quickly as full battery packs do.

Intrigued, Onori and two researchers in her lab – postdoctoral scholar Vahid Azimi and PhD student Anirudh Allam – decided to investigate how inventive management of existing battery types could improve performance and service life of a full battery pack, which may contain hundreds or thousands of cells.

High-fidelity battery model
As a first step, the researchers crafted a high-fidelity computer model of battery behavior that accurately represented the physical and chemical changes that take place inside a battery during its operational life. Some of these changes unfold in a matter of seconds or minutes – others over months or even years.
"To the best of our knowledge, no previous study has used the kind of high-fidelity, multi-timescale battery model we created," said Onori, who is director of the Stanford Energy Control Lab.

Running simulations with the model suggested that a modern battery pack can be optimized and controlled by embracing differences among its constituent cells. Onori and colleagues envision their model being used to guide development of battery management systems in the coming years that can be easily deployed in existing vehicle designs.

It is not just electric vehicles that stand to benefit. Virtually any application that "stresses the battery pack a lot" could be a good candidate for better management informed by the new results, Onori said. One example? Drone-like aircraft with electric vertical takeoff and landing, sometimes called eVTOL, which some entrepreneurs expect to operate as air taxis and provide other urban air mobility services over the next decade. Still, other applications for rechargeable lithium-ion batteries beckon, including general aviation and large-scale storage of renewable energy.

"Lithium-ion batteries have already changed the world in so many ways," Onori said. "It's important that we get as much as we possibly can out of this transformative technology and its successors to come."