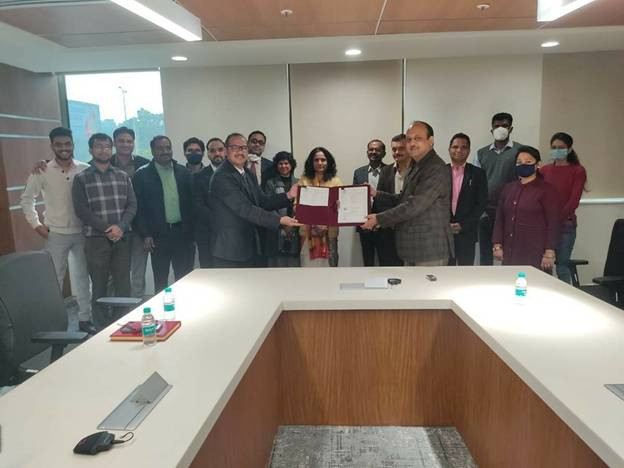 Solar Energy Corporation of India (SECI) has announced that it has awarded a contract for setting up a 100 MW (AC) solar with 40 MW/120 MWh Battery Energy Storage System (BESS) project to be set up at Rajnandgaon, Chhattisgarh.

The project, with one of the largest grid-connected BESS projects in the country, will establish how, by using a large battery storage system like BESS, solar power can be used to provide clean solar energy during evening peak hours. The contract has been granted to M/s Tata Power Solar Systems Ltd.

The project, supported by the World Bank, SECI's internal resources & domestic loans, is key to a line of innovative Renewable Energy (RE) projects planned by SECI. This is expected to boost market confidence and catalyze further investments in the sector to enable India to achieve its commitments towards a Net-Zero economy.

The contract was signed by officials of TATA Power and SECI in the presence of Mr. Suman Sharma, Managing Director, SECI, as well as directors and senior officials of SECI and World Bank officials.

Speaking on the occasion, Mr. Suman Sharma said that this will give a further push to achieving India's Climate commitments. We will work together to make RE the mainstay of our energy production, she added.