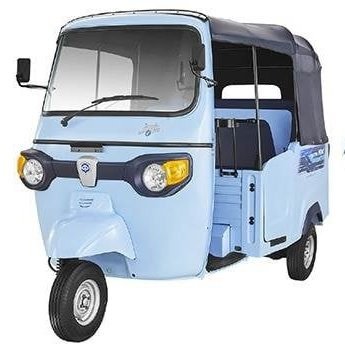 State-owned Convergence Energy Services Ltd (CESL) has announced that it has partnered with Three Wheels United, a fintech firm specializing in electric vehicle finance for the purchasing of 70,000 electric three-wheelers in the next five years.

Both the companies have signed an MoU in this regard.

CESL will procure 70,000 electric three-wheelers (E3Ws) to be positioned in multiple phases across India over 5 years, a company statement said.

The preliminary procurement of these E3Ws by Three Wheels United, averagely priced at Rs 3 lakh and Rs 3.5 lakh for passenger and cargo categories respectively, will be for deployment in Bengaluru and Delhi.

As demand in other cities picks up, TWU will expand to those areas as well, the statement said

"We also hope that partnerships such as these create the precedence needed in the country for the entry of mainline financing in last-mile connectivity," Mahua Acharya, MD, and CEO, CESL said.

As per the agreement, TWU will procure the vehicles in multiple lots varying from 100 to 20,000 units to complete the entire process outlined in the MoU by 2027.

Vehicles will obtain subsidies from the FAME II program administered by the Ministry of Heavy Industries to the extent eligible.

This arrangement comes because of the 100,000-vehicle tender managed by CESL in response to a notification in the Gazette of India to aggregate demand for electric three-wheelers.

"This partnership further strengthens our commitment towards eradicating barriers to mass adoption of EVs in India," Cedrick Tandong, Co-founder & CEO, of TWU said.

Under this collaboration, the CESL will aggregate high-quality demand for electric three-wheelers from multiple cities across India by catalyzing the market through proactive outreach and awareness creation around electric mobility.

This will be in addition to the demand that CESL has already received from various cities across the country.