India's electric two-wheeler segment is one hotspot in the automotive town that is grabbing more than usual interest among all stakeholders in recent times. In this story, Dhiyanesh Ravichandran brings you the top ten developments, from product dynamics to battery trends, that are expected to define the e-2W space in 2022. 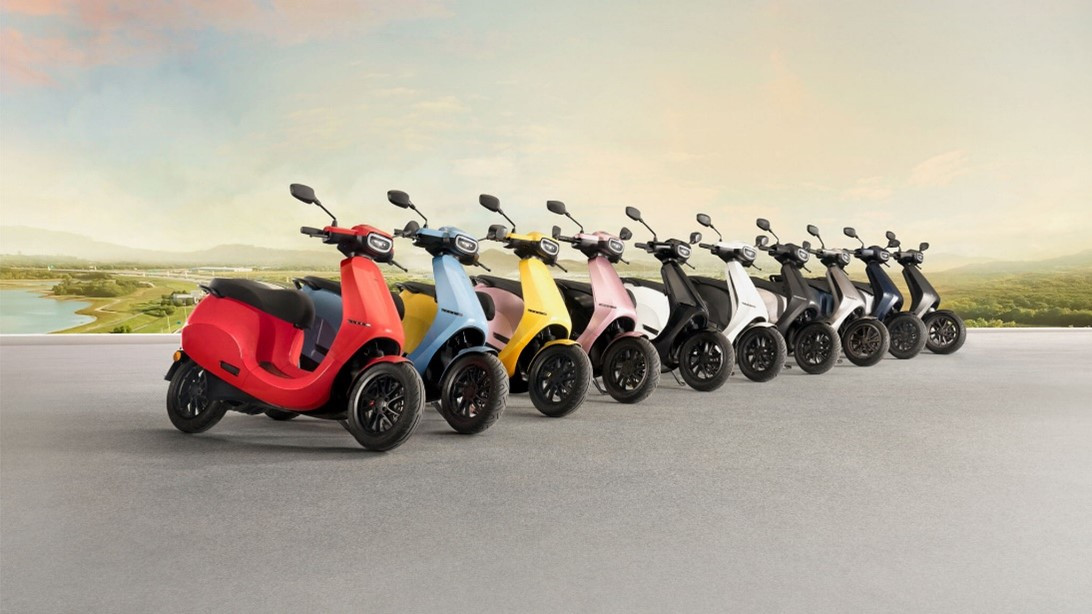 Two-wheelers are so popular in India that we are both the largest manufacturer and consumer of motorcycles and scooters in the world. We have about 190 million motorcycles plying on our roads, while manufacturers located in our country have an installed production capacity of a whopping 25 million units per year! They predominantly cater to the personal mobility needs of the aspiring 'masses', especially the low- and middle-income households, thanks to their affordability and convenience as against pricey cars or the fractured public transport infrastructure in our country. Considering the segment's volume and reach among the mass population, any discussion on electrification of vehicles and promoting cleaner means of mobility should ideally start from this space.

India's tryst with electric two-wheelers was more than a decade ago, but it is only in recent times that the segment is coming of age, both in terms of product diverseness and market acceptance. In the first half of this year, the domestic market sold more e-2Ws than it did in the entire year of 2020, despite a severe COVID wave. The segment has been growing consistently at a CAGR of 62 percent since 2016 and is one of the leading vehicular segments to make a strong comeback post-COVID. There are more than a handful of well-established EV manufacturers shining in this space today, along with a host of startups and related tech companies. The volumes are low as against the figures of ICE-powered two-wheelers, no doubt, but the electric space is consistently growing and is certainly the future resort of the industry.

As per McKinsey's latest report, our e-2W market is expected to hit 4.5 to 5 million units by 2025, accounting for about 25-30 percent of the total two-wheeler market in India, while also reaching 8.2-9.2 million units by 2030. So, what's driving this phenomenal transformation? Considering the speedy ongoing recovery of the industries and people from the COVID-induced economic abyss all through this year, the year 2022 is going to be a defining period for the domestic e-2W market to expand its wings and take-off to embrace complete transformation.

This article takes you through the top ten developments relating to products, technology, and market dynamics in the e-2W space in India that are worth keeping a tab on. 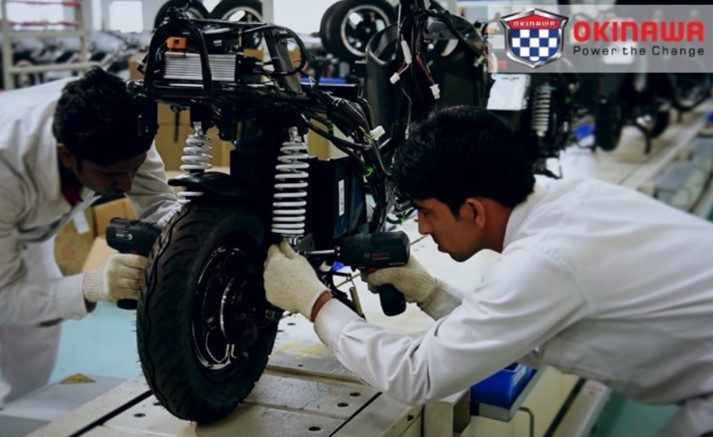 It is no surprise that the low-spec budget e-scooters are sold in high numbers in India. But, unlike some years ago when cheap and rebranded China-sourced e-scooters were the only option available to customers, about 70 percent of the e-2W sales in 2020-21 came from three established manufacturers namely Hero Electric, Okinawa Scooters, and Ampere Electric. Yet, most of their products still have a high dependence on China-sourced components and are essentially low-speed, low-cost variants. This trend is likely to continue next year as well, although a fair recognition of mid-premium and high-spec models from manufacturers like Ather Energy, Ola Electric and Simple Electric in terms of market sales is also expected.

The Chetak and iQube phenomenon

The year 2020 saw the launch of two important e-scooters – Bajaj Chetak and TVS iQube. If you wonder what's the big deal with these two products, do remember that they come from the stable of longstanding OEMs whose forte is ICE two-wheelers. These two products mark the entry of traditional manufacturers into the electric segment, whose success will have a phenomenal impact on the plans of all other manufacturers eying this space. Both the models have garnered record sales – Bajaj Chetak bagging 3,330 units and TVS iQube delivering 2,609 units up until July 2021 – that too from limited regions in which the products are offered. They are receiving widespread recognition among buyers, while the importance of brand value cannot be overlooked anymore in the e-2W space. With improved supply and pan-India sales, both these e-scooters are expected to hit record sales in 2022 as well.

The much-awaited 'Tesla moment' of the Indian e-2W industry is already here, with Ola's disruptive 500-acre 'future factory' with an annual capacity of 10 million units and launch of its competitively priced S1 and S1 pro-e-scooters. There appears no cost-cutting in the product specs per se, as the scooters have an impressive, industry-leading range of 121 kms (S1 with 2.98kWh battery) and 181 (S1 Pro with 3.97kWh battery) powered by what the company calls a 'Hyperdrive motor' offering a peak output of 8.5 kW. The list also includes multiple riding modes, smart connectivity, and a host of rider assist functions. The company is also into developing an Ola 'Hypercharger' network claimed to be "the world's largest, densest, fastest two-wheeler charging network with 1 lakh locations across 400 cities"! The year 2022 is to witness how Ola's disruptive strategies pan out amid market realities.

With the domestic e-2W market becoming a hot turf with next-generation start-ups and products, new entrants flock into the space with fresh ideas and strategies. Next year is likely to be a defining period in this regard, as a couple of traditional motorcycle manufacturers are expected to launch their electric vehicles. This includes Hero Motorcorp, one of the largest motorcycle makers in the world, which recently teased its near-production e-scooter that is likely to hit the market sometime in 2022. The brand is also developing multiple other electric offerings with fast charging and swappable battery technologies.

On the other hand, KTM and Husqvarna brands are reportedly working on high-performance motorcycles based on Bajaj's EV platform (that also underpins Chetak e-scooter) by accommodating motors ranging between 4-10 kW. Husqvarna will also be launching its E-Pilen electric motorcycle next year, which is also based on the platform and will be manufactured at Bajaj's Chakan facility located in Pune.

Electric sport bikes are as fancy as it gets in the motorcycle world. Ultraviolette Automotive, an electric motorcycle start-up backed by TVS, is in the spotlight this year, as it has set up its first manufacturing facility with an annual capacity that can be gradually scaled up to 1,20,000 units. It is expected to begin the production of its F77 motorcycle very soon, and the early batches of the sporty electric bike are likely to hit the market by March 2022. If things go as per the company's claims, the F77 is capable of giving a new dimension to electric mobility in the two-wheeler space in India. Not just affordability or price considerations, even leisure can be considered as a demand factor for e-2Ws, once F77 proves its mettle. 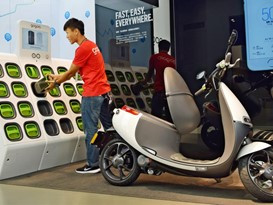 With an expanded scope and flexibility to various applications, even e-scooters face the problem of range anxiety and charging infrastructure. To address these limitations, detachable and swappable battery systems as a practical solution is getting some attention. Market analysts expect this to be a game-changer in the two-wheeler segment, to double the country's progression towards mass electrification. Sun Mobility is taking a lead in India in this regard, while four leading global OEMs namely Honda, KTM, Piaggio, and Yamaha have recently established a consortium to develop swappable batteries for electric motorcycles and scooters at the international level. Hero Motorcorp is also working on a battery swapping system along with its partner Gogoro based in Taiwan.

Bengaluru-based start-up Simple Energy is making this idea of removable battery its USP. The company's One e-scooter is equipped with a cuboid-shaped 4.8 kWh lithium-ion battery pack (class-leading battery capacity), of which a part 1.6 kWh is removable. This enables the scooter to offer a phenomenal range of 203 kms in real-world conditions, with segment-leading acceleration and top speed. The e-scooter is competitively priced to take on the likes of Ather 450X, TVS iQube, Ola S1, and Bajaj Chetak.

Limited scale is perhaps the biggest hurdle to the localization of EV components in India, which presents an Rs.200 billion market opportunity by 2025. OEMs and new startups are keen to source a majority of non-critical components including chassis and body parts, small motors, controllers, and other items shared by ICE motorcycles. With increasing vehicle sales in 2021-22, there would be a substantive push for the localization of these components. However, local sourcing of components with deep technological capabilities such as battery cells, power electronics, and traction motors may take some time, as OEMs may still find imports cheaper by 15-25 percent at the least. BMS and TMS systems for electric two-wheelers, on the other hand, are relatively easier to develop locally, given higher capital infusion and vibrant R&D infrastructure.

The transition towards Lithium-ion batteries 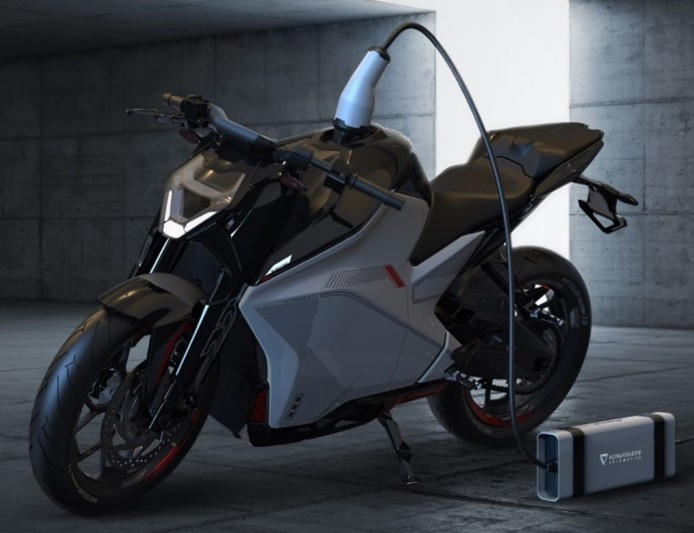 Five years ago, when Li-ion battery-powered e-scooters were introduced in India, their value proposition for buyers was very limited due to higher upfront costs. But today, consumer preference has largely moved towards Li-ion powered vehicles owing to their relative advantages in terms of range, power, and charging cycle. Although a majority of manufacturers continue to use lead-acid batteries that are cost-effective and can be locally procured, medium-to-high-speed and premium two-wheelers have already transitioned to Li-ion batteries. Since the market share of such vehicles in terms of overall e-2W sales is largely increasing over the last two years, a further transition towards Li-ion batteries in the e-2W space is expected in 2022. Moreover, to qualify for FAME-II subsidy, new models awaiting market launches are likely to be high-powered with Li-ion batteries to meet the revised standards of minimum riding range of 80 km and top speed not less than 40 kmph.

As of today, manufacturers prefer 36V or 48V batteries for their e-2W, as they are cost-effective and safer to use. They are perfectly suited for low- and medium-speed scooters and e-bikes that make a reasonable balance between range and power. But higher-voltage batteries like 60V or 72V batteries make more sense for high-performance and premium models, as they can provide greater power efficiency. The low-power dissipation of such batteries provides high reliability and super long service life, thereby increasing their penetration in the market. With buyer preference moving towards advanced and premium models, new models of e-scooters with 60V or higher batteries are expected to enter the market in 2022.

Price parity on par with petrol

With skyrocketing petrol costs and revised prices of new BS6 two-wheelers since mid-last year, electric scooters are being proposed as the potent 'antidote' for the financial pinch-faced by end-users. Consumers are increasingly aware that the TCO of electric scooters and e-bikes is less than their petrol counterparts in the long run. In the entry-level scooter and commuter bikes segment, their buying costs are comparable, thanks to competitive and scaled-up manufacturing at present. However, the higher upfront cost is a major dampener, as the two-wheeler market is highly sensitive to pricing. Thus, in addition to favorable TCO, lower upfront costs are essential for the mass adoption of e-2W.

According to a report by Avendus Capital (ACPL), the point of inflection for mass adoption of e-2W is expected around FY 2023, with battery prices falling to $160-170/kWh. As battery prices come down, any reduction in upfront cost will kindle customer interest. Together with additional sops and incentives (like the successful implementation of FAME-II) from governments, achieving cost parity is possible. There is no doubt that the upcoming years will be a litmus test to this prediction on e-2W achieving favorable cost parity.