The Indian government's thrust on EV policy and related measures have bode well for the sector. This article explores the policies and incentives implemented, and ensuing disruptions in the sector, with a special emphasis on Delhi.

The growth of EVs has been one disruption, which has in quite many ways started to change the automobile industry. In the last two articles, we focused on two of the most promising growth stories -- China and Norway. In the current issue, we bring the focus back to India, specifically on our National Capital Region, Delhi. 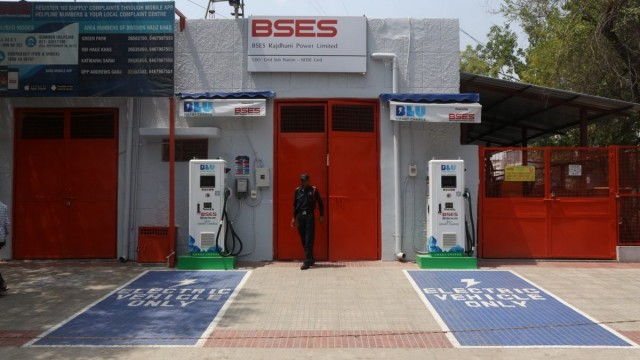 The development of the EV ecosystem in India took off with the formation of National Electric Mobility Mission Plan (NEMMP) in 2013. A big move in the form of FAME I came into effect in 2015 to encourage EVs which provided subsidies. Vehicles in most segments – 2W, 3W, electric and hybrid cars, and electric-buses - obtained the subsidy benefit of the scheme. The scheme was later extended till 2019.
Adjoining state-level policies started to develop from 2017, with Karnataka being the first state to float its own EV policy. To support the growth of EVs, government released a clarification in 2018 declaring EV charging as a service by Ministry of Power and also released guidelines and standards for setting up of public infrastructure. The year 2018 saw release of six state-level EV policies, with Delhi being one of them.
Last year, saw further amendments in model building bye-laws by Ministry of Urban Development, and the launch of phased manufacturing plan along with FAME II. During the budget, GST for EVs and chargers were lowered to five percent, with benefits on subsidized interest rates for purchase of EVs. All of these measures were targeted to help the EV sector gather steam and grow eventually.
Delhi launched its draft EV policy on November 27, 2018, for stakeholder consultation and review and finally launched the final policy on December 23, 2019. The vision is to have 25 percent of all vehicles as EVs by 2023. If the plan is realized, it will account for fuel saving of `6,000 crore and end emission of 4.8 MT of CO2 almost equivalent to one lakh petrol vehicles. The intention being clear - to take concrete steps to curb air pollution.
To drive large-scale adoption of EVs, this policy will, therefore, focus attention on:
• Incentivizing the purchase and use of e-2W
• Supporting the electrification of public/shared transport 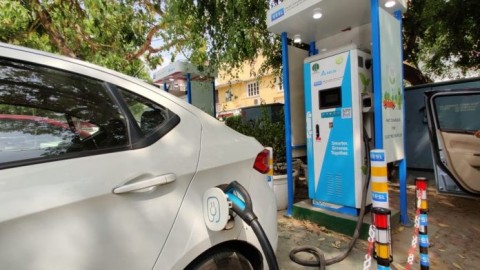 The Delhi EV policy has been hailed by experts from all sectors as being the most holistic. The policy offered something to each stakeholder – consumers, start-ups and other private entities. The major focus of the policy is directed towards 2Ws and 3Ws, which account for 2/3rd of total vehicles in Delhi. Incentives and subsidies are announced for both electric 2Ws and 4Ws based on engine power of the electric motor. Delhi government had targeted 35,000 EVs by 2020; at present, there are around 76,000 EVs in Delhi. The target is to have five lakh EVs on road by the next five years. Special provisions have been detailed for ride-hailing and last-mile delivery services, with the vision of 50 percent electrification by 2023 and an ambitious 100 percent by 2025.
Upfront subsidy of `30,000 on purchase of electric rickshaw and carrier vehicles, and five percent subsidized loan to EV buyers has been provided as well. For electric 4Ws a subsidy of `10,000 per kWh, up to `1.5 lakh. Electrification of public transport is one area that is anticipated to grow faster, keeping this in mind, the policy specifies the target of having 50 percent new electric buses by 2025. All road taxes and registration fees for EVs are to be waived off. Existing subsidies provided by Delhi Pollution Control Committee will stand withdrawn and subsumed under the purchase incentives for e-2Ws. Incentives would be applicable and paid out as per FAME India guidelines. If the FAME India incentives are be reduced during the validity of the policy, GNCTD will review the additional incentives offered by the policy in a manner that ensures the price competitiveness of e-2W with equivalent ICE 2W.
The focus has also been on setting up of enabling infrastructure, the policy talks about setting up of 250 charging stations. The government will be helping in providing power connection for people who want to set up EV charging stations at home and office. Creation of a dedicated EV cell is being discussed which will be monitoring the progress and development of an EV Fund which will be used for the growth of EVs in the state. The EV fund will be created through taxes and surcharges being taken from ICE users, these include pollution cess, air quality parking surcharge, higher toll taxes, congestion fees, etc. The policy also goes ahead to incentivize scraping of old ICEs for purchase of a new EVs. The draft policy also discussed the reuse of EV batteries and recycling, which is critical for making EVs truly sustainable in the long run.

Delhi was the first State that saw the launch of India's first all-electric cab services by Blu-Smart in June 2019, in association with Mahindra Electric. The fleet operator also set-up its own 25 charging stations in Delhi. This was soon followed by the State-run Energy Efficiency Service Ltd (EESL), in collaboration with South Delhi Municipal Corporation (SDMC), on December 14, inaugurating the first EV public charging station in South Delhi. The charging station, which is installed near SDMC market area of Greater Kailash, is just the first one of the 75 charging stations the organization is planning to install in Delhi. With this move, EESL and SDMC plans to set up and boost the adoption of EVs in the national capital.
Earlier in June, BSES set-up its first public EV charging station as part of the plan to set up over 150 EV charging stations across its licensed area in the capital. At present EESL has set-up 55 charging stations across Delhi and plans to set up 300 more in Delhi-NCR in the near future. BSES has also come up with a mobile application named ElectreeFi Mobile App, using which customers can locate the nearest charging point and also make online payment along with advance booking. As per BSES, the charging initiation and session authentication would be done using RFID, SMS, and mobile apps. An alert will be sent if the vehicle connector is not properly connected to the electric vehicle. The smart public chargers are of 15 kW power and will fully charge a vehicle in an hour.
The tentative cost of charging, including the cost of electricity (as per DERC tariff) and the overheads (parking charges, recovery of equipment cost, etc.) will be between `160 and `200 for a full charge. Which means, the consumers will pay `1.60 to `1.80 per km.
Overall, though the movement has been slow, there are signs of market growth. What is required is to set up appropriate and innovative business models that can attract customers and fleet owners. With decreasing battery costs, increasing battery efficiency and energy density EVs seems to serve as the best possible solution for Delhi's alarming pollution woes. Yes, there are problems that the sector is facing, and these need to be addressed in time to retain investor interests in the sector. Delhi has the potential to show the way to other States in terms of execution, especially now, with a well-drafted policy in place. 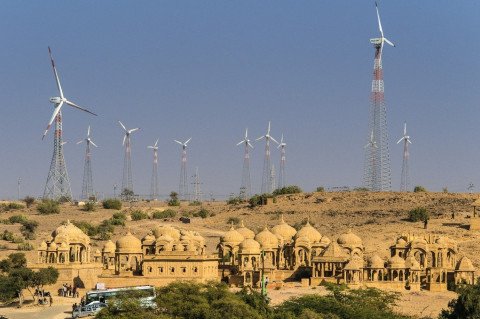