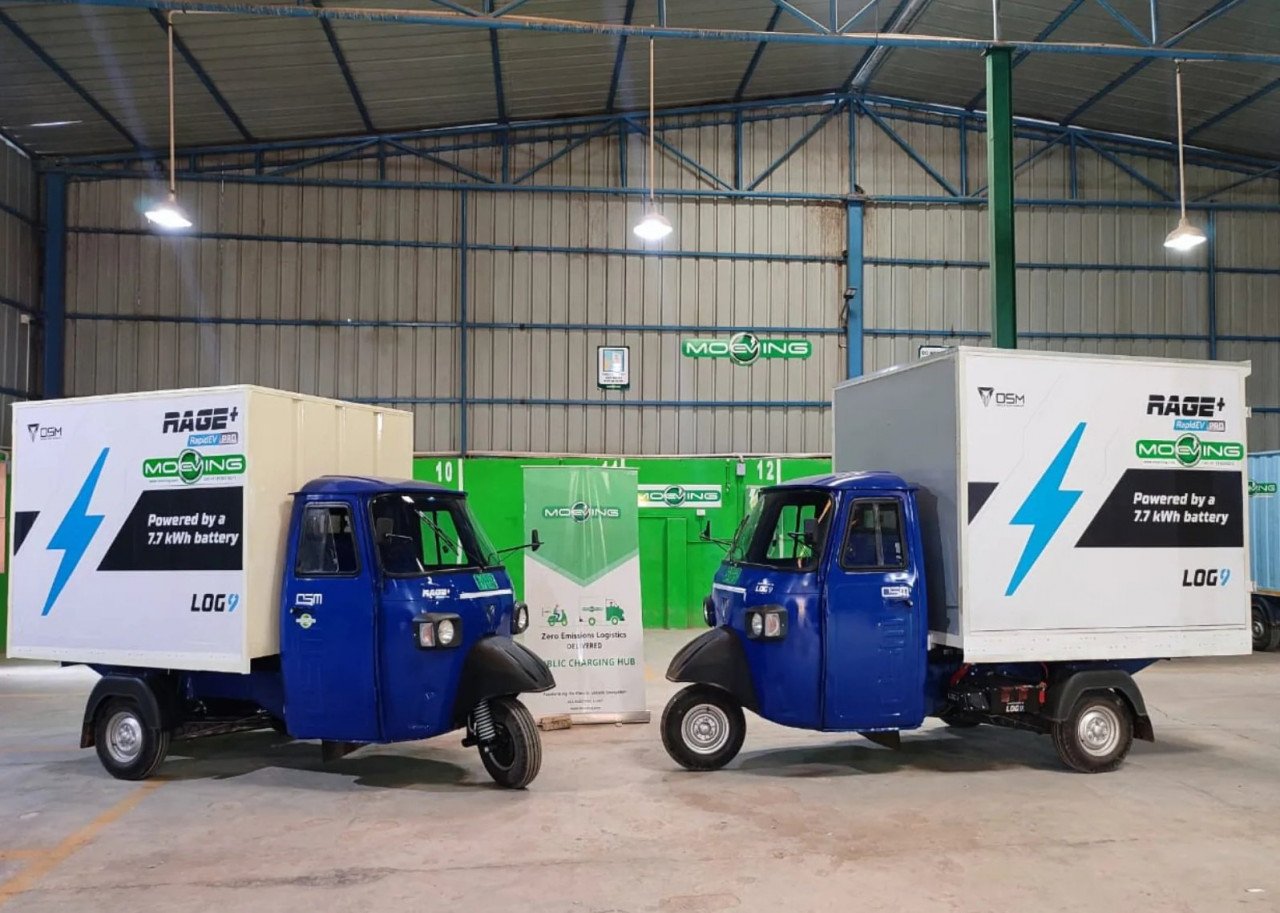 Integrated with Log9's InstaCharge battery technology, this e-3W vehicle platform, dedicatedly designed for the country's e-commerce logistics segment, gets fully charged (from 0 to 100 percent) in 45 minutes, provides up to 95 km range, can deliver long distances on a single charge, and operate across very wide temperatures ranging from -40 degree to 60 degree Celsius. Further, made to suit Indian climatic conditions, the vehicle also comes with a warranty of 6 years or unlimited km and offers a battery life of over 10,000 cycles. In a bid to increase the efficiency and productive use of the vehicle fleets, Log9 and OSM have also tied up with fleet operators like MoEVing in Delhi and LetsTransport in Bengaluru. In November 2021, OSM and Log9 jointly launched the Rage+ RapidEV – which had been integrated with Log9's 5.8 KWh battery.

Alongside the advanced battery tech, the Rage+ Rapid EV Pro also comes equipped with some major upgrades on the reliability and robustness aspects of the vehicle, thus ensuring lower maintenance costs over the long term for the customers. As a part of this collaboration, going forward, Omega Seiki Mobility and Log9 will be endeavoring to deploy over 5000 units of Rage+ RapidEV Pro vehicles by FY 2022-23. These deployments will start from New Delhi and Bengaluru, and thereafter various other cities will be targeted and tapped into.

Uday Narang, Founder, and Chairman, of Omega Seiki Mobility, said, "We have an order book of 50,000 plus cargo electric three-wheelers. We are aggressively expanding our operations with the launch of new facilities and products. We aim to change the face of mobility in the country; and to that end, the showcase of revolutionary Rage+ Rapid EV Pro is a proud moment for us. Our plans for the future are to create fast charging solutions for our upcoming trucks and tractors."

Speaking on the unveiling of the vehicle, Kartik Hajela, Co-Founder & COO, Log9 Materials said, "Given the enhanced range that our powerful, longer-lasting battery offers to the vehicle, the Rage+ RapidEV Pro will redefine TCO for a typical 3W used for the e-commerce industry, thus making the value proposition even more lucrative for customers. With e-commerce being off late spreading its influence into new markets such as tier 2 where the charging infra is scarcely and rarely available, vehicles such as the Rage+ Pro that can run long distances on a single charge will be the key enablers for faster adoption of EVs."