Each One Save One Benefits All

There are strong correlations between climate and energy because of its relationship with human population growth, rising energy consumption and land use, and the resulting greenhouse gas emissions and climate change. 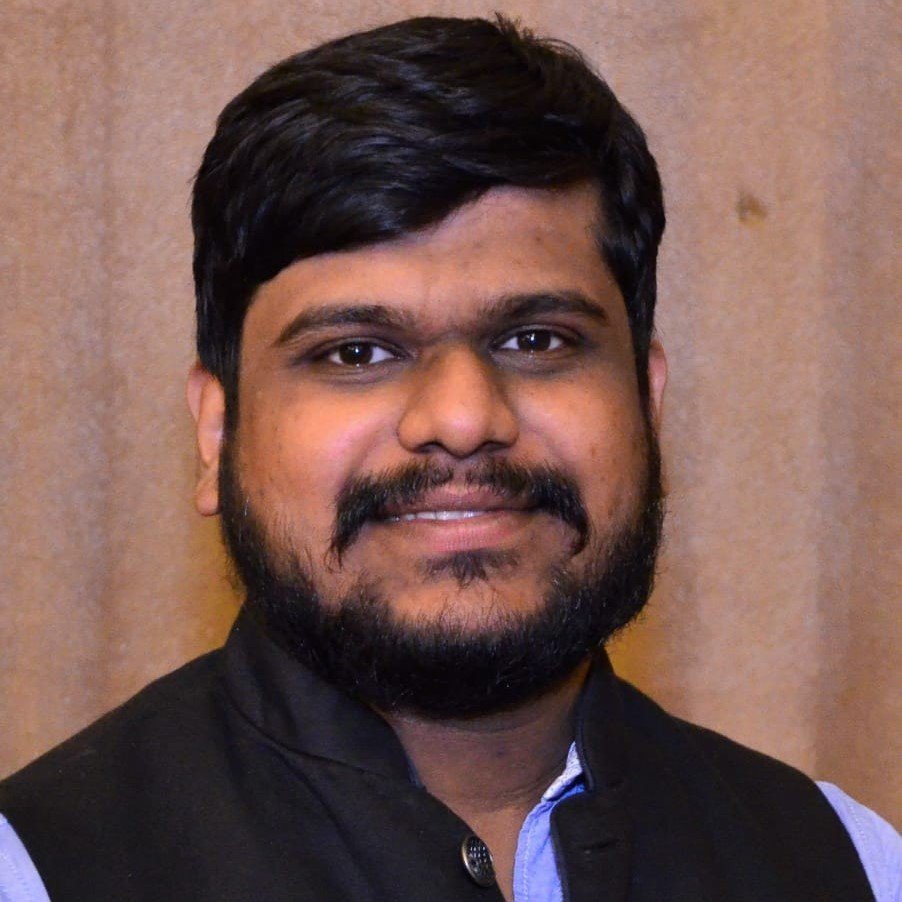 The urgency and need for climate change control, and mitigation is a global concern. Despite all efforts to control global emissions, the Atmospheric CO2 concentration is on the rise. As per the Intergovernmental Panel on Climate Change (IPCC) report, the world is already hotter by 1°C than pre-industrial levels. It is imperative to limit global warming to under 1.5 °C or at max under 2°C above pre-industrial levels to avoid an irreversible change in the climate. At present, the world is on track for around 3 degrees of warming by the end of the century if it doesn't make major reductions in greenhouse-gas emissions. It could breach 1.5 °C sometime between 2030 and 2052 if global warming continues at its current rate.

There are strong correlations between climate and energy because of its relationship with human population growth, rising energy consumption and land use, and the resulting greenhouse gas emissions and climate change.

Earth Day Network® (doing business as EARTHDAY.ORG™) grew out of the first Earth Day on April 22, 1970. This pivotal moment in history united people on a global scale with the single-minded objective of ensuring a greener, cleaner planet for all; one in which natural wealth increases and waste is managed. 51 years on, the organization is recognized as a central actor in the worldwide fight against climate change with ongoing engagements in 190 countries and with over 50,000 organizations.

EARTHDAY.ORG's ongoing global theme is 'Restore Our Earth.' One of the ways our India Office works towards this is by building awareness about the need to reduce energy use since 60-80 percent of electricity requirement in India is generated from coal-based power plants. The use of this fossil fuel releases fumes that harm the climate. Our initiative low carbon lifestyle involves raising awareness of climate change and motivating people to adopt lifestyle changes to lower their carbon footprint. We conduct regular sessions with youth to build awareness and share simple measures one can adopt to become more responsible in their daily actions. 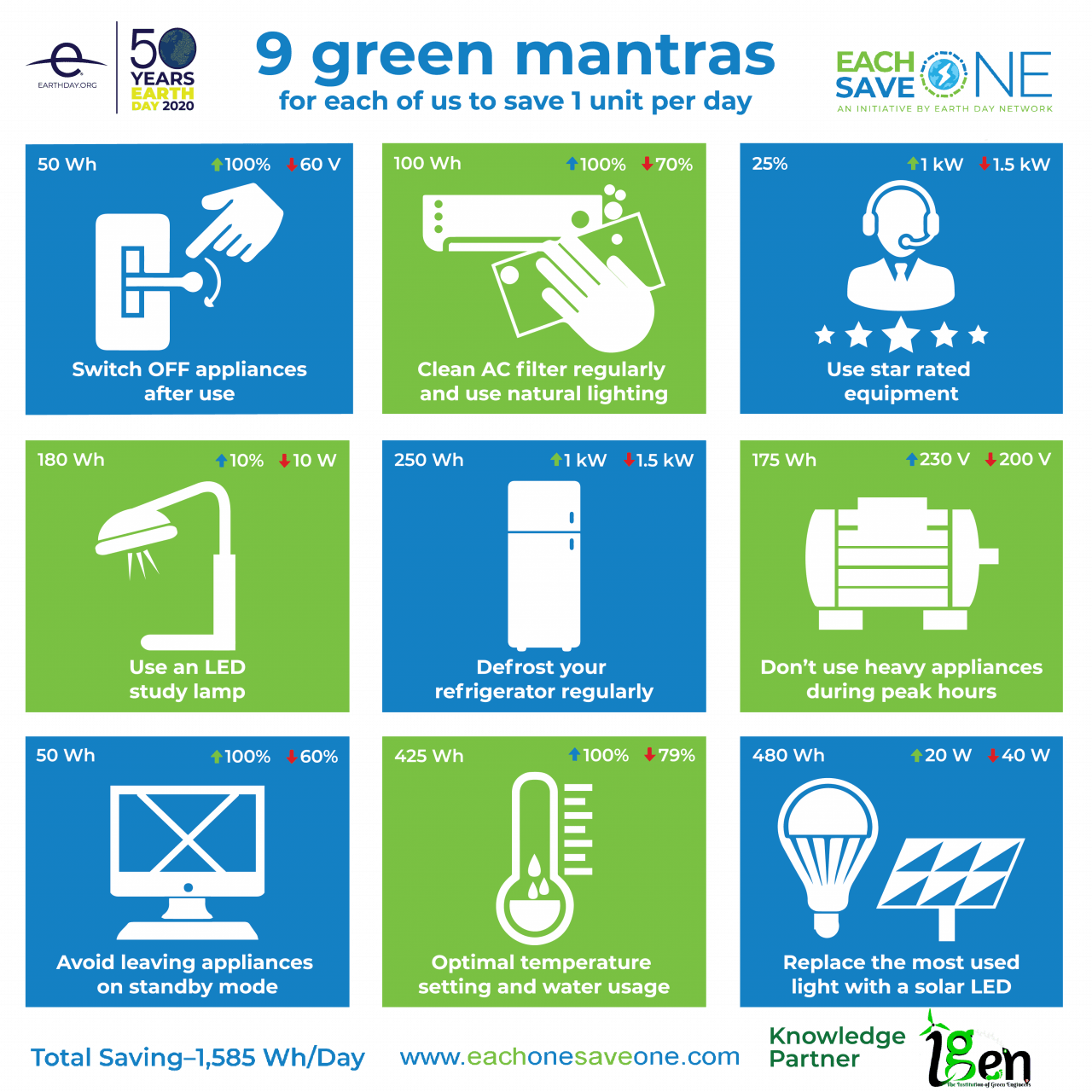 9 simple “Green Mantras” that can save one unit of electricity daily (Source: EARTHDAY.ORG)

See how easy it is to implement them! You can take the pledge to save one unit of electricity daily by visiting www.EachOneSaveOne.com

You may be wondering, but what is one unit of electricity?

Unit of measurement for electrical energy is kWh (Kilowatt Hour) and 1 unit of electricity means, using any equipment rated at 1 kW for 1 hour. For example,

And there is also an impact on your wallet. Saving one unit of electricity daily will mean 30 fewer units a month and that will reduce your monthly electricity bill by around Rs 200- 250 depending on tariff charges levied by your service provider.

Did you know that saving ONE unit of electricity will actually save TWO units of electricity being generated? Yes, this is true, since the overall efficiency of electrical energy from generation to utilization is only about half. Thus one less can save nearly double the resources required to generate and supply that unit at your end.

Are you wondering whether there is a direct connection between your energy use and the environment?. When you consume less power, you reduce the number of toxic fumes released by power plants, conserve the earth's natural resources and protect ecosystems from destruction. By taking steps to reduce your energy intake, you'll contribute to a healthier and happier world. Yes, it is really that simple and easy. Not only is it simple, but it's also quite beneficial to save on your electricity bills.

Now that you understand the power of this simple pledge we encourage you to take the pledge and also share it with others. You can observe your consumption patterns and identify more ways you can conserve electricity by simply avoiding wastage and minimizing consumption by adopting more energy-efficient devices. We can also expand this simple technique to other resources and by just being more mindful you can help reduce your carbon footprint. The cumulative impact of such simple efforts can create massive change. Just imagine the power of a billion people conserving one unit of electricity daily.