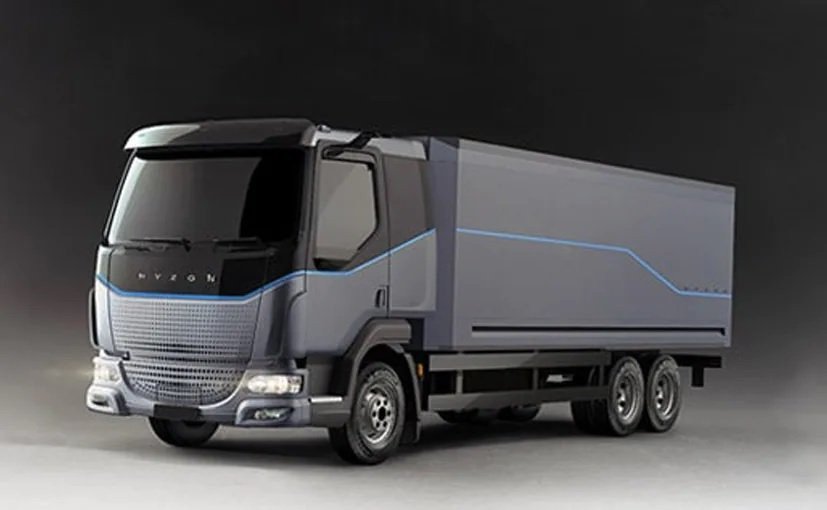 Hyzon Motors Inc. has announced that it has developed new onboard hydrogen storage system technology capable of decreasing the weight and manufacturing cost of commercial vehicles powered by Hyzon's hydrogen fuel cells.

The new patent-pending onboard hydrogen storage system technology incorporates lightweight composite materials with the system's metal frame. It has the potential to reduce the overall weight of the system by 43 percent, storage system costs by 52 percent, and the essential manufacturing component count by 75 percent, based on a single-rack system with the capacity to store five hydrogen cylinders, company said in a release on Thursday.

"Hyzon is committed to continuous innovation in our zero-emission commercial vehicles, down to every detail, enabling our customers to make the switch to hydrogen from diesel without compromise," Hyzon CEO Craig Knight said.

"After years of research and development alongside our partners, this new storage technology optimizes the building cost of our hydrogen fuel cell-powered commercial vehicles, while reducing overall weight and increasing mileage capabilities. This makes Hyzon vehicles an even more attractive alternative to heavy vehicles powered by combustion engines," he added.

In addition to reducing the weight and costs, the storage system can be configured to hold varying numbers of hydrogen tanks. The smallest version can hold five tanks and can be extended to seven tanks because of its modular design. A separate version can hold ten tanks, appropriate for trucks driving longer distances. While these two options are mounted behind the cab, a third storage system allows for an additional two tanks to be mounted to each side of the truck, extending the vehicle's range without diminishing the size of the trailer, the release said.

The development of this technology was a cross-Atlantic collaboration between Hyzon Europe and Hyzon US, with the company planning to produce this new system in its Rochester, NY, and Groningen, the Netherlands, facilities. The technology will be implemented in Hyzon's vehicles worldwide, the release said.

The company also anticipates licensing this new system to other commercial vehicle companies. As part of the Hyzon Zero Carbon Alliance, a global consortium of companies active along the hydrogen value chain, original equipment manufacturers (OEMs) are projected to have access to the technology.

The new technology has already been installed in pilot trucks in Europe and is anticipated to be positioned across all vehicles beginning Q4 2021, the release added.