Kia, Hyundai partners with Next Hydrogen to develop an alkaline water electrolysis system 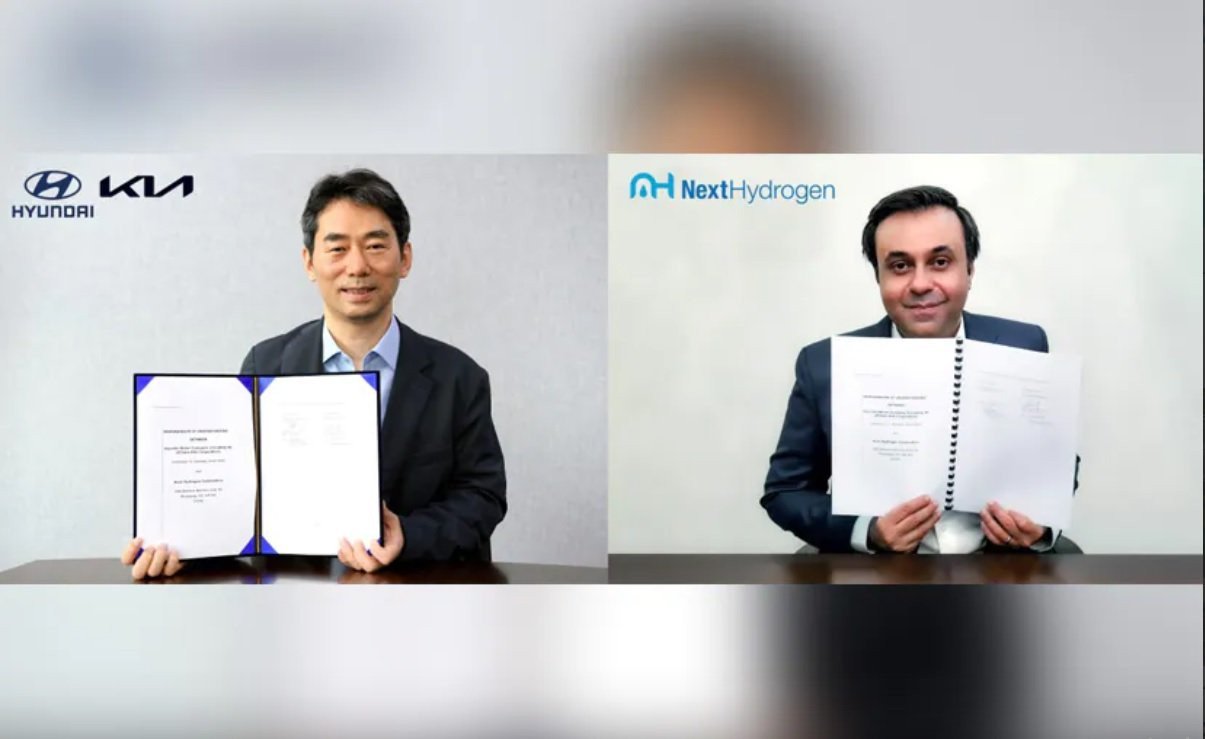 Kia Corporation and Hyundai Motor Company have announced that they have signed a memorandum of understanding (MoU) with Next Hydrogen Corporation, a Canadian company specializing in water electrolysis technology to boost their efforts to usher in a global hydrogen society through cost-effective production of clean hydrogen.

Under the agreement, the companies will mutually develop an alkaline water electrolysis system and its related stack to generate green hydrogen economically and explore new business opportunities and technological applications.

Today it is expensive and time-consuming to produce clean hydrogen. Due to this reason, Kia, Hyundai Motor, and Next Hydrogen are looking to improve the price competitiveness of clean hydrogen in consideration of regional climate and environmental characteristics.

Among the various methods of water electrolysis, the alkaline water electrolysis system is considered technologically one of the most thoroughly tested and proven means with a long track record of research and development. Also, it has the advantage of being able to produce large-scale hydrogen and using relatively inexpensive catalysts, making facility costs low.

The key benefit to be derived from the project is that by enhancing the performance of stack-related technologies in the alkaline water electrolysis process, it will be possible to develop a new stack that can be operated at high current density and produce green hydrogen economically.

The newly developed stack will use Kia and Hyundai Motor's component technology related to electrodes, bipolar plates, and current collectors, combined with Next Hydrogen's design technology.

Kia and Hyundai Motor will also supervise the test performance of the new stack. A pilot test is planned for next year, and the companies will also explore potential technological applications and commercial arrangements.

Hyundai Motor Group, the parent of Kia and Hyundai Motor, recently introduced 'HTWO', a new brand representing the Group's world-leading hydrogen fuel cell system. The Group is stepping up its efforts to develop a next-generation hydrogen fuel cell system that can be applied to various forms of mobility such as urban air mobility (UAM), automobiles, vessels, and trains, and beyond.

Among the variations of hydrogen produced by different methods, green hydrogen is one of the cleanest varieties, generating zero carbon emissions, as it is produced using water electrolysis powered by renewable energies such as offshore wind.

Apart from green hydrogen, grey hydrogen is made with fossil fuels and releases CO2 into the air as they combust, while the blue hydrogen is produced the same way, but its carbon-capture technologies prevent CO2 from being released into the air and instead store carbon dioxide deep underground
Author : Moulin Oza
Related Tags
Hydrogen Fuel R&D INSIDE TECHNOLOGY cleanenergy
arrow_back H2Fly, Deutsche Aircraft partners for developing H...
arrow_forward Mahindra, Magenta partners to deploy Treo Zor carg...